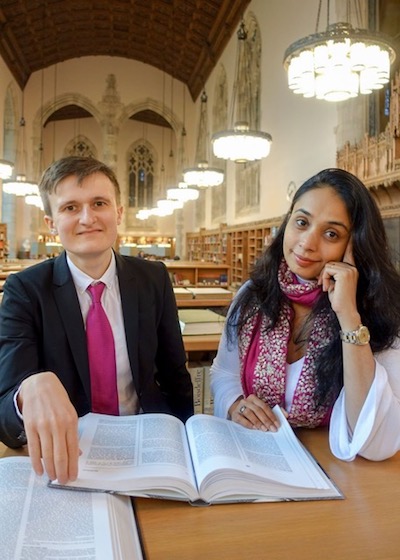 Ourselves in the World:  Reflections on First-Year Seminar

Recording will be shared with all the first-year students on Tuesday, May 5
Now that First-Year Seminar is drawing to a close, we invite you to tune into our final Forum event for the year: a roundtable discussion that will interrogate  the concept of the  “common course” in college education, and reflect  on the aims and experiences of FYSEM—Bard's version of this concept. To help us explore the subject, we’ve invited Professors Ayesha Ramachandran and Marta Figlerowicz of Yale University to be our guests. Most recently, they have co-taught the course “Selfhood: Race, Class, and Gender” (popularly known as “The Self Class”), which, parallel to our FYSEM, explores the nature of the “self” in history, partly through virtual reality. Professors Ramachandran and Figlerowicz are also part of an interdisciplinary group of scholars leading a project known as “The Order of Multitudes: Atlas, Encyclopedia, Museum,”  which aims to trace the long histories of information management across the globe dating back to the late medieval period. They, along with FYSEM’s co-directors, will be joined by a group of first-year students for a round-table that will be recorded and shared during the week of May 4. Please look out for instructions from your FYSEM professor about submitting questions in advance, since we are eager to have student questions framing the agenda of this hour-long discussion. 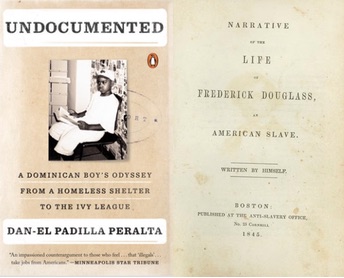 Literacy, Race, and Memory in Douglass and Undocumented

This talk will examine the relationship of literacy to the formation of the racial subject by reading a scene in Narrative of the Life of Frederick Douglass, An American Slave against a chapter of Padilla Peralta's own best-selling memoir, Undocumented: A Dominican Boy's Odyssey from a Homeless Shelter to the Ivy League.

Cosponsored by American Studies and the Council for Inclusive Excellence 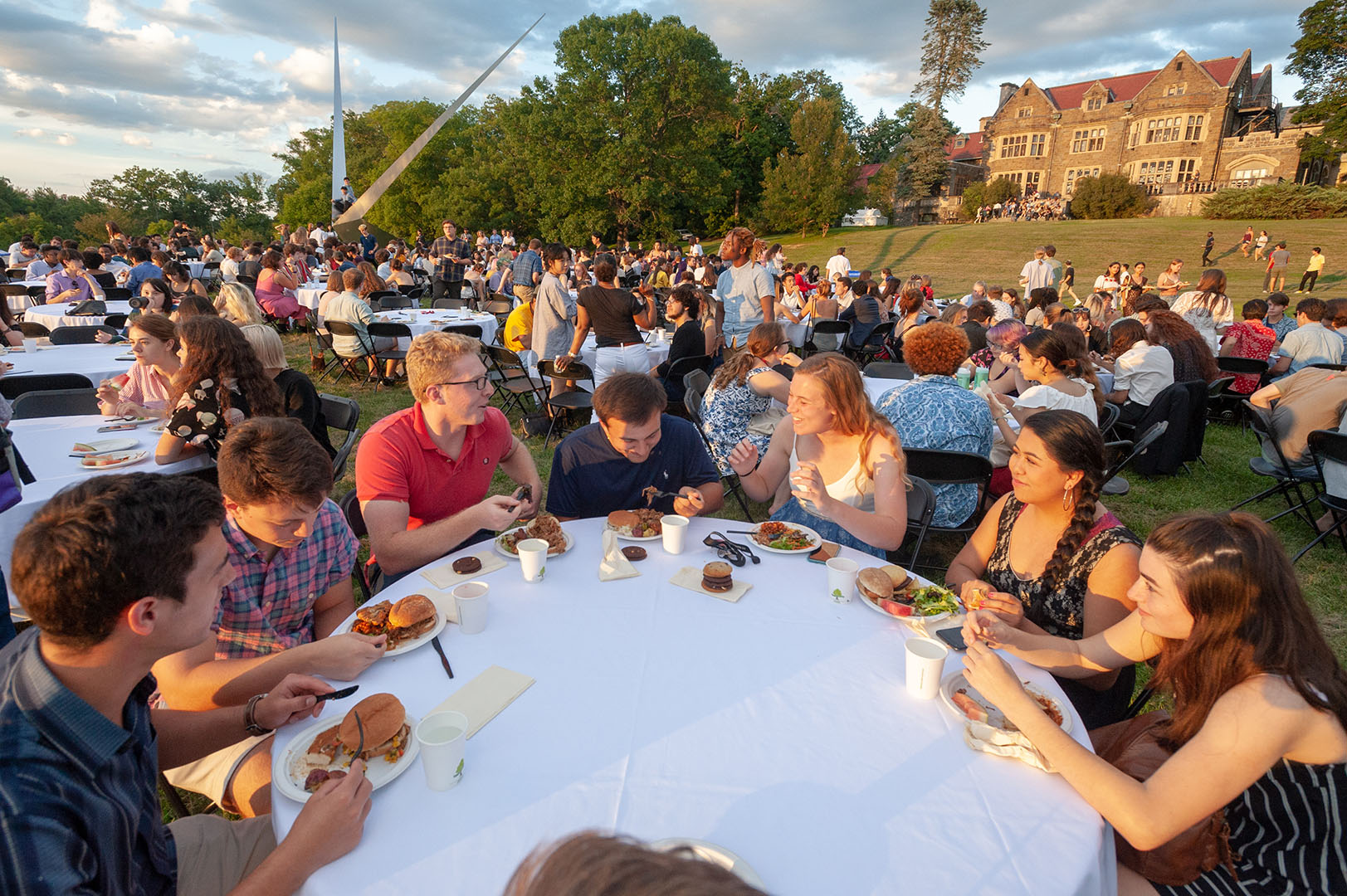 Monday, September 2, 2019 at 4:45 p.m.
The Lawn Behind Manor
Please join the other members of the Class of 2023, and the First-Year Seminar faculty and staff, for refreshments and conversation on Manor Lawn as we inaugurate our work together this year. 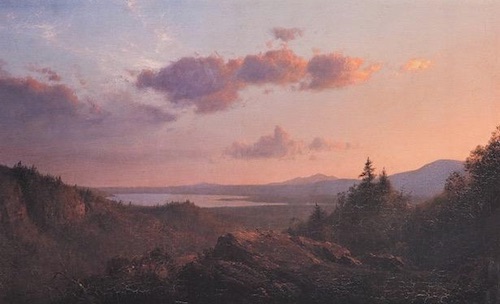 Who lived here before us? How does a sense of place, and its layered histories, contribute to our sense of self as students, as individuals, and as a community? Join us for a presentation and panel discussion about Hudson Valley history with Myra Armstead, Vice President of Inclusive Excellence and Lyford Paterson Edwards and Helen Gray Edwards Professor of Historical Studies; Susan Merriam, Associate Professor of Art History and Visual Culture, and Heidi Hill, Historic Site Manager at the Schuyler Mansion in Albany, NY. 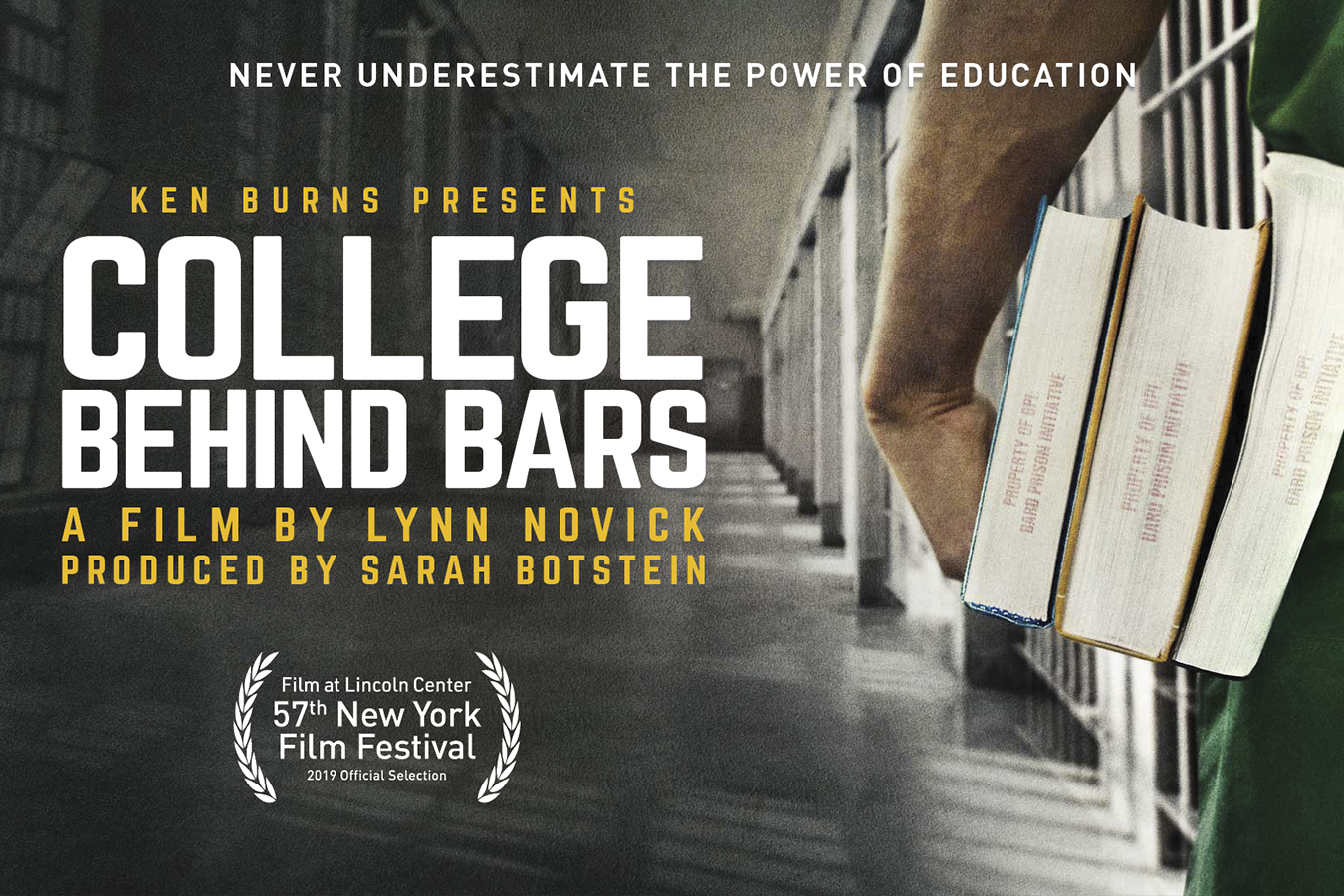 Special Preview of the New Documentary College Behind Bars

Directed and produced by award-winning filmmaker Lynn Novick, produced by Sarah Botstein, and executive produced by Ken Burns, College Behind Bars reveals the transformative power of higher education through the experiences of incarcerated men and women earning degrees in the Bard Prison Initiative (BPI), one of the country’s most rigorous college-in-prison programs. This preview event will feature segments from the documentary followed by panel discussions with Lynn Novick, BPI Executive Director Max Kenner ’01, and BPI alumni featured in the film. 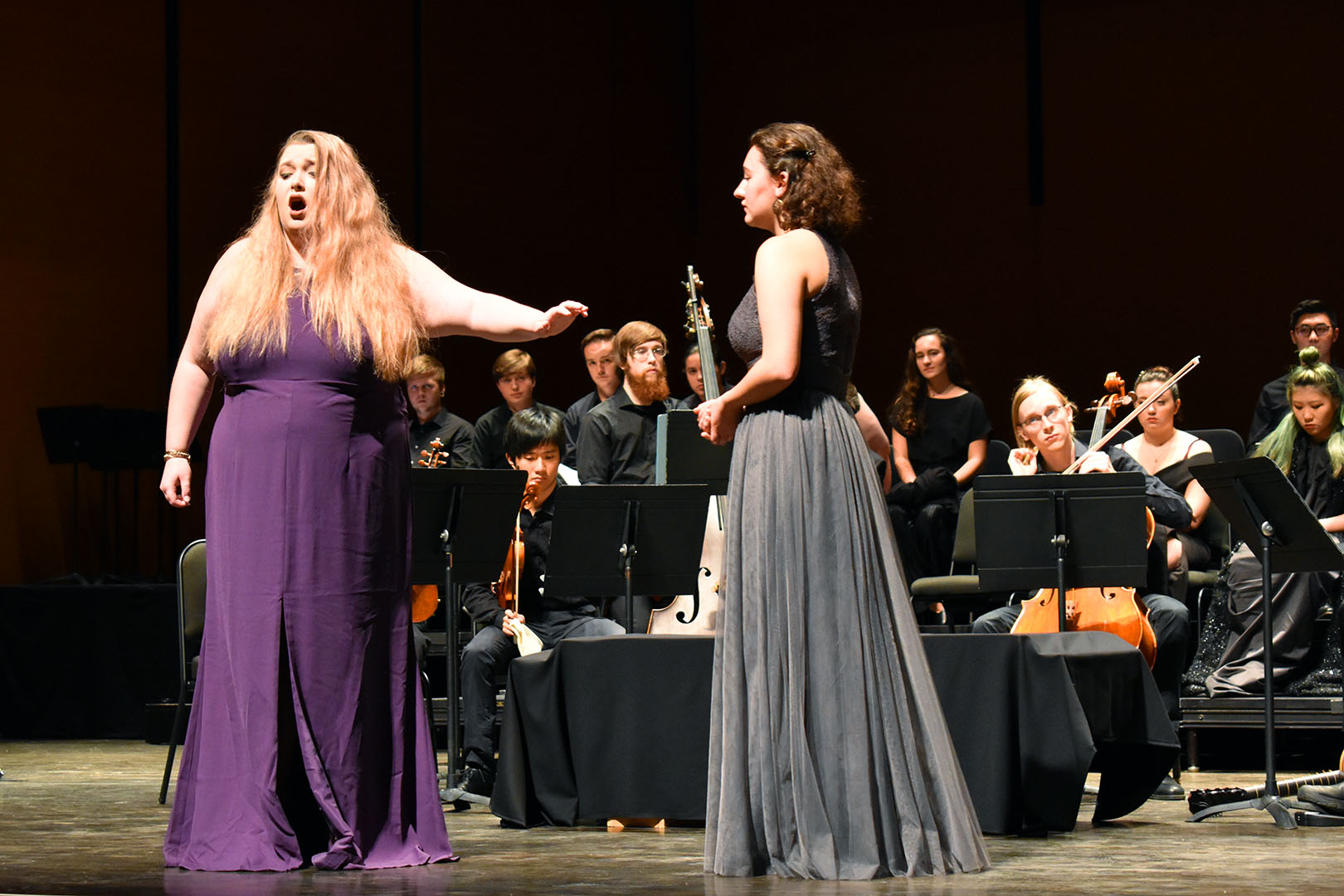 Dido and Aeneas at Bard College. Photo by Eliza Watson '21

Acclaimed tenor and Associate Professor of Music, Rufus Müller, together with Bard colleagues and students, presents selections from Purcell’s 1689 opera, Dido and Aeneas. Inspired by the Dido episode in the fourth book of the Aeneid, Purcell’s work translates into music the tragic love story at the heart of Virgil’s epic. 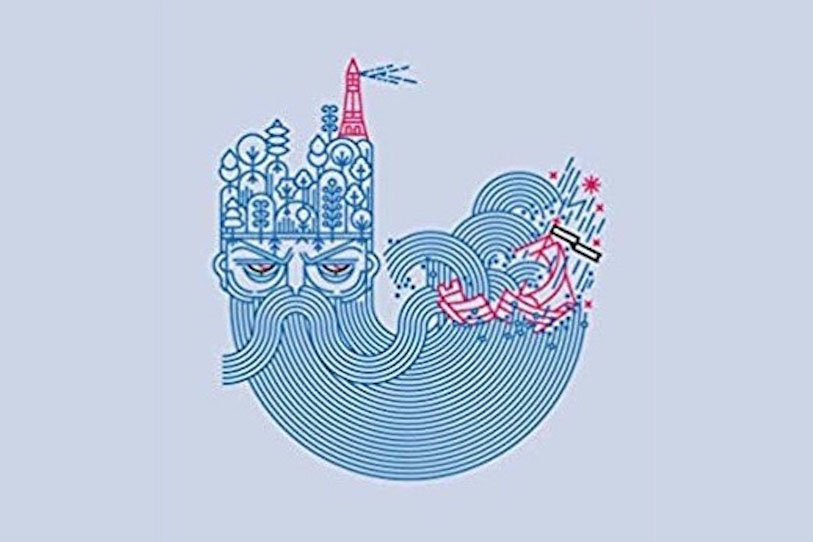 As you read Shakespeare’s drama of  fantastical encounters, magic, love, and betrayal, Bard College Artist in Residence Jonathan Rosenberg and a cast of professional actors perform scenes from The Tempest and discuss the interpretive choices they make when performing the play. 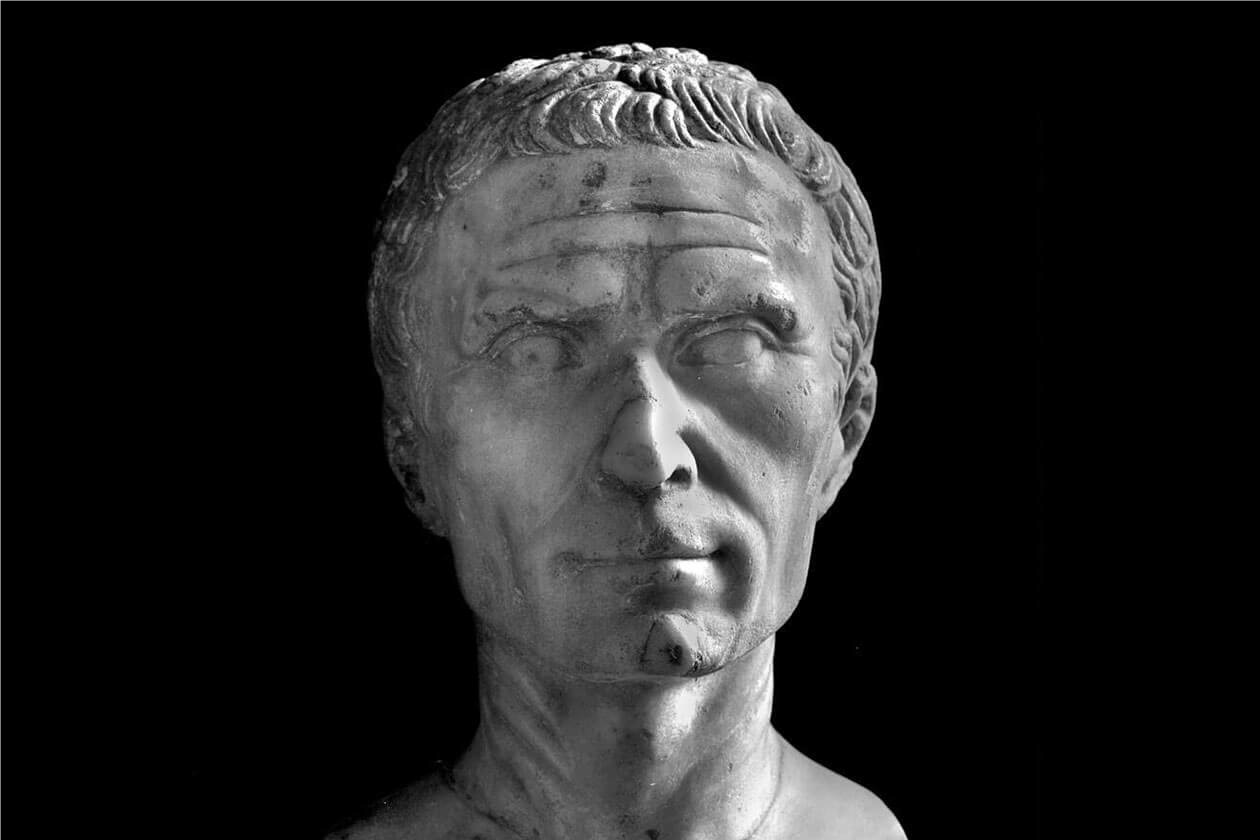 First-Year Seminar explores the dramatic story of the demise of the Roman military commander and “dictator in perpetuity,” Julius Caesar.  Bard College Artist in Residence Jonathan Rosenberg and a cast of four professional actors—Ezra Knight, Keren Lugo, Ken Marks, and Richard Topol—perform scenes from Shakespeare’s Julius Caesar and discuss the interpretive choices they make when performing the play. 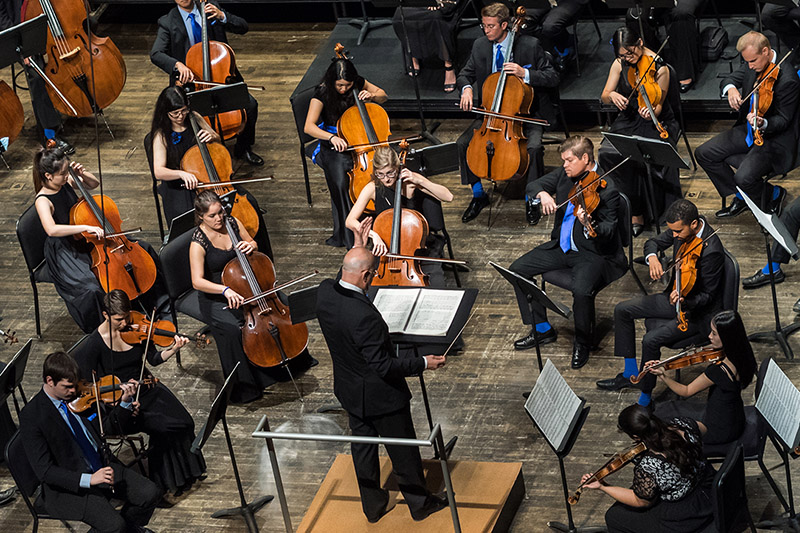 As students in Bard’s First-Year Seminar read Friedrich Nietzsche’s Also Sprach Zarathustra, conductor and historian Leon Botstein explores the relationship between Nietzsche and music. A discussion is accompanied by musical excerpts, then a full performance by The Orchestra Now, followed by an audience Q&A.

It starts with the most famous four notes in music. Join us in in Frank Gehry's iconic Fisher Center to hear Beethoven’s legendary Fifth Symphony—a work written under the imaginative spell of revolution. President Leon Botstein will discuss Beethoven and the Age of Revolution, and then lead Bard’s Conservatory Orchestra in a performance of Beethoven’s dramatic symphony.

You’ve read Rousseau, Wheatley, Toussaint, Tocqueville, and the Adamses in class: now come and hear Beethoven’s soundtrack to the Age of Revolution.
It’s the work that sets in motion the machinery of awe, of fear, of terror, of pain, and awakens that infinite yearning which is the essence of romanticism. —E. T. A. Hoffmann

The famous theme is derived from Cherubini’s revolutionary Hymne du Panthéon of 1794. The words for that piece were overtly revolutionary—“We swear, sword in hand, to die for the Republic and for the rights of man”—and it was a heck of a thing for a composer to encode in a symphony without words. If this had come out into the open in a city as reactionary as Vienna, he would have been incarcerated. —Conductor Sir John Eliot Gardiner 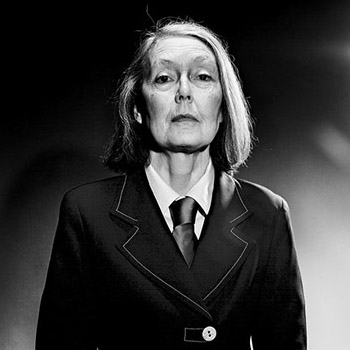 First-Year Seminar explores the poetry of Sappho through the lens of acclaimed Canadian poet, essayist, and translator Anne Carson, whose translation, If Not, Winter: Fragments of Sappho, we have been reading this semester.

First, Anne Carson will present Bracko, a multimedia recitation of Sappho’s poetry in four voices with accompanying video. Then she will be joined by artist Amy Khoshbin for a discussion on artistic freedom in the ancient world and today, in which students are invited to participate.

In addition to welcoming Sappho’s distinguished translator to First-Year Seminar, this event celebrates an extraordinary moment in the history of Sappho’s poetry. Her bittersweet lyrics on love, longing, and loss, which have survived the millennia in tantalizing fragments, recently made headlines worldwide after the rare discovery of previously unknown poems.

Join us in in Frank Gehry’s iconic Richard B. Fisher Center for the Performing Arts to explore the dramatic story of the Roman soldier and leader Coriolanus. As we approach our own presidential election, his story, set in a war-weary nation starkly divided by internal political conflict, remains as timeless as ever. At its heart is a question that has challenged and perplexed us for millennia: what is the relationship between the people and those who govern them?

Then Bard College director-in-residence Jonathan Rosenberg and a cast of three professional actors—Kathleen Chalfant, Ezra Knight, and Richard Topol—perform scenes from Shakespeare's Coriolanus and discuss with students the interpretative choices they make when performing the play.

You've read Plutarch and Shakespeare in class: now come and see Coriolanus on the stage! 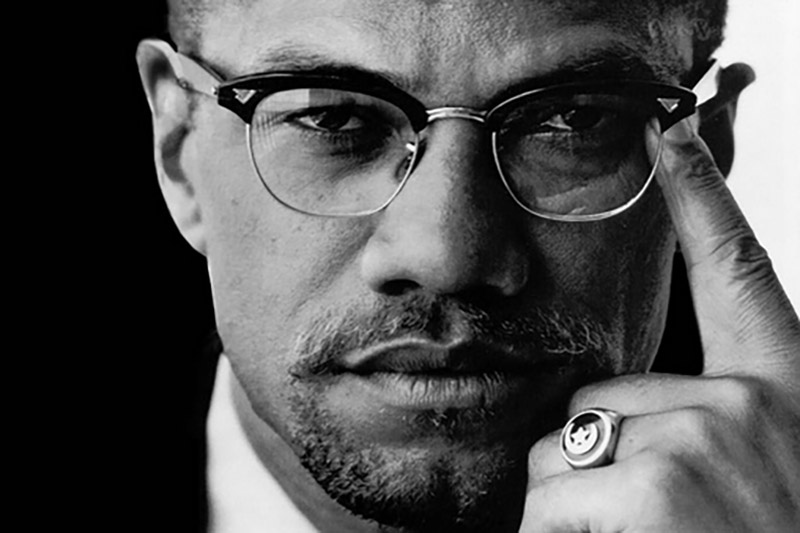 As we read The Autobiography of Malcolm X, First-Year Seminar presents The Acting Company (described by The New York Times as “the major touring classical theater in the United States”) in X: Or Betty Shabazz vs. The Nation, a new play written by Marcus Gardley (according to The New Yorker, “the heir to Garcia Lorca, Pirandello, and Tennessee Williams”) and directed by Ian Belknap.

Continuing with our theme of dialogues ancient and modern, this new play juxtaposes the assassinations of Julius Caesar and Malcolm X.  At a time of renewed activism regarding race and other social issues across the country, the play deepens our understanding of one of the most compelling and controversial revolutionary leaders of the 1960s. 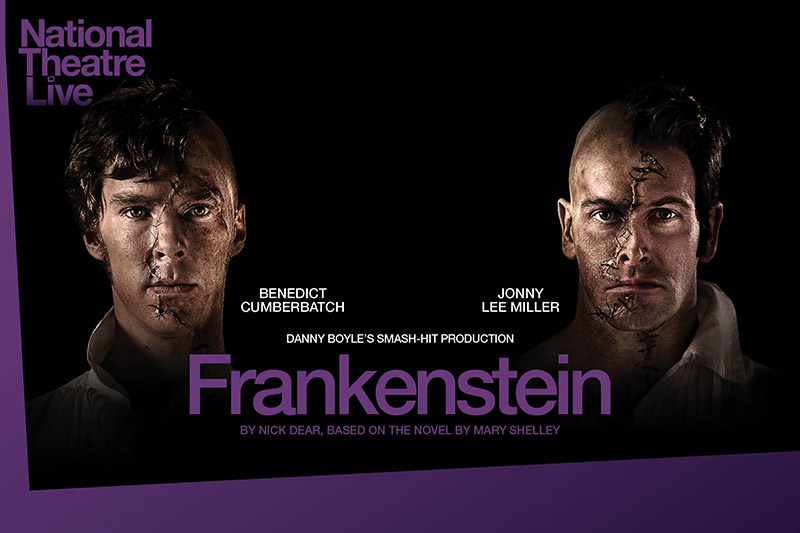 Childlike in his innocence but grotesque in form, Frankenstein’s bewildered Creature is cast out into a hostile universe by his horror-struck maker. Meeting with cruelty wherever he goes, the friendless Creature, increasingly desperate and vengeful, determines to track down his creator and strike a terrifying deal.

Urgent concerns of scientific responsibility, parental neglect, cognitive development and the nature of good and evil are embedded within this thrilling and deeply disturbing classic gothic tale.

Cosponsored with the Bard Center for Moving Image Arts. 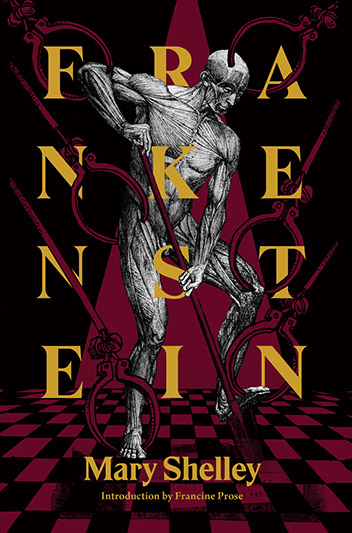 Acclaimed Bard novelist and critic Francine Prose, who has just written the introduction to a new edition of Frankenstein published by Restless Books, makes the case for the continued relevance of this towering work of gothic fiction. She is the prize-winning author of 20 works of fiction, including most recently Mister Monkey. Her works of nonfiction include the widely praised Anne Frank: The Book, The Life, The Afterlife and the New York Times bestseller Reading Like a Writer.

Eugene Meyer (1875–1959) was the owner and publisher of the Washington Post, chairman of the Federal Reserve, and first president of the World Bank. Previous Eugene Meyer speakers include Sir David Cannadine, Colm Tóibín, Andrew Roberts, Fintan O’Toole, and David Reynolds.

The program directors hold regular office hours throughout the semester.
We welcome the chance to meet with the first-year class and talk with you about the course.

Please note that this is in addition to your own FYSEM instructor's office hours, which you should attend with specific questions / concerns about your own FYSEM section and your own personal progress in the course.