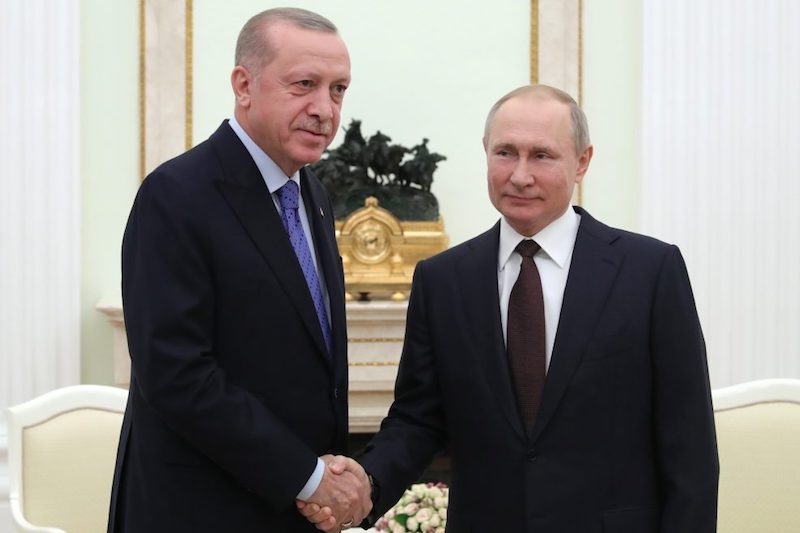 Russian President Vladimir Putin meets his Turkish counterpart, Recep Tayyip Erdogan in Moscow, Russia, on March 5, 2020 (Reuters).
“If anything at all has been learned from nine years of geopolitical and humanitarian catastrophe in Syria it is this: In dealing with adversaries devoid of human values and basking in impunity, diplomacy unbacked by the credible threat of military force is not really diplomacy; rather it is a useless exercise in wordsmithing, one shuttling between naivete and cynicism. It is pseudo diplomacy. Current events in northwestern Syria”—a ceasefire agreement between Turkey and Russia that allows the Assad regime to keep the territory it has gained through Russian-abetted state terror—“drive home the point,” says Hof.

Full story at the Atlantic Council