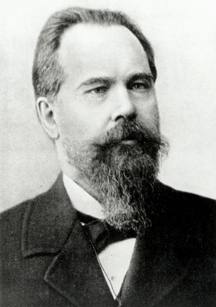 “An indispensable part of the summer operatic landscape.”
– Musical America on Bard SummerScape

Annandale-on-Hudson, N.Y. – Reviving important but neglected operas is one of the ways the Bard SummerScape festival in New York’s Annandale-on-Hudson has established itself as “a hotbed of intellectual and aesthetic adventure” (New York Times). This year’s exploration of “Stravinsky and His World” is no exception. To enrich its immersion in Russia’s profound and far-reaching impact on 20th-century culture, Bard presents Oresteia (1887–94) by Stravinsky’s compatriot Sergey Taneyev, marking the first time this towering work will have been staged in its entirety outside Russia. Boasting a strong and predominantly Russian cast, Bard’s new and original production comes courtesy of visionary director Thaddeus Strassberger, winner of the European Opera Directing Prize (2005) and creator of SummerScape’s previous hit treatments of Les Huguenots, The Distant Sound, and The King in Spite of Himself. Oresteia’s five performances (July 26, 28 & 31; August 2 & 4) will feature the festival’s resident American Symphony Orchestra with music director Leon Botstein. This summer, Botstein also leads concert performances of three of Stravinsky’s own operatic works: Mavra (August 11), and a pairing of Oedipus Rex and Perséphone that will bring the 24th annual Bard Music Festival – and, indeed, the entire seven-week Bard SummerScape festival – to a thrilling close (August 18). All four opera presentations will take place on Bard’s glorious Hudson Valley campus in the Frank Gehry-designed Fisher Center, which celebrates its tenth anniversary this year.

As a child prodigy pianist and composer, Sergey Taneyev (1856–1915) was a protégé and champion of Tchaikovsky’s, serving as soloist in early performances of all the older composer’s piano concertos: the Moscow premiere of his First, the Russian premiere of his Second, and the posthumous premiere of his Third.

Taneyev was one of Russia’s most influential music theorists, teaching for nearly three decades at the Moscow Conservatory, where his students included Scriabin, Rachmaninoff, and Glière; Stravinsky later recalled how highly he valued Taneyev’s treatise on counterpoint, calling it “one of the best books of its kind.” Taneyev’s own music earned him the nickname of “Russian Brahms” from later Soviet  critics. Yet in striving to synthesize counterpoint with folksong, he developed a distinct compositional voice that looked forward to Stravinsky himself.

Taneyev’s crowning achievement is undoubtedly his opera Oresteia (1887–94), which Stravinsky admired. Defying Russian operatic tradition, Taneyev turned to Greek antiquity, basing his libretto on Aeschylus’s trilogy of dramas – Agamemnon, Choephori, and Eumenides – that chronicles the calamities befalling the accursed House of Atreus: the return of Agamemnon from the Trojan War, his murder, and his son Orestes’s retribution on Clytemnestra and her lover Aegisthus. Rimsky-Korsakov considered Oresteia “striking in its wealth of beauty and expressiveness”; as Telegraph critic and Russian music expert Geoffrey Norris observes:

“It is highly original. … The music speaks with a strong individual voice; the classical subject made the work stand out at a time when Russian plots were de rigueur; and Taneyev shows genuine dramatic skill in bringing Aeschylus to the operatic stage.”

Yet since its 1895 premiere at the Mariinsky Theatre, the opera has only rarely been performed in its entirety, even in concert form. Indeed, Bard’s upcoming production represents the first time the complete opera will ever have been fully staged outside Russia. Returning to direct it is Thaddeus Strassberger, whose previous SummerScape opera productions are among Bard’s most resounding success stories. Of his way with Meyerbeer, the Financial Times declared: “Les Huguenots in Bard’s staging is a thriller from beginning to end. … Five Stars.” Similarly, of Schreker’s The Distant Sound, the Wall Street Journal observed: “Strassberger’s engrossing production reflected the experimental nature of the opera by seamlessly integrating period films and giving the show a modernist, distancing aura,” while New York magazine named it one of the “Top Ten Classical Music Events of 2010.” (As for last season’s treatment of Chabrier’s The King in Spite of Himself, this inspired a spate of positive press, as detailed further below.)

For the new production of Oresteia, Strassberger had his design team take inspiration from late 19th-century St. Petersburg. He explains his vision in an illuminating note:

“Taneyev’s Oresteia sets the action – as did Aeschylus – in the distant past while foreshadowing the turbulent future of his own time. The 1890s in Russia was a time on the cusp of a revolution – just as the House of Atreus in ancient Greece forever seems either on the brink of collapse or the verge of the dawning of a new era. … The aesthetic synthesis of classical, neo-classical, and late 19th-century Russian styles metaphorically depicts the pathway to a new way to order the world – justice beyond retribution, clear-eyed thought triumphing over blind vengeance.”

Bard’s production boasts a strong, predominantly Russian cast, anchored by mezzo-soprano Liuba Sokolova as Clytemnestra. Since taking first prize at the International Vocal Competition in Perm, Sokolova has appeared at the Metropolitan Opera, Covent Garden, and La Scala. Clytemnestra’s doomed husband, Agamemnon, is bass Maxim Kuzmin-Karavaev, a laureate of the 2009 International Glinka Singing Competition, with tenor Mikhail Vekua and soprano Olga Tolkmit as their son and daughter, Orestes and Elektra. Vekua’s leading roles include a “strongly sung, dramatically involved Edgardo” (New York Times) in a Moscow Lucia di Lammermoor, while Tolkmit’s portrayal of Mimì in a St. Petersburg La bohème was recently nominated for Russia’s Golden Mask Award for Best Female Performance in an Opera. Maria Liedtke embodies the role of Cassandra, the enslaved daughter of the Trojan king, Priam. Set design is by Madeleine Boyd, winner of Independent Opera’s 2008 Design Fellowship, with costumes by Mattie Ullrich, whose “time-tripping costumes happily further[ed] Mr. Strassberger’s ends” (New York Times) at SummerScape last season. The production runs for five performances, with an Opera Talk from Leon Botstein before the show on Sunday, July 28 at 1pm, free and open to the public.

This season, in addition to a fully staged opera, SummerScape also presents rare concert performances of three of Stravinsky’s own operatic works. As an opera composer, the great Russian-born innovator is probably best known for The Rake’s Progress, the last of his neo-classical compositions, which enjoys relatively frequent revivals. Yet his first contribution to the genre dates from three decades earlier: the little-known one-act opera buffa Mavra (1921-22). A humorous bedroom farce, Mavra is the story of a hussar who disguises himself as a maid (“Mavra”) in order to gain access to a young girl’s bedroom without her mother’s knowledge. In its fusion of parody and homage, this was one of the works with which Stravinsky first launched the neoclassical movement in music, and he himself held it in high regard, declaring: “Mavra seems to me the best thing I’ve done.” Anchoring Program 5 of the Bard Music Festival on Sunday, August 11, SummerScape’s all-too-rare concert presentation will star the “luminous” (New York Times) soprano of Anne-Carolyn Bird as the young girl, Parasha, opposite Nicholas Phan, whose tenor voice has been described as “a lyric instrument of exceptional quality” (Opera News), as her audacious lover. Scholar Mary E. Davis, whose cross-disciplinary publications include Ballets Russes Style: Diaghilev’s Dancers and Paris Fashion, will give a lecture before the performance.

It was Leonard Bernstein who pronounced Oedipus Rex (1926–27, rev. 1948) the most “awesome product” of Stravinsky’s neoclassical years. A Handelian opera-oratorio for orchestra, narrator, soloists, and male chorus, its Latin libretto was translated from Jean Cocteau’s French interpretation of Sophocles’s archetypal Greek tragedy. Written several years later, the more impressionistic Perséphone (1933–34, rev. 1948) is a musical melodrama for narrator, soloists, chorus, dancers and orchestra, set to a libretto by André Gide. Both works marked Stravinsky’s attraction not only to Classicism in music, but – like Taneyev – to the themes of the ancient Classical world. Despite their pagan inspiration, however, there is a continuity between the dramatic grandeur of these works and Stravinsky’s later religious ones. And although neither Oedipus Rex nor Perséphone is often performed, in their drama, wit, and consummate artistry, both do justice to their composer’s formidable legacy. Providing a fitting end to the festival on Sunday, August 18, the two works will be presented as Program 11, the Bard Music Festival’s final choral-orchestral tour-de-force. This program boasts a starry quartet of vocal soloists: eight-time Grammy Award-nominee mezzo-soprano Jennifer Larmore; tenor Gordon Gietz, who recently “scored a major triumph”(Opera Canada) in the title role of Les contes d’Hoffmann; tenor Sean Panikkar, “an appealing performer who clearly pushed his way in front of the line when they were handing out vocal gifts” (Opera News); and bass-baritone John Relyea, winner of both Richard Tucker and Beverley Sills Awards. Bard’s 2013 Scholar-in-Residence, Tamara Levitz, Professor of Musicology at UCLA and editor of the forthcoming volume Igor Stravinsky and His World, will give an illuminating talk before the performance.

Since the opening of the Fisher Center at Bard, Botstein and the American Symphony Orchestra have been responsible for championing and restoring to the stage a growing number of important but long-neglected operas. All these presentations and their remarkable stagings have been warmly received by audiences and critics alike – not least, last season’s The King in Spite of Himself (“Le roi malgré lui,” 1887) by Emmanuel Chabrier, which featured this season’s artistic team of Botstein and Strassberger at the helm. The New York Times admired Botstein’s success in “offer[ing] further proof of this neglected work’s abundant charms,” and reported that “Mr. Strassberger and his team provide[d] a near-ceaseless barrage of sight gags, amusing diversions, and outright distractions …, provid[ing] a sparkle that suited both the whimsical story and the bubbly music.” The Classical Review declared that Botstein and his forces “made another strong case for Chabrier’s vivacious music,” while according to the Wall Street Journal, “Mr. Strassberger’s take on this wacky world was hilarious,” and “conductor Leon Botstein led a lovingly shaped, well-paced performance.” Musical America agreed:

“It is conductor (and Bard College President) Leon Botstein’s enthusiasm for Le roi malgré lui that makes the performance so musically infectious. Chabrier and his contemporaries always seem to bring out this conductor’s best work, and with the American Symphony Orchestra in top form it’s a privilege just to savor every delicious moment of this extraordinary score.”

Small wonder that Opera Lively judged it “worth the trip from anywhere, to be able to partake in all of what Bard, Thaddeus [Strassberger], Maestro Botstein and the ASO, and the singers and chorus have to offer.”

Illustrating the scope and originality of the festival’s programming, a list of Bard’s previous operatic offerings follows below:

As Musical America remarks, “Bard’s annual opera has become an indispensable part of the summer operatic landscape because the choice of works is invariably inspired and their productions distinctively creative.”

Members of the American Symphony Orchestra

* Round-trip transportation from Manhattan to Bard is available for certain performances on August 9, 11, 16, and 18. The round-trip fare is $40 and reservations are required; see further details below.

Venues:  SummerScape opera, theater, and dance performances and most Bard Music Festival programs are held in the Sosnoff Theater or LUMA Theater in Bard’s Richard B. Fisher Center for the Performing Arts, designed by Frank Gehry and celebrated since its opening as a major architectural landmark in the region. Some chamber programs and other BMF events are in Olin Hall. The Spiegeltent has its own schedule of events, in addition to serving as a restaurant, café, and bar before and after performances. The Film Festival screenings are at the Jim Ottaway Jr. Film Center in the Milton and Sally Avery Arts Center.

New York City Round-Trip Bus Transportation:  Inexpensive, convenient round-trip transportation from Manhattan to Bard is provided, exclusively to ticket holders, for select SummerScape and Bard Music Festival performances (as indicated above). The round-trip fare is $40, and reservations are required. The bus departs from behind Lincoln Center, on Amsterdam Avenue between 64th and 65th Streets. For details, including departure times, visit fishercenter.bard.edu/transportation.