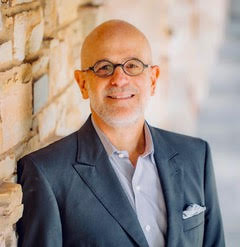 Office of the President and the Jewish Studies Program Presents

This lecture series, held throughout the 2021-2022 academic year, will explore the ongoing phenomenon of antisemitism by examining its myriad historical contexts and relationships to other forms of prejudice and hatred.

This presentation will first consider the recent debate whether anti-Semitism should be considered a form of racism or a unique form of hatred. Framing this discussion within a historical overview, we will consider how Judeophobia was entangled with Islamophobia and what Fanon called Negrophobia. We will unpack the origins of the terms “anti-Semitism” and “racism” and consider how many theorists in the aftermath of the Holocaust and during anti-colonial struggles understood the linkages between these terms. These theorists were opposed by scholars and writers who insist upon the singularity of anti-Semitism. I will suggest that the root of these claims stem from notions of Jewish choseness, Zionist understandings of anti-Semitism, and claims about the uniqueness of the Holocaust. I will argue that the assertions of uniqueness do not hold up to scrutiny, make a case for why exceptionalist arguments lead to a dead-end in efforts to fight anti-Semitism, and conclude that the struggle today demands that we be clear that anti-Semitism is racism and must be combatted as part of the broader anti-racist struggle.

Jonathan Judaken is the Spence L. Wilson Chair in the Humanities at Rhodes College. He is the author of Jean-Paul Sartre and the Jewish Question: Anti-antisemitism and the Politics of the French Intellectual (Nebraska, 2006) and the editor of Race After Sartre: Antiracism, Africana Existentialism, Postcolonialism (SUNY 2008) and Naming Race, Naming Racisms (Routledge 2009). He recently edited a round table in the American Historical Review titled, “Rethinking Anti-Semitism” (October 2018) and co-edited a special issue of Jewish History (with Ethan Katz) on “Jews and Muslims in France Before and After Charlie Hebdo and Hyper Cacher” (September 2018). He has just finished co-editing The Albert Memmi Reader (with Michael Lejman), a compendium of the Tunisian Franco-Jewish writer’s work (Nebraska, 2020).
NOTE: These lectures are open to the public but all visitors to the Bard campus must register in advance and provide proof of vaccination by completing this form.
Co-sponsored by The Hannah Arendt Center and The Center for the Study of Hate