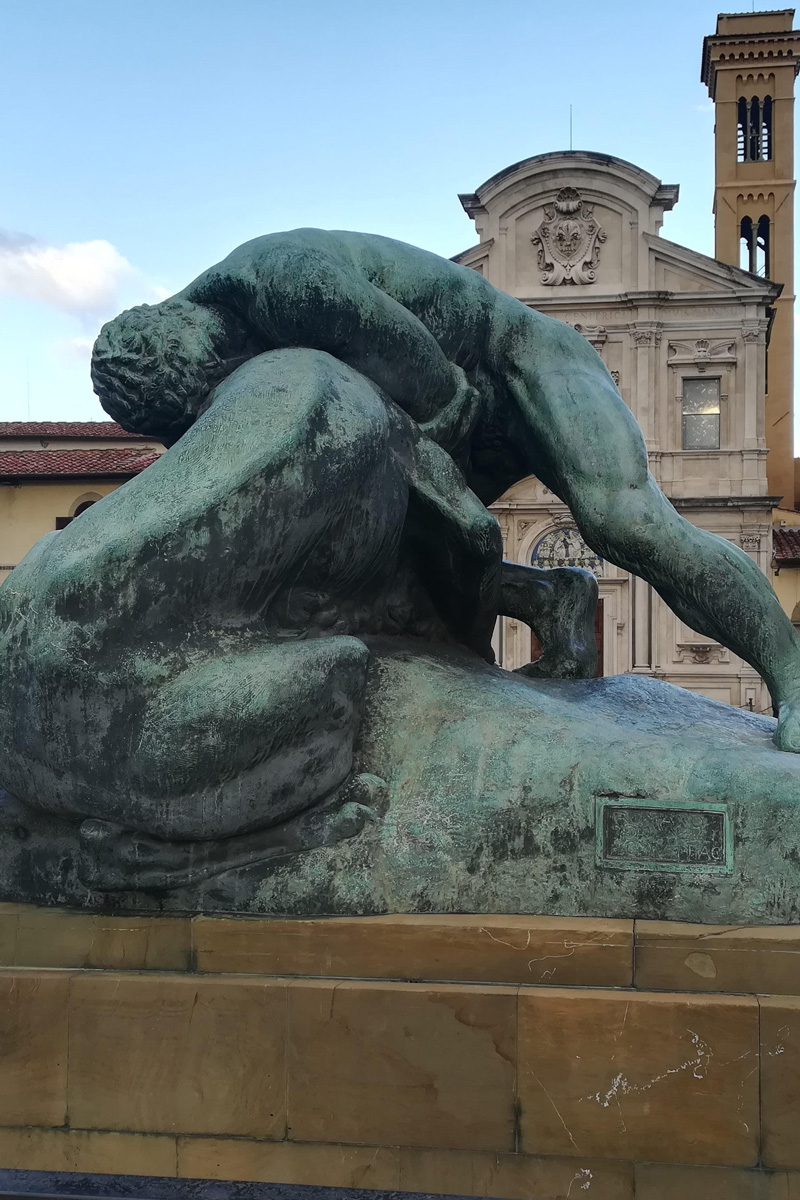 Daphné Budasz and Markus Wurzer: Public Spaces and the Material Presence of Empire's Memory in Italy

Tuesday, March 1, 2022
Online Event
9:10 pm – 11:00 pm CET/GMT+1
Although Italy's colonial empire had been small and short-lived, today numerous material traces - street names, monuments, buildings etc. - can be found in Italian public spaces. By marking physical locations on a digital map, the project Postcolonial Italy aims at making historical knowledge available to a large audience to stimulate a public debate on Italy's silenced colonial past. Material traces are not only geographically captured, but also - and this is crucial - historically contextualized. The map intends to recall the manifold connections between Italian public spaces and the colonial and fascist past, which often remains absent from collective memory.

This event is offered by Bard College, Annandale, as part of the Modernism and Fascism: Cultural Heritage and Memory course in cooperation with Bard College Berlin through Global Modernisms, an OSUN Network Collaborative Course.

Daphné Budasz is a PhD researcher at the department of History and Civilization of the European University Institute (EUI) in Florence. She studied history at Lausanne University and at Queen Mary University of London. She also completed a professional master degree in public history at Université Paris-Est Créteil. Daphné has worked for the French magazine L’Histoire and as an assistant curator for the House of European History in Brussels.
Her current PhD research deals with the history of race, cross-cultural intimacy and Indian migration in British East Africa (1895-1923). Besides her research, she is involved in several public history projects. She is notably one of the founders of the French public history organisation La Boîte à Histoire.

Markus Wurzer is historian and postdoctoral researcher at the Max Planck Institute for Social Anthropology in Halle an der Saale. He studied history and German language and literature at the Universities of Graz and Bologna. He was a research assistant and lecturer at the Department of History at the University in Graz as well as a university assistant at the Department of Modern and Contemporary History at the University in Linz. His research has taken him to the Austrian Historical Institute in Rome, the International Research Centre for Cultural Studies (IFK) in Vienna, the European University Institute (EUI) in Florence, Harvard University in Cambridge/MA and the European Academy (EURAC) in Bolzano/Bozen. He is co-coordinator of www.postcolonialitaly.com and member of the Steering Committee of “Evidence and Imagination – Special Editions”. Wurzer has received numerous prizes for his work, including the 2016 award of the Dr. Alois Mock Europa-Stiftung for his MA thesis and the 2019 award of the Theodor Körner Fonds for his dissertation. In his PhD thesis he focused on Italy’s colonial enterprise against Ethiopia (1935-1941) in visual culture and family memories. Drawing on the photographs of Italy’s German-speaking soldiers from the province of Bolzano/Bozen as a case study, the thesis explored private photographic practices, the construction and diffusion of colonial (and fascist) visual culture, and followed its persisting traces in family memory until the present day.