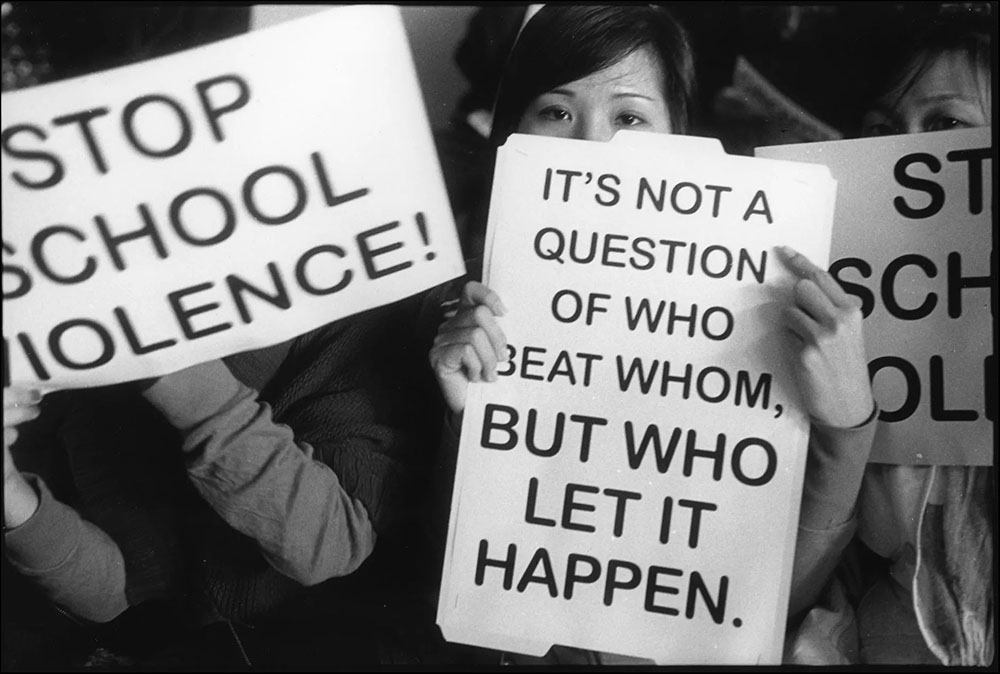 Students protesting in the wake of anti-Asian attacks at South Philadelphia High School in 2009. Courtesy of Harvey Finkle
In 2009, Bach Tong was part of a group of Asian students at South Philadelphia High School that organized an eight-day student boycott after more than two dozen Asian students were attacked at the school. They forced the city to confront the anti-Asian bias that permeated the school system, and it led to a landmark ruling to protect students. After the murders in Atlanta, school and city officials are asking if anything has changed, and how they can prevent future attacks in their city. Bach Tong graduated from Bard in 2017 and now works as a community liaison in the office of Philadelphia City Councilwoman Helen Gym. He says his experiences in Philadelphia schools “put a fire in me to fight for a more just world.”