Kramer vs America: Professor Omar G. Encarnación on How Activists Shaped the Response to the 1980s AIDS Crisis 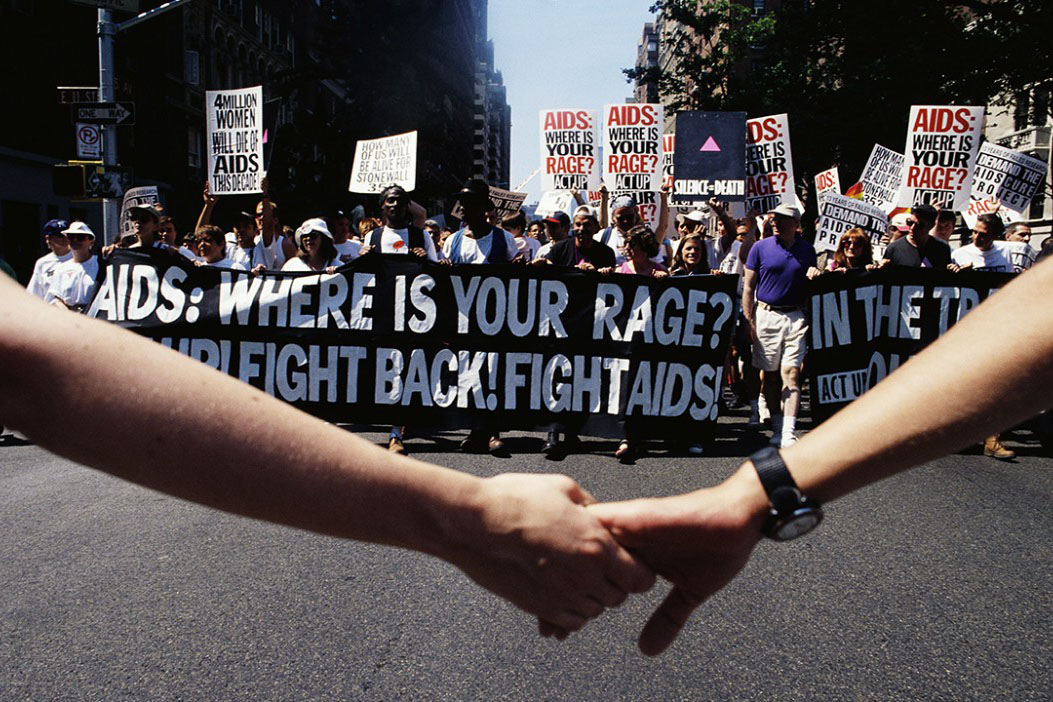 Members of ACT UP protest, Manhattan, New York, 1994|© Mark Peterson/Corbis via Getty Images
As the cover story for this week's issue of the Times Literary Supplement, Professor of Political Studies Omar G. Encarnación reviews Sarah Schulman’s Let the Record Show: A political history of ACT UP New York, 1987–1993. The audacious, controversial, and highly effective ACT UP was led by the artist and activist Larry Kramer, whom Anthony Fauci described as “unique in that he totally transformed the relationship between activism and the scientific, regulatory and government community.” In his review, Professor Encarnación considers ACT UP’s impact on alleviating the AIDS crisis, how it paved the way for the work of advocacy groups around other diseases, and how its waning influence reflects on the state of gay rights in the U.S. and abroad.