Professor Omar G. Encarnación: The Fight for LGBTQ Rights Must Include Reparations 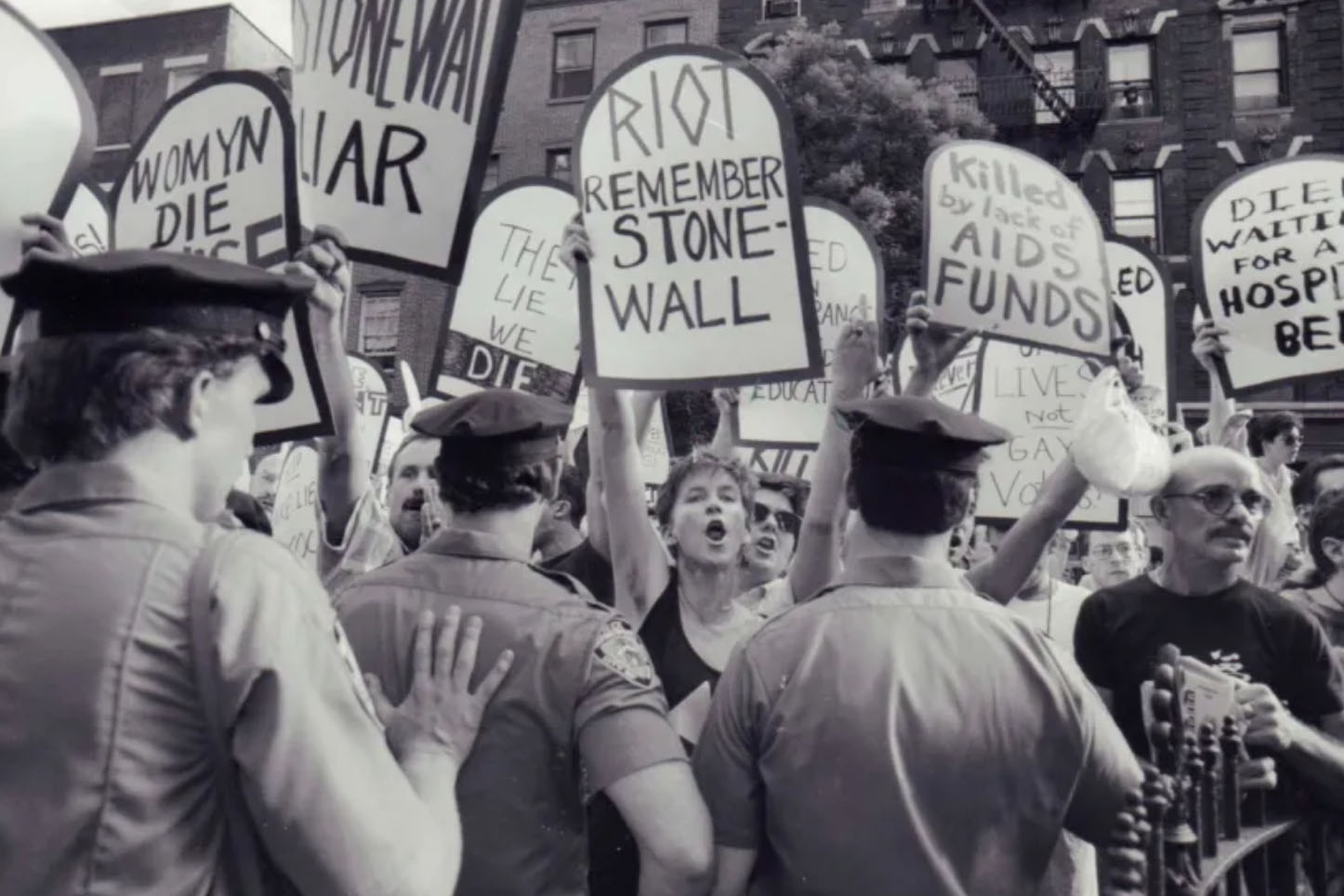 Protest during the dedication of Stonewall Place in New York City in 1989. (Erica Berger / Newsday RM via Getty Images)
If passed, a Senate resolution introduced in mid-June would apologize to LGBTQ federal workers for historical acts of discrimination. Real reparations demand far more.

“Based on the experience of nations like Spain, Britain, and Germany, gay reparations are best understood as policies intended to make amends for a history of systemic anti-gay discrimination,” writes Professor of Political Studies Omar G. Encarnación in the Nation. “But the movement is not one-size-fits-all; nor is it driven by gay people demanding financial compensation simply for claiming an LGBTQ identity, as some foes of the gay community have contended. Instead, the gay reparations movement encompasses a small but eclectic constellation of approaches to repairing the damage done by state-sponsored anti-gay discrimination and violence, with each approach entailing its own policies and philosophical emphases for how to repair that damage.”

Full Story in The Nation