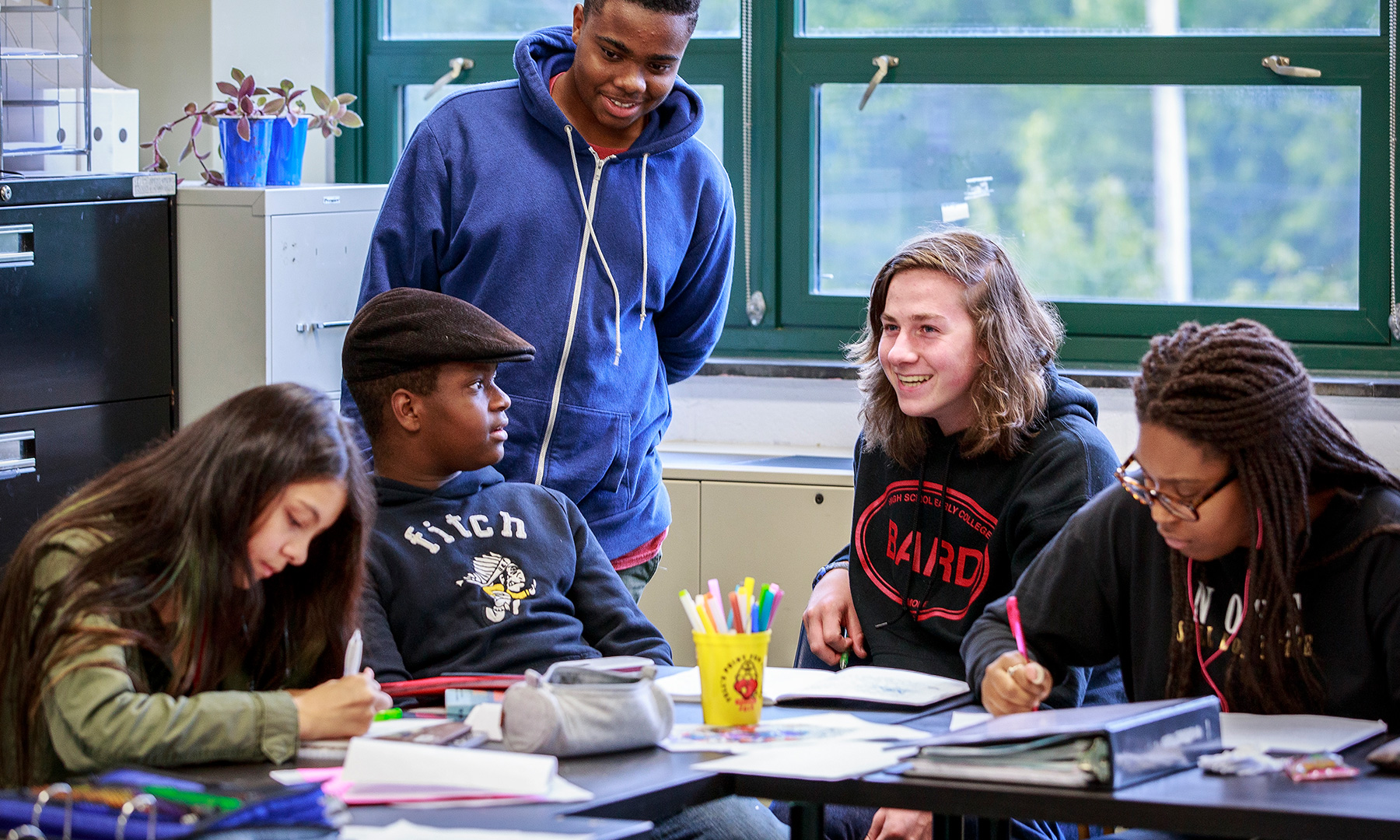 Students at Bard High School Early College Baltimore.
With fewer students choosing to enroll in college immediately after high school, the Bard High School Early College model provides not only hope but proof that educational reform is possible. Early colleges, which give students the opportunity to earn an associate’s degree while in high school, have been proven to “bridge the gap between high school and higher education,” writes Wayne D’Orio for Education Next. The benefits of attending an early college are many, including savings in tuition costs and higher college graduation rates. Building off of ideas first forwarded by Bard President Leon Botstein in Jefferson’s Children: Education and the Creation of a Hopeful Culture, there are now seven Bard High School Early Colleges nationwide, each of them charting a path forward for their students and for American education as a whole. Still, though the early college model is, by definition, future-focused, the immediate student experience is one of self-discovery and self-belief. “Students surprise themselves” with their achievements, says Stephen Tremaine ’07, vice president for the Early Colleges. After a student told him they hated reading but loved Gilgamesh, he responded: “‘Maybe you don’t hate reading.’ They have success that hasn’t registered yet.”

Read More in Education Next