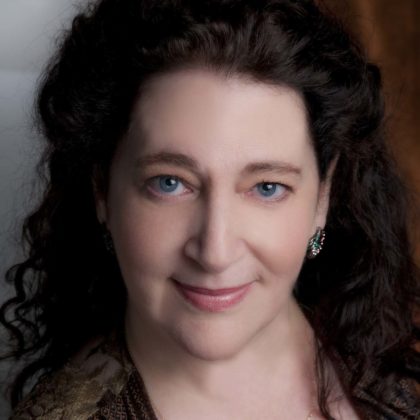 Admired for her intensity and the beauty of her sound, Laurie Smukler is an artist who is active as soloist and recitalist. In addition she has established a reputation as one of the finest chamber musicians in the country. Growing up in Cleveland, she began her studies at the Cleveland Institute of Music, with pedagogue Margaret Randall. She started performing early, winning local competitions, and playing as soloist with the Cleveland Orchestra at the age of fourteen. She received a Bachelor of Music degree from The Juilliard School where she studied with Ivan Galamian. Other teachers who had a powerful influence on her development were Donald Weilerstein, Robert Mann, Rudolf Serkin and Menahem Pressler. Ms. Smukler’s performing career has been multi-faceted. As the original and founding first violinist of the Mendelssohn String Quartet, she spent eight years traveling and performing internationally with them. She has performed and toured with the Lincoln Center Chamber Music Society. With her husband, violist Ira Weller, she directed and performed in the respected series “The Collection in Concert”, at the Pierpont Morgan Library. She has performed and toured as the first violinist of two school affiliated string quartets, the Bard Festival String Quartet and the Purchase Faculty String Quartet. She collaborates frequently with esteemed colleagues in varied chamber ensembles, including recently, trio performances with cellist Joel Krosnick and pianist Seymour Lipkin. She plays regularly at the chamber series, Da Camera of Houston. Some highlights of this season include a duo recital with cellist Joel Krosnick at Symphony Space in New York City including works by Eliot Carter and Ralph Shapey, as well as the premier of a newly commissioned work by Shulamit Ran. The season also includes violin and piano recitals in Philadelphia, New York City, the University of British Columbia, and Blue Hill, Maine. Dedicated to teaching as well as to performing, Laurie Smukler, in addition to being on the faculty of the Bard College Conservatory, is a respected member of the faculties of the Manhattan School of Music and the Mannes College of Music. She spent 17 years as a professor of violin and chamber music at Purchase College Conservatory of Music, ten of those years as head of the string department. Ms. Smukler also teaches and performs at the prestigious Kneisel Hall Chamber Music Festival and School in Blue Hill, Maine, in the summer. She is often an invited guest to present masterclasses at conservatories and music schools across the country, such as the Shepherd School of Rice University, Peabody Conservatory, the University of Michigan, the University of Tennessee, Memphis, and Oberlin College. She has been an invited guest at many summer festivals, including Kneisel Hall, the Santa Fe Chamber Music Festival, the Marlboro Festival, Chambermusic Northwest, the Bard Festival, the Mostly Mozart Festival, the Skaneateles Festival, Music Mountain and the Mount Desert Island Festival. Ms. Smukler is a sought after collaborator, and has performed with many of the great artists of our day. She also has a particular interest in contemporary music and has premiered works by many composers including Ned Rorem, Morton Subotnik, Steven Paulus, Shulamit Ran, and Bruce Adolphe. Ms. Smukler plays a Petrus Guarnerius violin made in Venice in 1738.