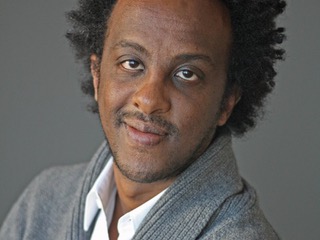 The Self and the Soul:  A Conversation with Dinaw Mengestu

Online Event
4:45 pm – 6:30 pm EST/GMT-5
Recording will be shared Tuesday, October 27
In the second of three panel conversations around the texts and ideas of First-Year Seminar, first-year students and faculty will speak with Dinaw Mengestu, the highly acclaimed Ethiopian-American novelist and journalist who directs Bard’s Written Arts program. Using Dante’s Inferno as our touchstone text, this student/faculty panel will discuss how and why Mengestu is inspired to create (in the words of the New York Times Book Review of his third novel, All Our Names), “disruptive, disturbing stories exploring the puzzles of identity, place, and human connection.”
About our panelist: Dinaw Mengestu is professor of written arts and director of the Written Arts Program at Bard College. He is the author of three novels, all of which were named New York Times Notable Books: All Our Names (Knopf, 2014), How to Read the Air (Riverhead, 2010), and The Beautiful Things That Heaven Bears (Riverhead, 2007). A native of Ethiopia who came with his family to the United States at the age of two, Mengestu is also a freelance journalist who has reported about life in Darfur, northern Uganda, and eastern Congo. His articles and fiction have appeared in the New York Times, New Yorker, Harper’s, Granta, Jane, and Rolling Stone. He is a 2012 MacArthur Fellow and recipient of a Lannan Literary Fellowship for Fiction, National Book Foundation 5 Under 35 Award, Guardian First Book Award, and Los Angeles Times Book Prize, among other honors. He was also included in the New Yorker’s “20 under 40” list in 2010.