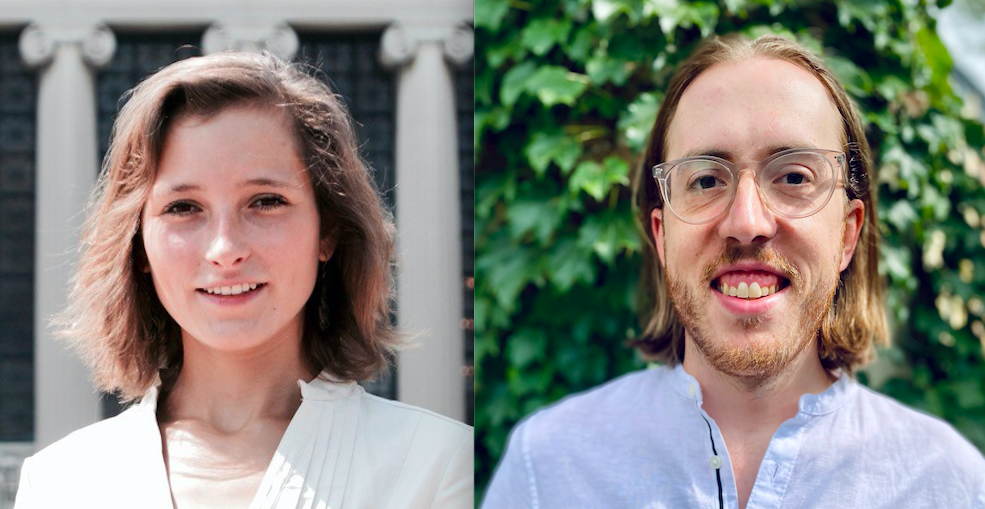 Poetry and Politics - Hannah Arendt’s Essays on Benjamin and Brecht

Tuesday, November 1, 2022
Olin, Room 203
6:00 pm – 7:30 pm EDT/GMT-4
Olin Hall- Room 203
Hannah Arendt’s engagement with literature makes up a significant part of her life’s work. She corresponded with poets and writers and drew connections between their efforts and her own practice of political theory in a way that broke the bounds of narrowly philological work. In a pair of presentations, Cosima Mattner and Christopher Hoffman will ask about the ambitions of Arendt’s literary criticism: how did Arendt go about doing literary criticism, and what insights did she hope to draw from it?

Arendt's Biographical Criticism: The Case of Brecht
Chris Hoffman
For Hannah Arendt, "writers are there to be quoted, not talked about." This poses problems for the enterprise of literary criticism: what can be said about writers that they haven't already articulated? Arendt's work has recourse to a kind of "life-writing" or biography. The unit of analysis, in essays on key figures like Kafka, Benjamin, and Brecht, turns out to be the life of the artist. But the attempt to read these a writer in an unadorned way ends up confronting arch-literary questions about plot, narrative, and form. Hoffman will read Arendt's essay on Brecht as exemplary of this and trace the consequences of Arendt's biographical form of criticism.
Transatlantic Citation in Hannah Arendt’s Benjamin Essay(s)
Cosima Mattner
Tracing a significant citational difference between the German and American versions of Hannah Arendt’s Benjamin essay, this paper examines the development of Arendt’s citational practice based on the essay’s production and publication history across 20 years after Arendt’s arrival in New York. The paper argues that the essay indicates how Arendt became a powerful ‘transatlantic critic’, challenging established statues and conventions of ‘criticism’ in the US and Germany.

Chris Hoffman studied comparative literature and history in Chicago, Paris, and Hamburg, earning a BA from Northwestern University. In the 2022-2023 academic year, they are teaching political theory from Plato to the present as a Preceptor in Contemporary Civilization. Chris’s dissertation studies the ambition among modernist writers to make of literature a “way of life" by offering a rational reconstruction of this project through close readings of key texts by Rilke, Kafka, Walser, and Susman. Other interests include German literature, especially poetry, theater, and song, critical theory and the history of philosophy, theories of reading, and the social project of literary criticism.

Cosima Mattner is a PhD candidate and teaching fellow at Columbia University’s German Department. She works on transatlantic literary history and theory, with a focus on contemporary and 20th century criticism in the US and Germany. Her dissertation is a comparative study of Hannah Arendt’s and Susan Sontag’s criticisms.
Before joining Columbia, Cosima completed her BA degree in German literature and philosophy at Göttingen University with a quantitative study of Kafka’s diaries for which she won the Digital Humanities Young Scholar Award. A Studienstiftung- and Cusanus fellow, she has worked as a research and editorial assistant and in cultural management in Göttingen, at WashU (St Louis) and in NYC. Apart from academic writing, Cosima publishes essayistic work and translations.