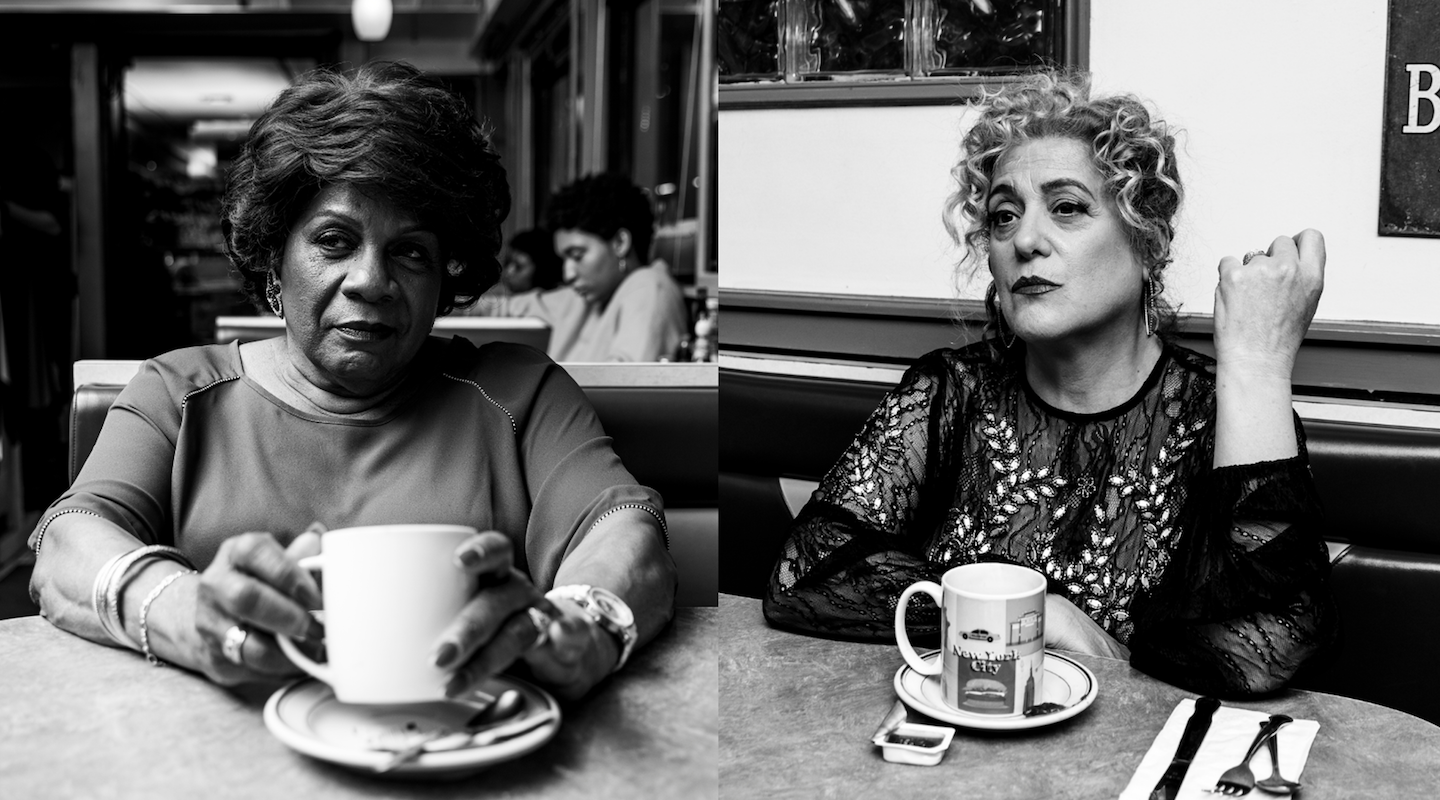 Bard SummerScape today announces casting for Most Happy in Concert, a setting of Frank Loesser’s songs for The Most Happy Fella from director Daniel Fish and arrangers Daniel Kluger and Nathan Koci, who previously collaborated on the Tony Award-winning production of Oklahoma! that originated at Bard SummerScape in 2015. The live-in-person performances take place on the evenings of August 5, 6, and 7 on an outdoor stage being constructed at Bard’s Montgomery Place campus on the Hudson River.

Frank Loesser, the legendary composer-songwriter behind Guys and Dolls and How to Succeed in Business Without Really Trying, accrued a string of honors including an Academy Award, multiple Tony Awards, and a Pulitzer Prize. New York Magazine has proclaimed his 1956 classic The Most Happy Fella, featuring some of his most soaring lyricism, “one of the greatest musicals ever. Or one of the greatest operas,” and concluded, “Hell, it’s just great.”

Of Most Happy in Concert, Fish explains, “The need to be seen, to be heard, to be recognized shakes itself free from traditional storytelling to emerge in the primal act of song. What happens when, out of stasis, the need to scream becomes a song? What occurs in people when they allow music to work on them and possess them? The answers lie in the singing of Loesser’s extraordinary songs, including ‘Warm All Over,’ ‘Standing on the Corner,’ ‘Somebody Somewhere,’ and ‘My Heart Is So Full of You.’ In this concert setting, plot fades away and a different kind of story emerges—one made of raw human emotion expressed in song and persona."

Health and Safety at Bard SummerScape

Mikaela Bennett is a recent graduate of The Juilliard School and has quickly become celebrated as a singer and actress for her work on stage and in the concert hall. Her Off-Broadway credits include Renascence (World Premiere), Acquanetta (directed by Daniel Fish, World Premiere), and The Golden Apple (Encores!). Outside New York, she has starred in West Side Story (Lyric Opera; Royal Albert Hall) and Cinderella (MUNY). Orchestras/Venues include LA Philharmonic, NY Philharmonic, Philadelphia Orchestra, BBC Proms, Carnegie Hall. Most recently, Bennett sang the role of Mary Wintergreen in MasterVoices’ concert production of Gershwin’s Let ‘Em Eat Cake at Carnegie Hall.

Jules Latimer is a recent graduate of The Juilliard School. Her Off-Broadway credits include Paris (Atlantic Theater); Regional: Angela’s Mixtape (Martha’s Vineyard Playhouse) and Romeo and Juliet (Chautauqua Theatre Company). Some of Latimer’s favorite roles have been Prospero in The Tempest, She in The Owl Answers, and Pumpkin in Paradise Blue.

Erin Markey is an actor and writer/creator of live performance works that are darkly comedic and driven by original music. Their most recent shows, including Singlet (Bushwick Starr, 2018), Boner Killer (Joe's Pub, Under The Radar Festival 2017), and A Ride On The Irish Cream (American Realness Festival 2016), have toured nationally and internationally. Their newest work-in-development, Little Surfer, is a NY Voices Commission at the Public Theater. As an actor, Markey appeared as Wendy in Leonard Bernstein’s Peter Pan at The Fisher Center as part of Bard Summerscape (2018), Lynette “Squeaky” Fromme in Assassins at New York City Center Encores! (2017), Markey is a company member of Obie Award-winning Half Straddle (2009-present). They recently appeared in Dr. Ride’s American Beach House (Ars Nova 2019), which was a New York Times Critics Pick. TV appearances include HBO’s High Maintenance (2019) and TruTV’s At Home with Amy Sedaris (2019).

About the Creative Team

Daniel Kluger is a composer whose experience as an arranger, music producer, and sound designer uniquely informs his success at creating music for theater and film. He earned a 2019 Tony nomination, 2020 Grammy nomination, Drama Desk Award, and Outer Critics Circle Award for his work on Daniel Fish’s visionary Broadway revival of Oklahoma!. As music producer, arranger and orchestrator, Kluger re-conceived the score for a seven piece bluegrass band, simultaneously giving it a more contemporary sound while also evoking the world of territory-era Oklahoma, without changing a note of the music. Kluger’s scoring work echoes the neoclassical style of contemporary composers like Nico Muhly, Jóhann Jóhannsson and Hildur Guðnadóttir. He produces scores for some of the most innovative theater directors, including Daniel Fish, Anne Kauffman, Sam Gold, David Cromer, Trip Cullman, Gaye Taylor Upchurch, Giovanna Sardelli, Oliver Butler, Arin Arbus and more. Most recently at the Park Avenue Armory Kluger created an original score for Ödön von Horváth’s Judgment Day, directed by Richard Jones. Recent Broadway work includes the world premiere of The Sound Inside, the revival of Marvin’s Room, and the world premiere of Significant Other.

Nathan Koci is a performer, conductor and composer across multiple media including folk music, contemporary classical music, dance, and experimental theater. He most recently served as the Music Director and Vocal Arranger for the Tony Award-winning Broadway revival of Oklahoma!. As a music director, he has worked with directors and artists such as Rachel Chavkin, Daniel Fish, Jim Findlay, Daniel Kluger, Anais Mitchell, Molly Smith and Alice Reagan. As a performer, he has premiered new works by Timo Andres, Anthony Braxton, Ted Hearne, John Heginbotham, Maria Kalman, William Kentridge, Guy Klucevsek, and Stew and Heidi, among others, working with ensembles including Dance Heginbotham, Alarm Will Sound, The Knights, Ensemble Modern, Bang on a Can, the Tri-Centric Orchestra, the Michael Leonhart Orchestra, and Wordless Music. He performs and records on horns, accordions, pianos, and banjos with groups including The Hands Free, The Opposite of a Train, and Shovels and Rope and teaches improvisation and arts engagement at The New School College of Performing Arts in NYC. www.NathanKoci.com

Founded in 1860, Bard College is a four-year residential college of the liberal arts and sciences located 90 miles north of New York City. With the addition of the Montgomery Place estate, Bard’s campus consists of nearly 1000 park-like acres in the Hudson River Valley. It offers bachelor of arts, bachelor of science, and bachelor of music degrees, with majors in nearly 40 academic programs; graduate degrees in 11 programs; nine early colleges; and numerous dual-degree programs nationally and internationally. Building on its 161-year history as a competitive and innovative undergraduate institution, Bard College has expanded its mission as a private institution acting in the public interest across the country and around the world to meet broader student needs and increase access to liberal education. The undergraduate program at our main campus in upstate New York has a reputation for scholarly excellence, a focus on the arts, and civic engagement. Bard is committed to enriching culture, public life, and democratic discourse by training tomorrow’s thought leaders. For more information about Bard College, visit bard.edu.

Commissioning and development support for The Stage at Montgomery Place provided by the Fisher Center’s Artistic Innovation Fund, with lead support from Rebecca Gold and S. Asher Gelman ‘06 through the March Forth Foundation.

Commissioning support for Most Happy in Concert orchestrations provided by Jenny Gersten.