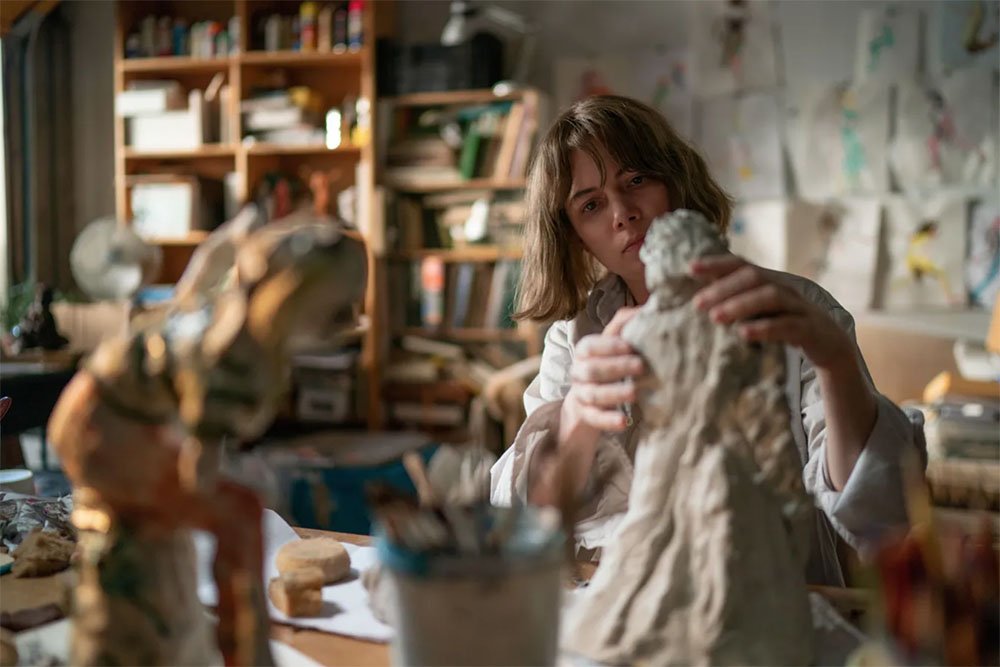 Michelle Williams in the movie Showing Up, directed by Kelly Reichardt. Image: A24
Kelly Reichardt, S. William Senfeld Artist in Residence, received the Carrosse d’Or (or the Golden Coach), presented annually by France’s Society of Film Directors at the Cannes Film Festival. The honor pays tribute to “directors of innovative works with an uncompromising and daring spirit in directing and production.” Reichardt’s eighth feature, the “exquisite” art-scene comedy-drama Showing Up, is screening in competition at Cannes—one of only three of the 18 competition selections that are directed by women. The film finds Reichardt collaborating again with the actor Michelle Williams, with whom she began working more than a decade ago.