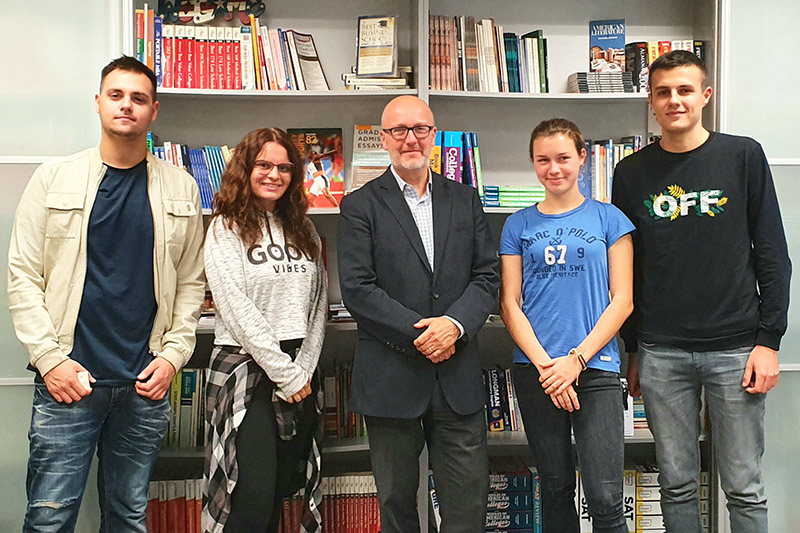 CCE Senior Fellow James Ketterer with students at the University of Belgrade.
Bard Center for Civic Engagement Senior Fellow James Ketterer, who is currently dean of the School of Continuing Education at the American University Cairo, recently visited Serbia, where he delivered the keynote address at an event marking the anniversary of the founding of the Center for the Study of the United States of America in the Faculty of Political Sciences at the University of Belgrade. He spoke about continuities and disruptions in American foreign policy in the post–Cold War period. He also gave a presentation at the American Studies Center in the Faculty of Philosophy, focusing on jazz diplomacy, and met with Serbian students as part of the EducationUSA program, discussing with them the value of the liberal arts approach to higher education. The trip was supported by the United States Embassy in Belgrade. While in Serbia, Ketterer met with two people with connections to Bard College, both PhD candidates in political science at the University of Belgrade: Milan Krstic, who participated in the 2017 Bard U.S. Foreign Policy Institute in Annandale, which was supported by the U.S. State Department; and Marko Kovacevic, who was a Program in International Education student in 2005–06, spending the fall semester in Annandale and the spring semester at BGIA.