Bard’s Felicia Keesing: Species that Can Make Us Ill Thrive in Human Habitats 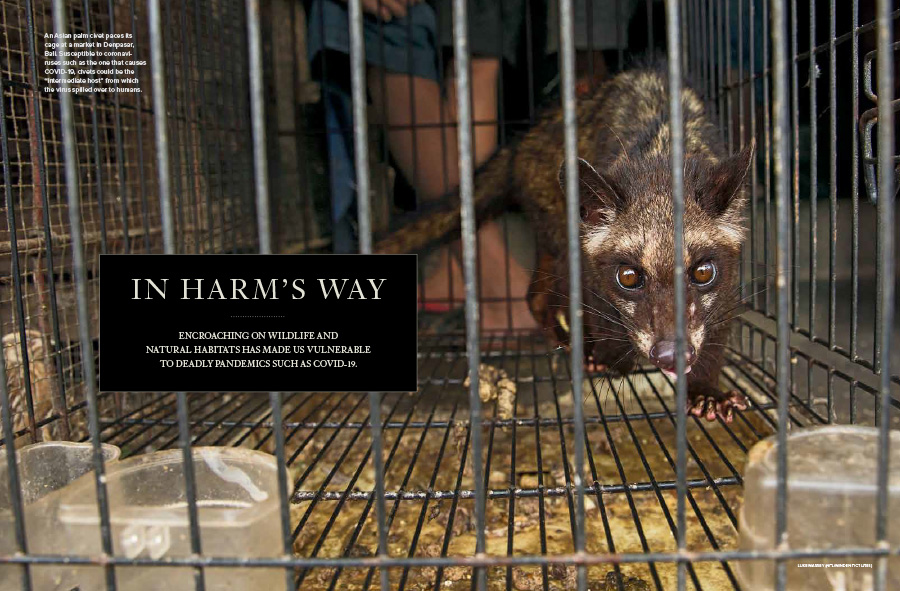 Photo by Luke Massey/NPL/Minden Pictures
Does the conversion of natural habitats to human use favor animals that harbor agents causing human disease? A global analysis of vertebrates provides an answer to this pressing question. In their commentary accompanying the report, disease ecologists Felicia Keesing of Bard College and Richard Ostfeld of the Cary Institute of Ecosystem Studies note that the study shows “the greatest zoonotic threats arise where natural areas have been converted to croplands, pastures and urban areas.” Ostfeld and Keesing have seen evidence of that firsthand during two decades studying Lyme disease transmission in New York’s Hudson Valley. Where development has cut the valley’s forests into small fragments, Professor Keesing says, “populations of white-footed mice boom because their predators and competitors have disappeared.” She and Ostfeld have found that white-footed mice “not only host more of the ticks that transmit Lyme, but they also are more likely than other mammals to infect ticks with the bacterium that causes the disease. The ticks, in turn, pass it to people.”

Felicia Keesing is the David and Rosalie Rose Distinguished Professor of Science, Mathematics, and Computing at Bard College.

Keesing and Ostfeld's Commentary in Nature