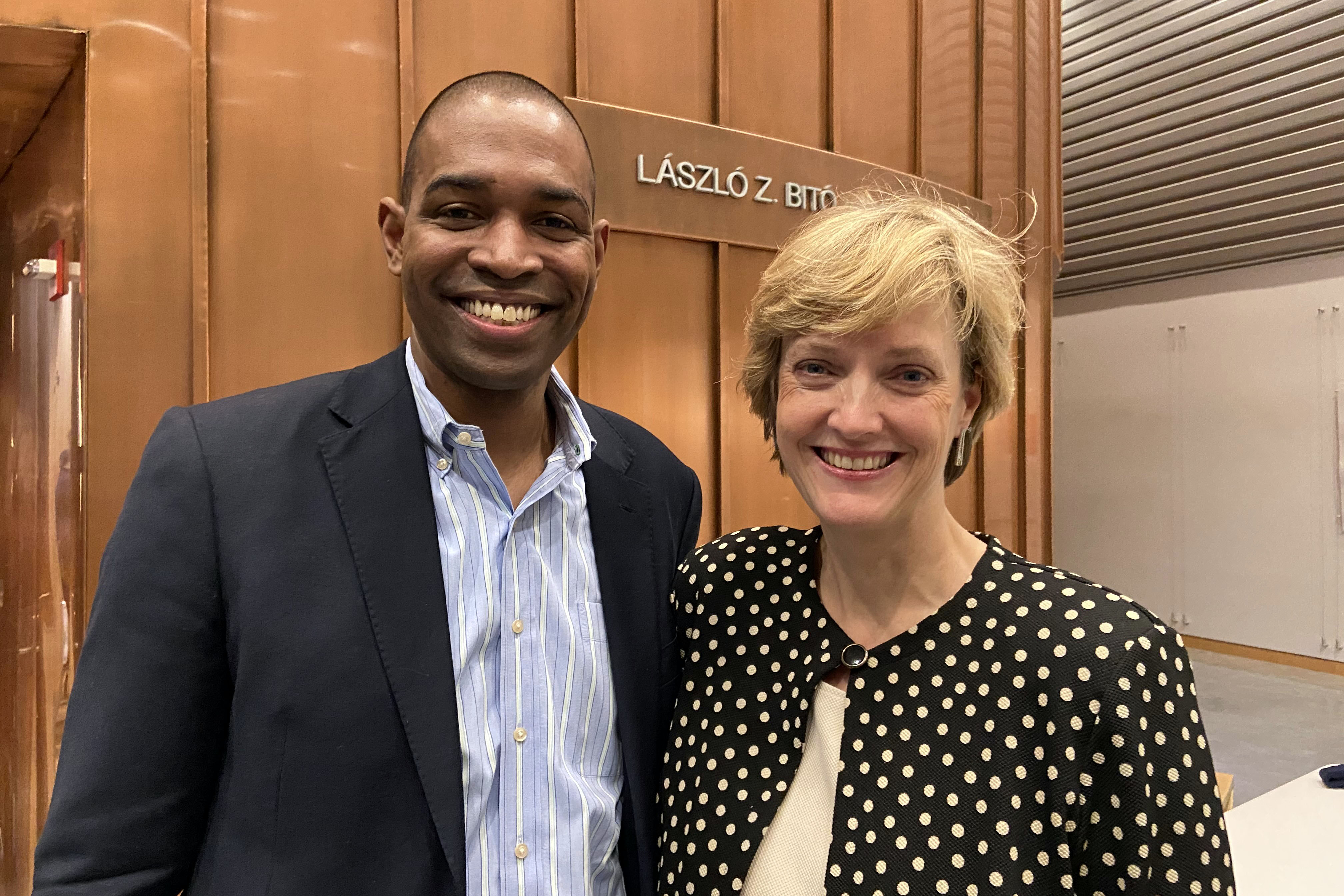 Congressman Delgado with Bard Professor and Citizen Science Director Mary Krembs.
Congressman Antonio Delgado spoke with Bard Citizen Science students in the Reem-Kayden Center on the evening of Tuesday, January 21, about the health risks associated with PFAS chemicals, and his legislation to combat their proliferation. Congressman Delgado represents New York's 19th Congressional District, which includes the Bard campus. The Citizen Science curriculum tackles urgent, present-day questions related to water. The 470 students in the program this month, mostly first-years, are testing water samples as part of their research; that includes samples from the region around Bard as well as samples they collected at home over the winter break and brought to campus. The synergy between students' study of water contaminants and the congressman's concern about PFAS, both in District 19 and nationally, resulted in a thoughtful and informative discussion.
More about the Citizen Science Program