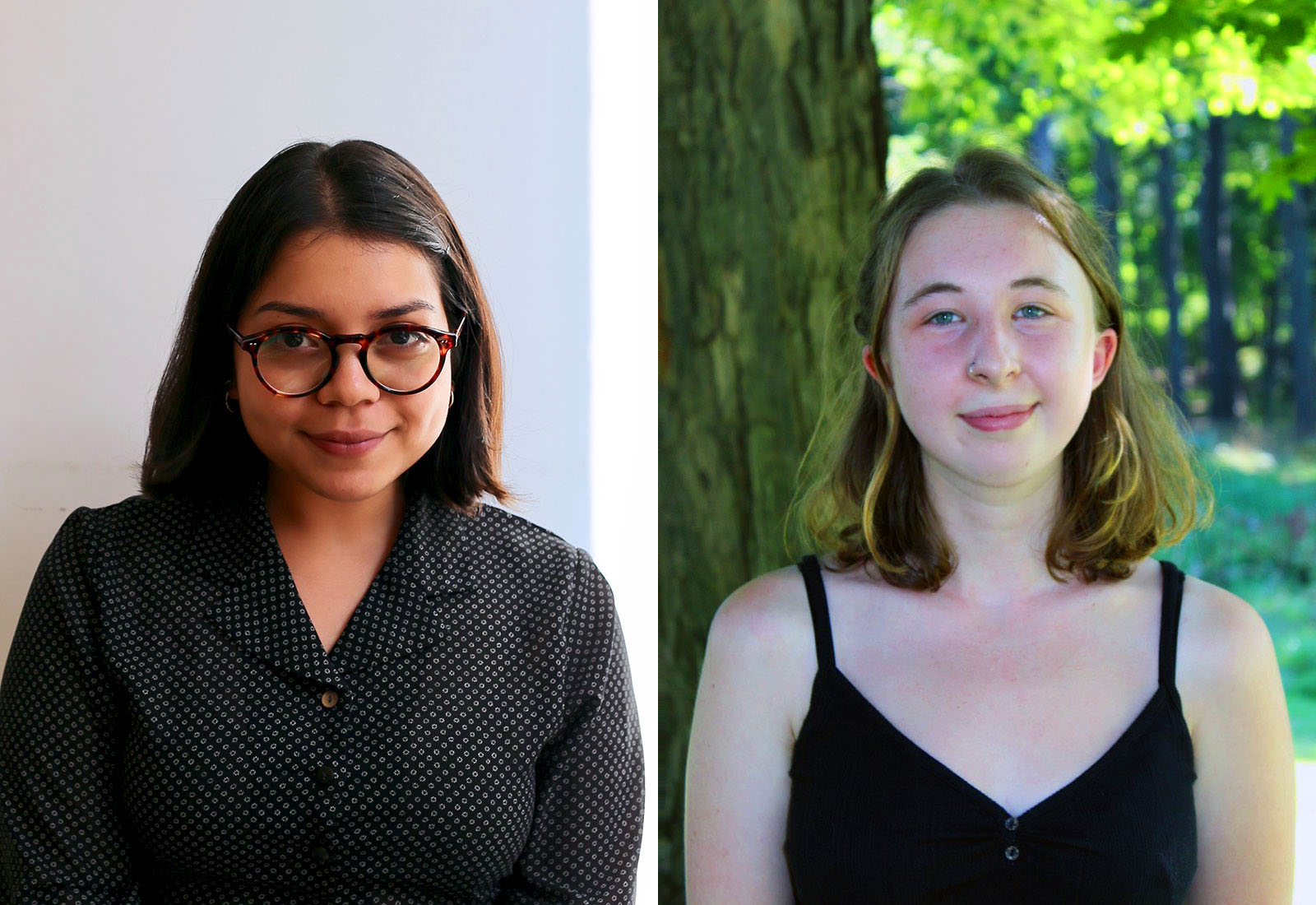 Getzamany Correa (L); Photo by Allegra Tsao Robinson | Elizabeth Thomas (R)
Two Bard College students were awarded highly competitive Benjamin A. Gilman International Scholarships by the U.S. Department of State. Getzamany Correa, a Global and International Studies major, will be studying at Central European University in the Department of International Relations in Budapest, Hungary. Biology major Elizabeth Thomas will be studying at the University College Roosevelt in Middelburg, Netherlands. Correa and Thomas are two of 844 American undergraduate students from 335 colleges and universities across the United States to receive the prestigious Benjamin A. Gilman International Scholarship to study or intern abroad during the spring of 2019.

The Congressionally funded Gilman Program broadens the U.S. student population studying and interning abroad by providing scholarships to outstanding undergraduate Pell Grant recipients who, due to financial constraints, might not otherwise study abroad. Since the program’s establishment in 2001, over 1,300 U.S. institutions have sent more than 28,000 Gilman scholars who represent the rich diversity of the United States to 145 countries around the globe.

“The Gilman Program aims to make study abroad, and its career advantages, more accessible and inclusive for American students. These diverse American students gain critical skills overseas that expand their career options and ability to make an impact in their home communities,” said Heidi Manley, the Chief of USA Study Abroad at the U.S. Department of State’s Bureau of Educational and Cultural Affairs.  She notes that the program particularly focuses on supporting first-generation college students, students in the STEM fields, ethnic and racial minority students, students with disabilities, students who are veterans, students attending community colleges and minority serving institutions, and other populations underrepresented in study abroad, as well as broadening the destinations where scholars study or intern.

The Gilman Program is sponsored by the U.S. Department of State’s Bureau of Educational and Cultural Affairs and is supported in its implementation by the Institute of International Education (IIE).