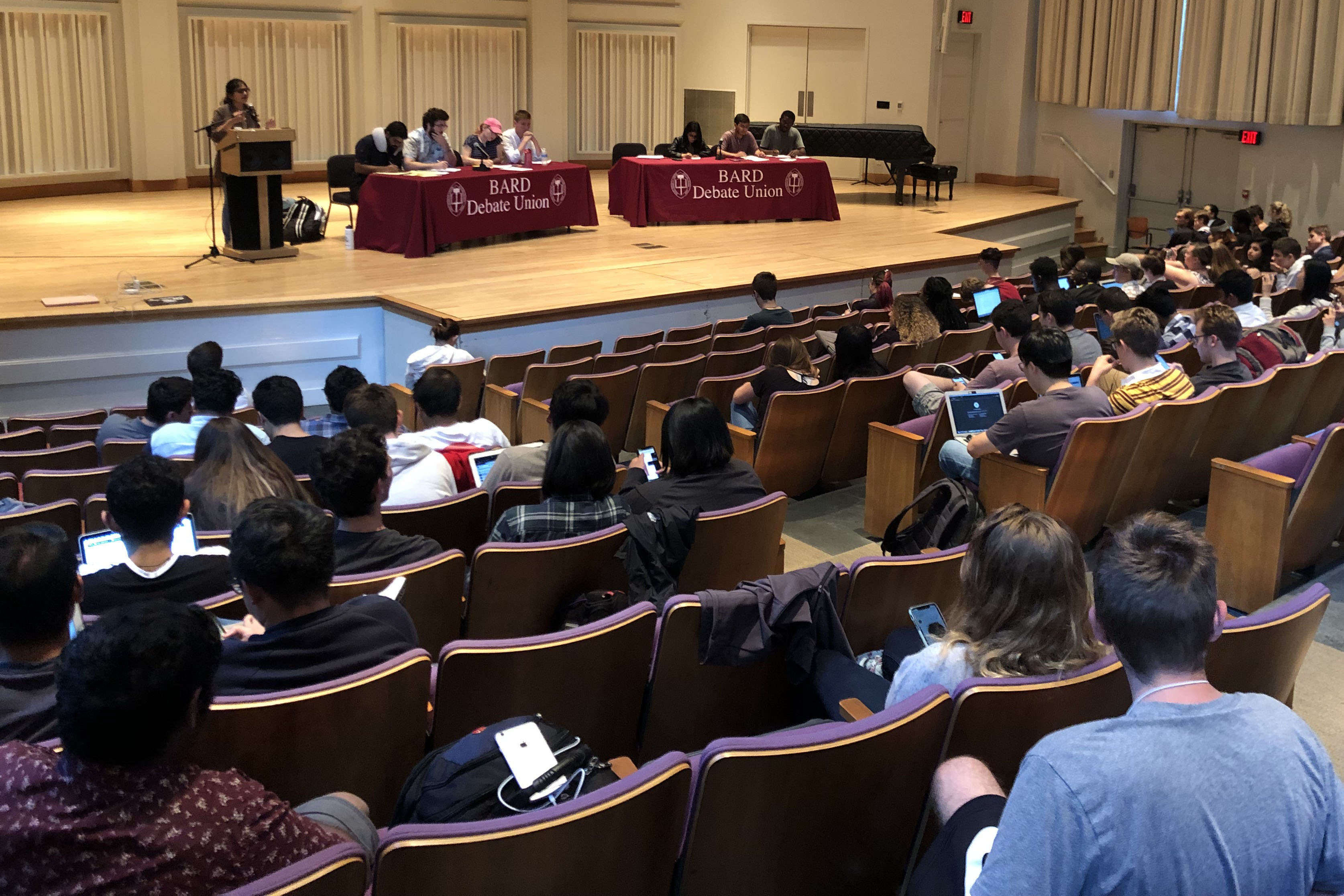 Final round of the Bard IV Debate Tournament with teams from the University of Vermont, Hobart and William Smith Colleges, Rochester, and Cornell.
The halls and classrooms of Olin were bustling last weekend as the Bard Debate Union hosted the Bard IV Debate Tournament. The tournament welcomed over 200 visitors to campus from regional, national, and international debating programs. Among the participating institutions were Cornell, Colgate, Vassar, Middlebury, University of Vermont, and Hobart and William Smith Colleges, as well as Bard Network institutions Al-Quds Bard (Abu-Dis, East Jerusalem), Smolny College (St. Petersburg, Russia), and the Bard High School Early Colleges in Queens and Cleveland. Students from the fledgling debate program at Bard College at Simon's Rock also joined as observers on Saturday.

All participants in the tournament competed in five debates on topics ranging from universal basic income to "cancel culture" to Puerto Rican statehood. Top scoring teams then debated in quarter-final, semi-final, and final rounds. Hobart and William Smith Colleges won the final round, making them the tournament champion. Bard High School Early College Queens won the novice final round, making them the novice champions.

Bard Debate Union codirectors Ruth Zisman and David Register ran the tournament, together with 20 members of the Bard Debate Union and alumni/ae Eva-Marie Quinones '17 and Clarence Brontë '18. "It was wonderful to see members of the Bard Debate Network from near and far join together in the spirit of competition and collaboration for an exciting weekend of debating," said Ruth Zisman. "We are so proud of our students and the debate leaders throughout the Bard Network for all of the work they put into this event. It is a testament to the value and importance of public discourse and exchange today."