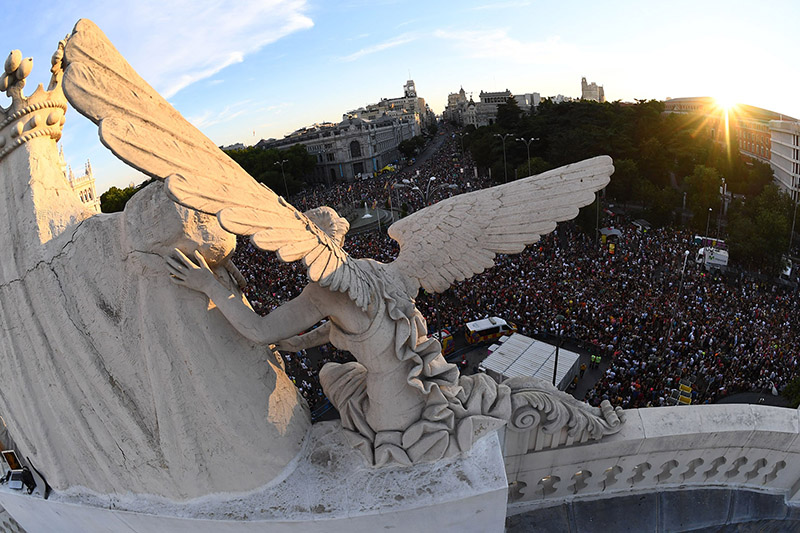 View of Cibeles Square taken during the annual Pride parade in Madrid, Spain, July 6, 2019. Photo by Gabriel Bouys/AFP/Getty Images
“Gay reparation reflects the maturation of the gay rights movement,” writes Professor Encarnación. “It is no accident that gay reparation policies have arrived in the wake of numerous gay rights victories, most notably the legalization of same-sex marriage in some two dozen nations. These victories have had a two-fold effect in facilitating the rise of gay reparation: significantly advancing the normalization of homosexuality while at the same time allowing gay activists to shift their attention from demanding new rights to redressing past wrongs.”

Full story in the New York Review of Books