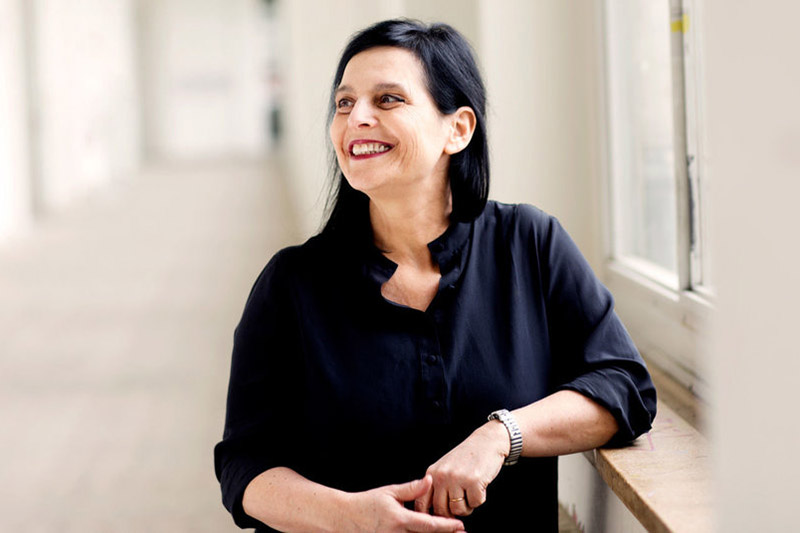 Chaya Czernonowin MFA ’88
“Notwithstanding the conservatism of the opera business,” writes the New Yorker’s Alex Ross, “many top houses offer a world première every season or two.” Chaya Czernowin’s Heart Chamber, which premiered at the Berlin Deutsche Oper in December, is a case in point: “Heart Chamber, for which Czernowin wrote her own libretto, tells of a contemporary love affair infiltrated by anxieties and hesitations. In an early scene, the soprano sings, ‘Hey! Pick up your phone! Are you home? Later, the baritone sings, ‘You can’t just suddenly close up like that.’ The feeling is less of two souls being joined in eternal love than of two individuals negotiating the intersection of their separate lives.

“At first glance, Czernowin, an Israeli native who teaches at Harvard, is an unlikely composer for such a project. Much of her work has tended toward images of primordial upheaval and elemental change. Her previous operas, Pnima and Infinite Now, conjured scenes of 20th-century catastrophe: the Holocaust in the former, the First World War in the latter. She avoids familiar harmonic signposts and is inclined toward spectacularly vivid eruptions of instrumental and electronic sound. The wonder of Heart Chamber is how she uses her radical sonic palette to evoke the stream of consciousness beneath the surface of ordinary life.”

Full story in the New Yorker