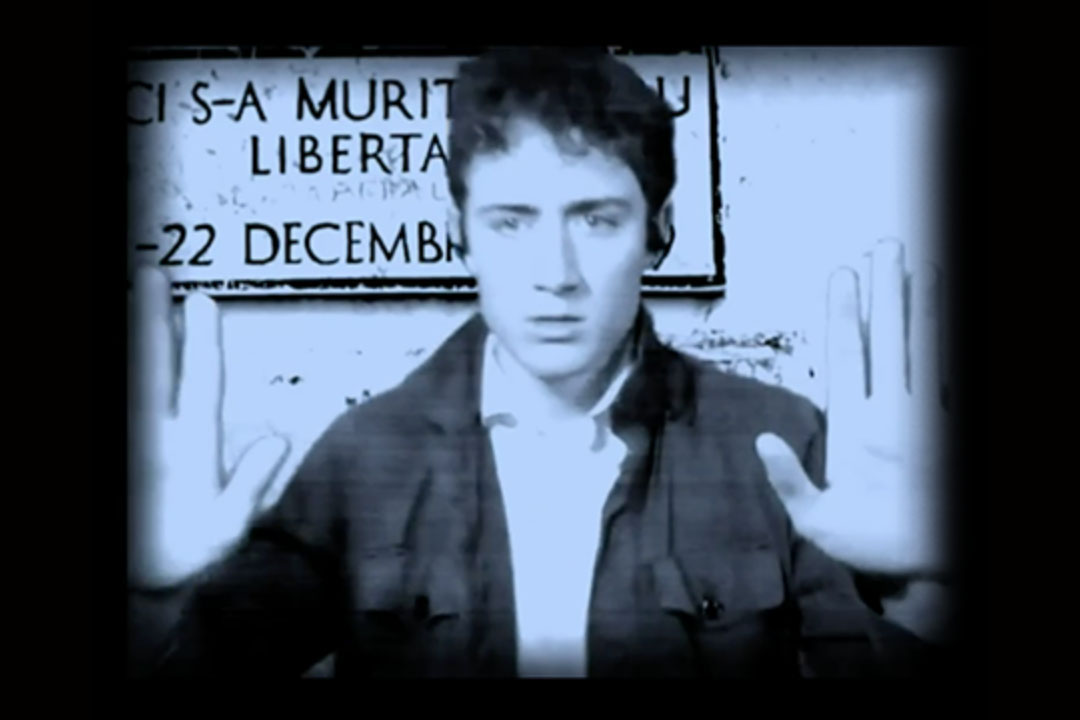 Bard student Gavin McKenzie '22 in Mad Forest.
The Bard College Theater and Performance Program has been invited by Theatre for a New Audience, in Brooklyn, to give three more live online performances of Mad Forest, as a coproduction with the Fisher Center. Bard students will be performing (virtually) off-Broadway. Performances on May 22, 24, and 27.

Mad Forest premiered on April 10 as the Theater and Performance Program's first-ever virtual production. Originally slated for the Fisher Center stage, the creative team transformed the work for live webcast. Ashley Tata directs this reimagining of Caryl Churchill's sly, funny, and surreal account of the Romanian Revolution, performed live by actors in isolation from 14 remote locations using a specially modified version of Zoom.