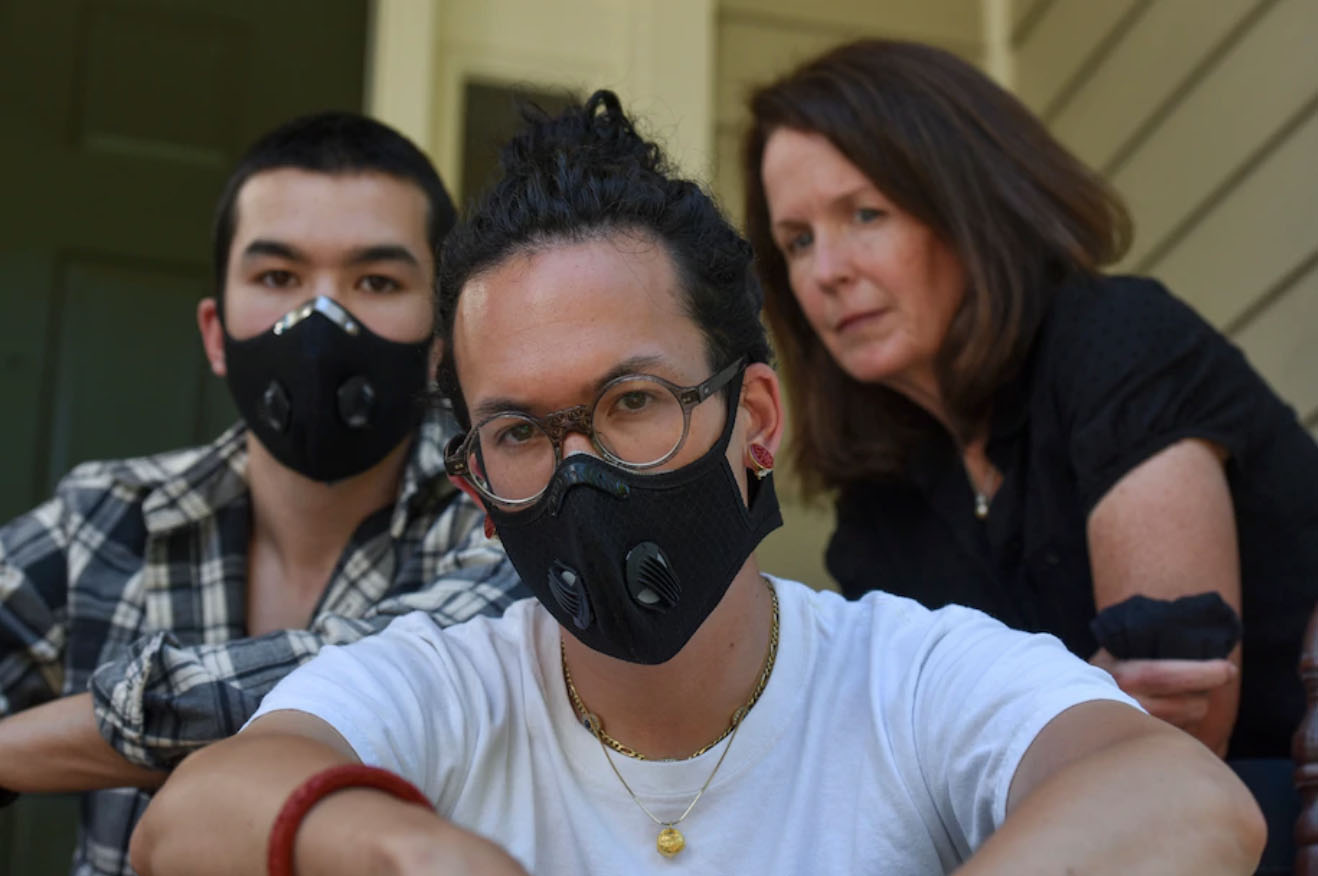 Charlie Mai, 24, center, and Henry Mai, 22, left, with their mother, Mary Byrne, at their home in Arlington, Va. Photo: Jahi Chikwendiu/the Washington Post
Young Asians and Latinx in the United States are taking the conversation about racism in America home by tackling difficult conversations with their families. Bard alumnus Charlie Mai and his brother, Henry, caused a family row when they told their father, a retired FBI agent, that they were attending a Black Lives Matter protest in D.C. Since then, conversations about race in their house have progressed, with Glenn Mai admitting, “I’ve been wrong.” Charlie is a Class of 2018 graduate in the Theater and Performance Program, who now works as an artist in New York City.