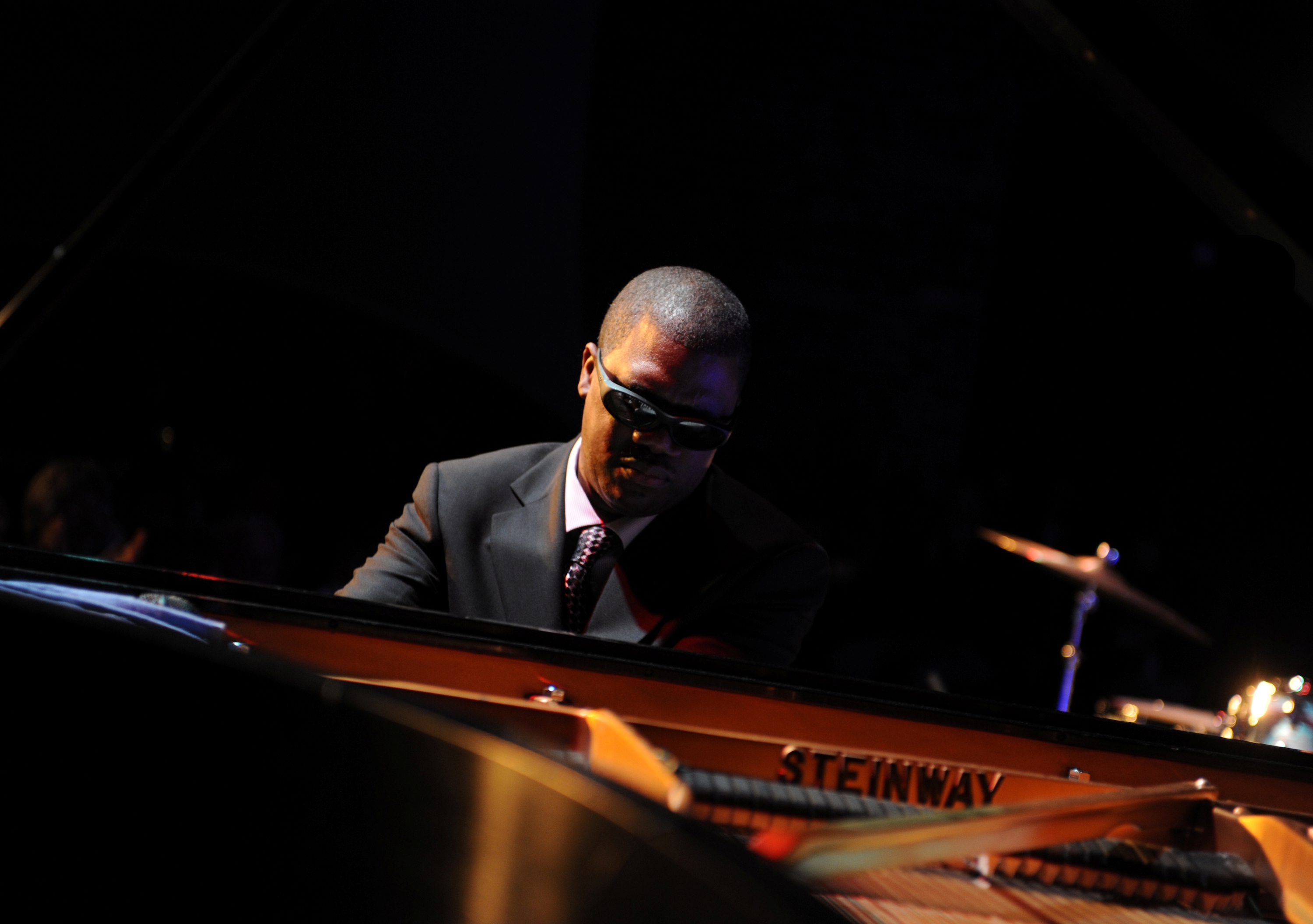 Distinguished Visiting Professor of Music Marcus Roberts. Photo by John Douglas
Bard College announces the appointment of award-winning pianist and composer Marcus Roberts as Distinguished Visiting Professor of Music for the 2020–21 academic year. A highly acclaimed modern jazz pianist, composer, and educator, Roberts is known throughout the world for his development of an entirely new approach to jazz trio performance as well as for his remarkable ability to blend the jazz and classical idioms. Hailed as “the genius of modern piano,” Roberts’s life and career were featured by the CBS news magazine 60 Minutes in a 2014 episode, “The Virtuoso,” in which he was interviewed by Wynton Marsalis. In addition to his renown as a performer and composer, Roberts is the founder of The Modern Jazz Generation, a multigenerational ensemble that is the realization of his long-standing dedication to training and mentoring younger jazz musicians. Roberts will teach a series of master classes to Bard music students this fall and spring.