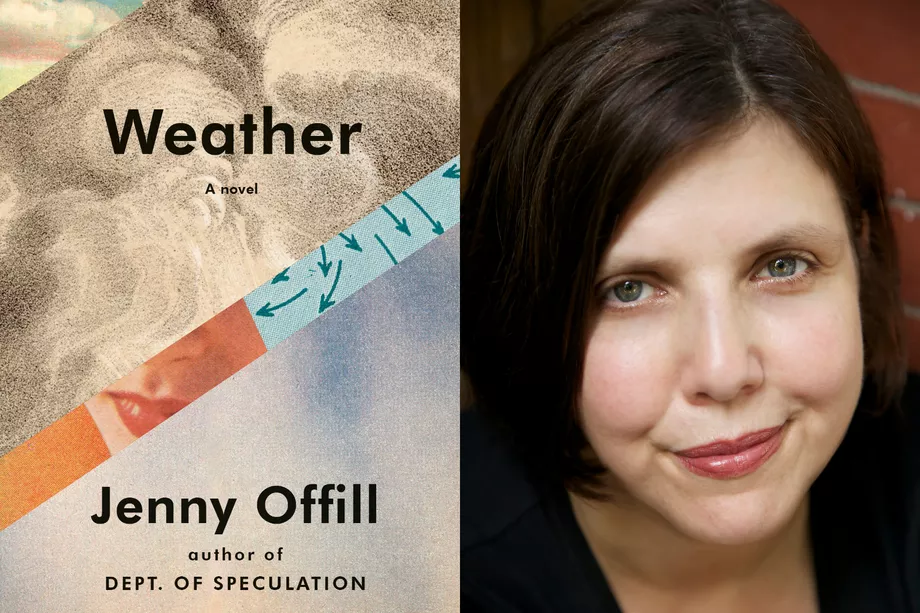 Writer in Residence Jenny Offill, Knopf/Emily Tobey
“In Weather, a librarian named Lizzie is weighed down by the torrent of information she keeps encountering about our doomed planet,” writes Hillary Kelly. “Slipping into what Offill calls ‘a kind of twilight knowing,’ she confronts the fact that flooded New York streets and barren apple trees aren’t a possibility but a certainty. Weather isn’t a comfort or a little packet of wishes for a healthy planet—it’s a meticulously constructed (often hilarious, sometimes disconsolate) lament for our old modes of thinking.”

Jenny Offill's Weather received end-of-year accolades from several publications. For further reading:
The Washington Post, “50 Notable Works of Fiction in 2020”
The Observer, “Books That Made 2020 Bearable: A Reading List for an Unusual Year”
The Guardian, “Best Fiction of 2020”