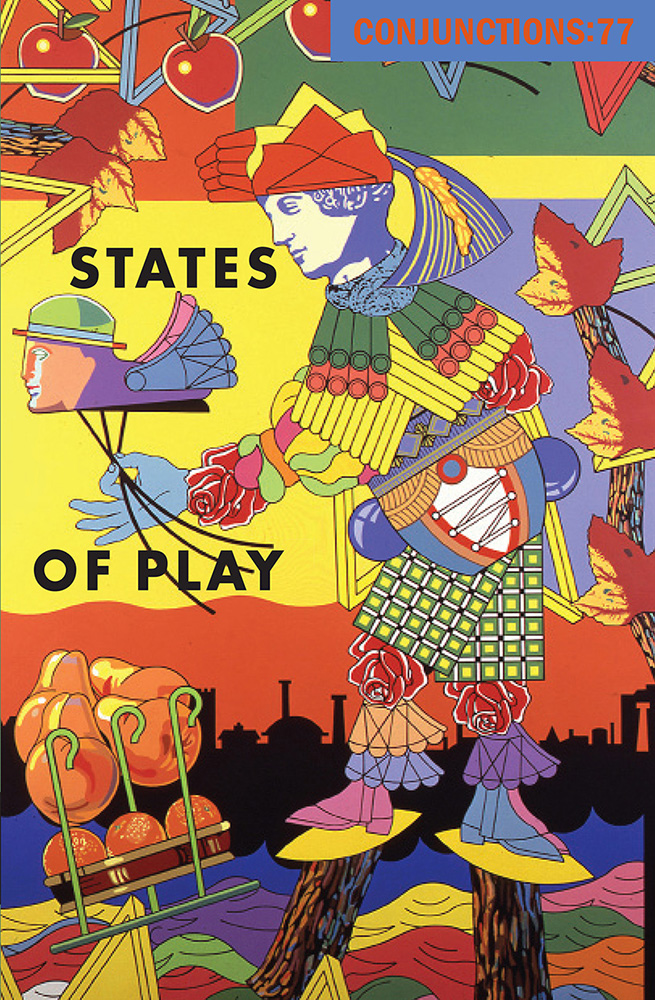 “The invitation to join in games,” proposes Conjunctions editor Bradford Morrow, “be they fun word games or lethal war games, games of chance or games of dexterity, umpired games or games in which the rules morph and cheaters prevail—is one we face, however joyfully, however subtly, however violently, every day of our lives.” Conjunctions:77, States of Play—the latest issue of the innovative literary magazine published by Bard College, which is now celebrating its Fortieth Anniversary of continuous publication—gathers fiction, poetry, essays, and genre-bending work from writers who are willing, through their writing, to invoke one of the oldest, most audacious questions one mortal can put to another: “Do you want to play a game?” Edited by novelist and Bard literature professor Morrow, States of Play features a collection of poems by celebrated Indian poet Ranjit Hoskote, a short story by international bestseller David Shields, poems by PEN/Malamud Award winner Nam Le, a new short story by Jerusalem Prize winner Joyce Carol Oates, new poems from National Book Award winner Arthur Sze, a new series of genre-bending work from cross-genre experimental writer Shelley Jackson, a new poem from National Book Award and Bollingen Prize winner Nathaniel Mackey, and a collaborative duet between Charles Bernstein and Tracie Morris, two of the most revered voices in American poetry.