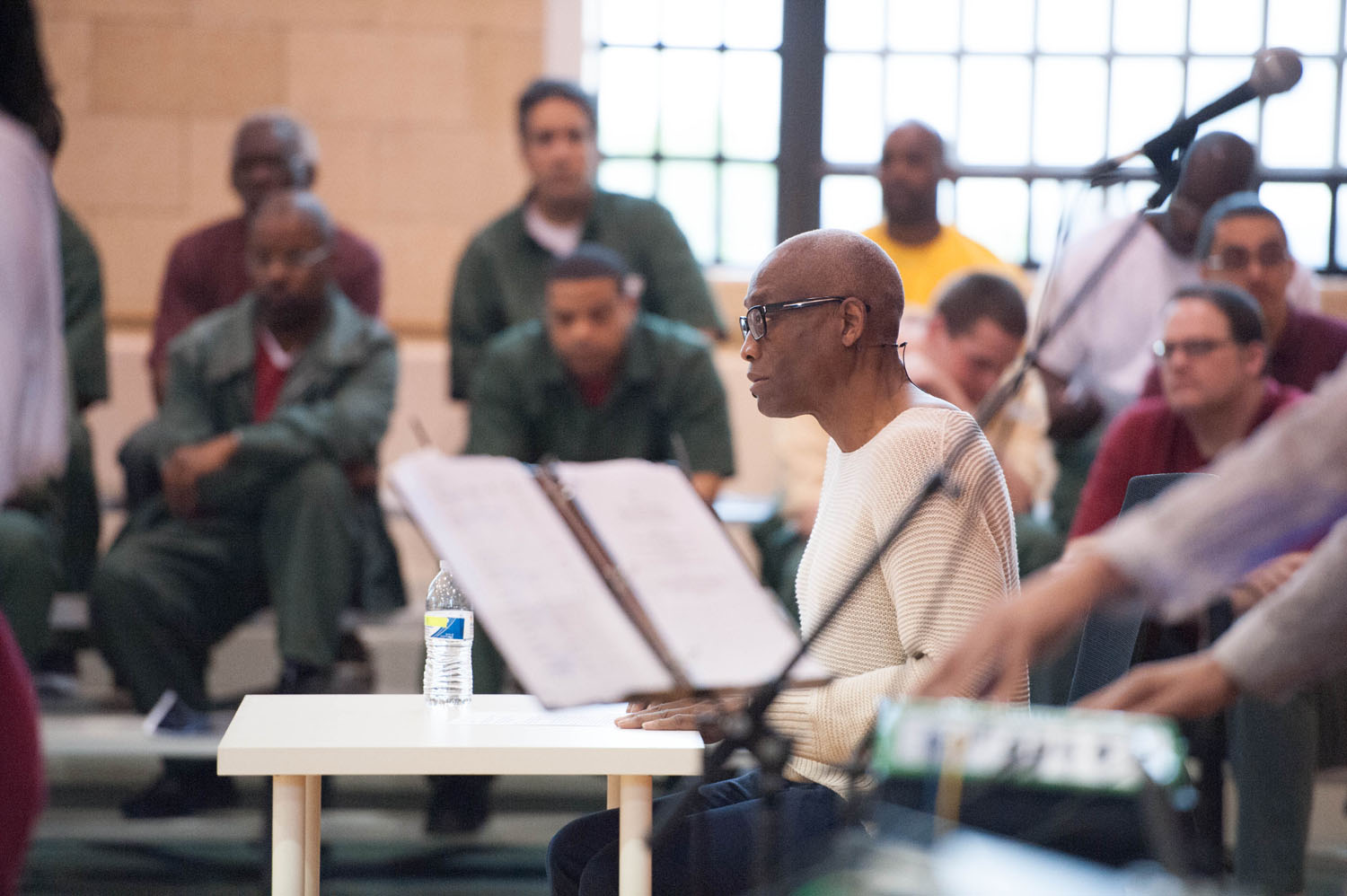 The world-renowned Bill T. Jones/Arnie Zane Dance Company, in residence at Bard College this spring, gave a site-specific performance at Fishkill Correctional Facility in Beacon, New York, on May 7. The Bard Prison Initiative (BPI), which operates one of its six academic programs at Fishkill, invited the Company to perform and meet with students. Bill T. Jones choreographed a new piece for the event, entitled Fishkill / Movements 1 Through 45.

Hundreds of men incarcerated at Fishkill attended the performance, during which Jones also collaborated with a BPI student who sang duets of Down by the Riverside and We Shall Overcome with Rev. J. Edward Lewis, the prison's Protestant chaplain. Following the performance, Jones led a question and answer session, which included in-depth discussion about the role of the arts, and particularly dance, in American society.

In the program Jones wrote, "Movements 1 Through 45 is yet another opportunity to identify that important conversation that happens between the performers in the Company and a specific audience. In our life as a dance company, we travel a great deal and perform for many people we don’t really know. We are excited when we run into a situation such as this one, where we can create a dialogue and even the possibility of sharing the stage with members of the community."

This performance was made possible by the partnership between New York Live Arts and the Bard College Dance Program.