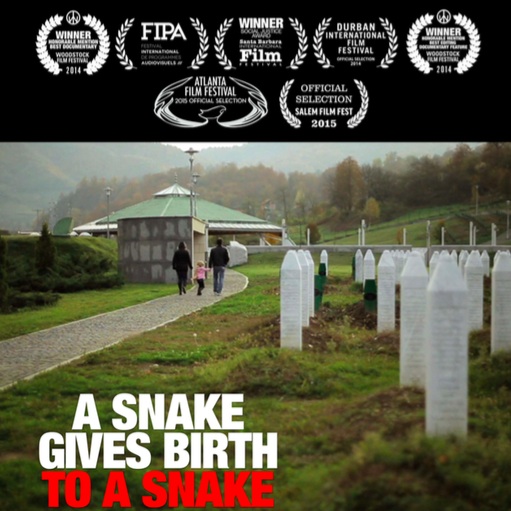 Film Screening, A Snake Gives Birth to a Snake and Director's Discussion by Michael Lessac

Tuesday, March 24, 2015
Campus Center, Weis Cinema
6:30 pm EDT/GMT-4
You are invited to join us in a special screening of the film, A Snake Gives Birth to a Snake , and a lively discussion led by the Director and Producer, Michael Lessac, founder of Global Arts Corps. The film recently had its US premiere at the Woodstock Film Festival in October 2014, where it received Honorable Mention for Best Feature Documentary and Honorable Mention for Best Editing on a Feature Documentary.

Film Synopsis: A diverse group of South African actors tours the war-torn regions of Northern Ireland, Rwanda, and the former Yugoslavia to share their country's experiment with reconciliation. As they ignite a dialogue among people with raw memories of atrocity, the actors find they must once again confront their homeland's violent past, and question their own capacity for healing and forgiveness. Featuring never-before-heard original music by jazz legend Hugh Masekela. To watch the official trailer, click here.

Pizza & Popcorn will be served!