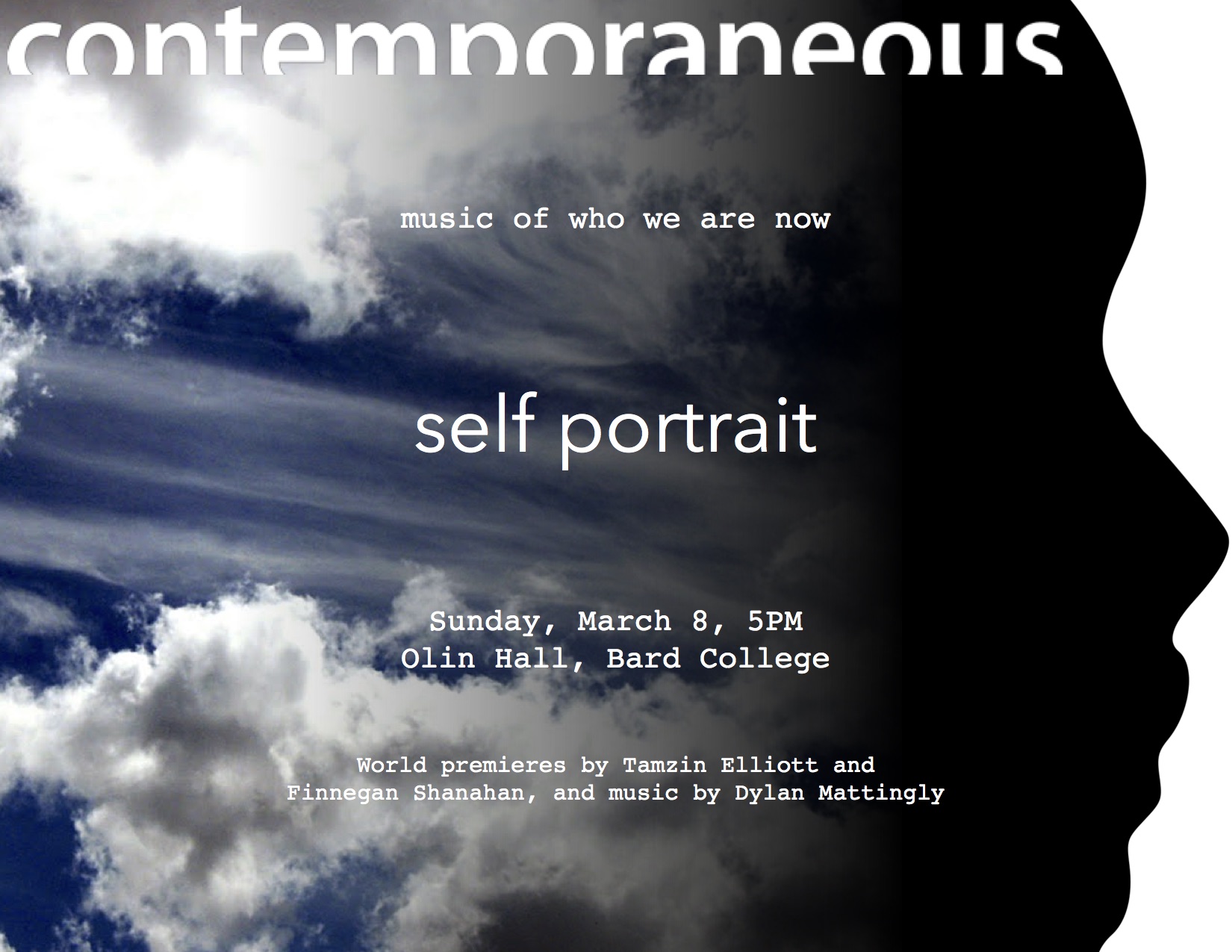 Celebrating the fifth anniversary of the ensemble's first show at Bard, and featuring world premieres by Bard students and alumni!
Sunday, March 8, 2015 | 5:00 pm

Self Portrait presents five works commissioned by Contemporaneous, including four world premieres and works by artists in the ensemble. The diverse pieces explore the rich, often complex, relationship between music and self-expression. Taken together, they offer a picture in sound of the ensemble at the present moment, informed by its history and imagining its future.

Tamzin Elliott (B.M., B.A., '16) whose work The New York Times has described as “effervescent” and “fresh,” has set her poetry to music in a new cycle of songs that feature soprano Lucy Dhegrae (M.M., '12). Drawing on disparate traditions, of songs for singer and large ensemble from Mahler to Frank Sinatra, Elliott’s music is intimate, vulnerable, and deeply affecting.

Dylan Mattingly's (B.M., B. A., '14) Lighthouse (Refugee Music by a Pacific Expatriate) is inspired by the composer's hometown San Francisco Bay, while Finnegan Shanahan's (B.A., '14) Water Cycle (Music for a Hudson River Railroad Dream-Map) reflects on the river that stretches from New York City up through Shanahan’s native Hudson Valley.

Impulses, by Brazilian composer and Contemporaneous clarinetist Vicente Alexim, is marked by high-energy bursts to propel and shape its dramatic transformations. Contrasting with this is the serene beauty of Still Life for Ensemble by Contemporaneous percussionist Matt Evans.