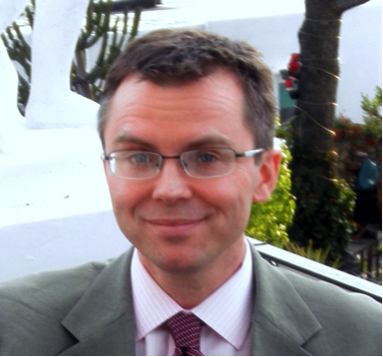 Jane Austen’s fiction is full of letters. Her first novels, in fact, began in epistolary form—but over a decade of revision meant they did not end this way. Those letters that remain in her novels are not just genuinely strange; they are constantly revisited objects to be interpreted and re-interpreted over time. Why didn’t Austen trust a purely documentary fiction? The answer to this question will tell us much about how she understood the function of documentary evidence, as well as shedding new light on the rhetorical strategies used by contemporary writers such as Olaudah Equiano and Mary Wollstonecraft.

Professor Michael Gamer is the author of Romanticism and the Gothic: Genre, Reception, and Canon Formation (Cambridge UP, 2000) and is currently at work on two books: Recollections in Tranquility: The Romantic Art of Self-Canonization, 1765-1832, and A History of British Theatre: Staged Conflicts. He is Associate Editor of the journal Essays in Romanticism, editor of Horace Walpole’s Castle of Otranto and Charlotte Smith’s Manon L’Escaut and the Romance of Real Life, and co-editor of The Broadview Anthology of Romantic Drama and Lyrical Ballads 1798 and 1800. Essays on poetic collections, gender and performance, the novel, pornography, print culture, authorship, and dramas of spectacle have appeared in journals including MLQ, PMLA, Novel, ELH, Nineteenth-Century Contexts, and Studies in Romanticism.