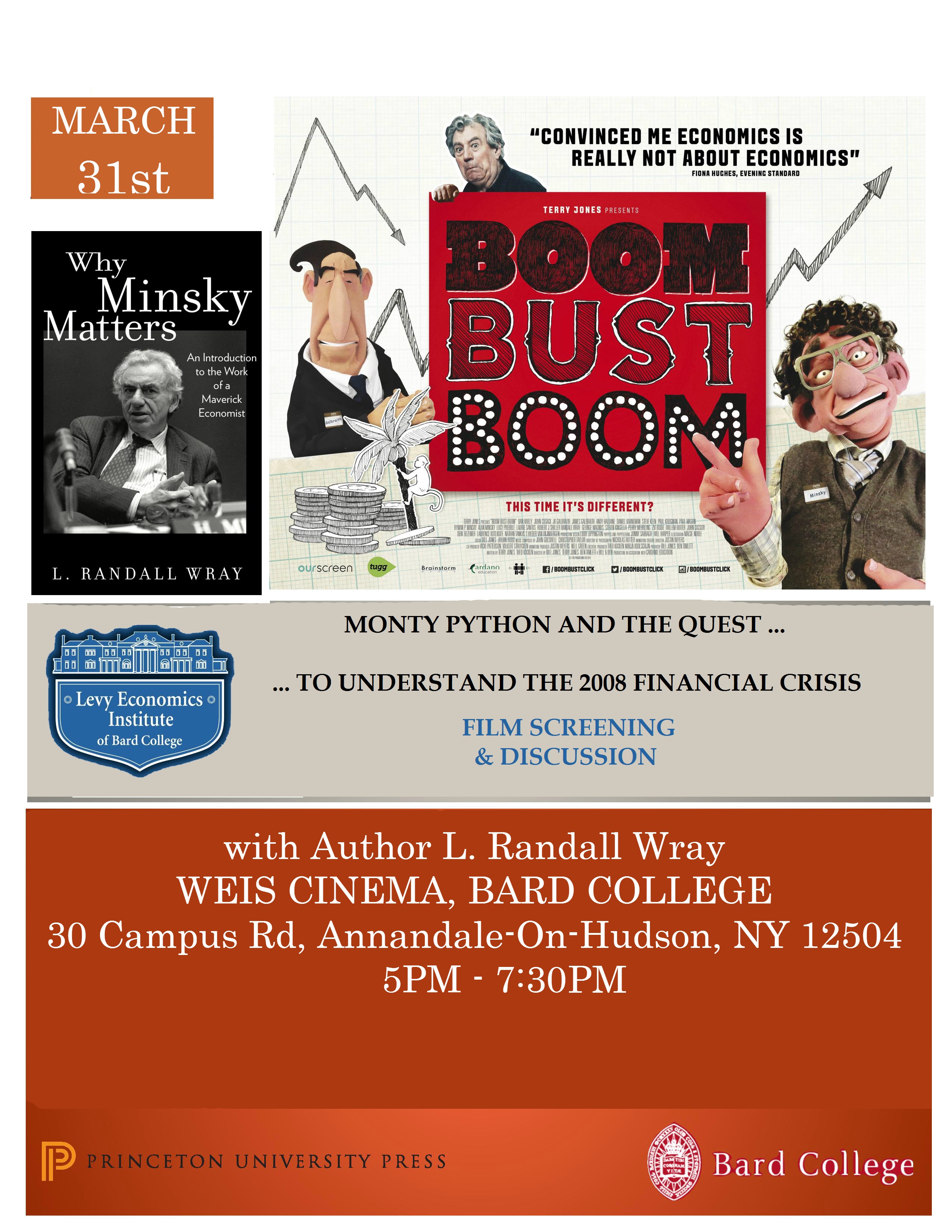 
The 2008 Financial Crisis was a pivotal moment in the 21st Century. Eight years later, economists, pundits, and policy makers are still trying to make sense of what had happened.

Now comes one of the clearest explanations to date by the creators of Monty Python!

Join us this Thursday, March 31st, @ 5PM, Weis Cinema, Bard College for the premier of "Boom, Bust, Boom", a documentary by Monty Python writer Terry Jones. The film features our very own Bard Economics Professor and Levy Senior Scholar L. Randall Wray, who will attend the screening and discuss his new book "Why Minsky Matters."

This film is part of a global movement to change the economic system through education to protect the world from booms and busts. A unique look at why economic crashes happen, this feature documentary combines live action with animation and puppetry (including a puppet of Bard's patron economist Hy Minsky) to explain economics to everyone.

The event is free and open to the public. We hope to see you there!