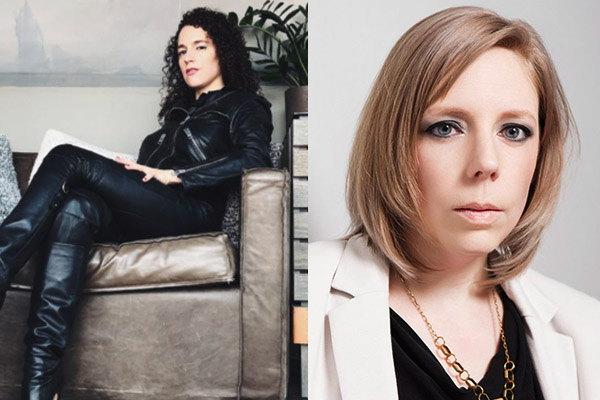 Melissa Gira Grant is a senior staff reporter covering criminal justice at the Appeal and the author of Playing the Whore: The Work of Sex Work (Verso). She has been a contributing writer at the Village Voice and Pacific Standard, and her work has also appeared in the Guardian, the New York Times, BuzzFeed News, the New York Review of Books, and the Nation, among other publications. Her essays are collected in Best Sex Writing, The Feminist Utopia Project, and Where Freedom Starts: Sex Power Violence #MeToo. She lives in New York.

It’s been one year since President Trump signed SESTA/FOSTA into law, a bill its supporters said would protect women and girls from trafficking into the sex trade. In this talk, we will work to make sense of how an obscure, complicated law like SESTA/FOSTA pushed the issue of sex workers’ rights into the public square, while sex workers simultaneously experienced more censorship and platform discrimination online.

We will trace the paradox sex workers currently face to the historic role sex workers have been cast in—as disruptive, as others, as dirt—over a century of attempts to scapegoat sex workers in moments of political upheaval, the expansion of surveillance and the rapid spread of propaganda through new technologies, and the threat of authoritarianism. In those times, as in this one, fearmongering and propaganda enjoyed a feedback loop, creating an enabling environment for repression and violence. What can we learn about the current attacks on sex workers from the closure of red-light districts a century ago, or in the witch hunts of 500 years ago? This was the fallout of SESTA/FOSTA: lawmakers claimed they were protecting vulnerable women and children from the dangers posed by traffickers and the internet. Yet lawmakers created a situation where vulnerable communities were exposed to more violence—not hidden in plain sight, but simply ignored.

This event is free and open to the public.