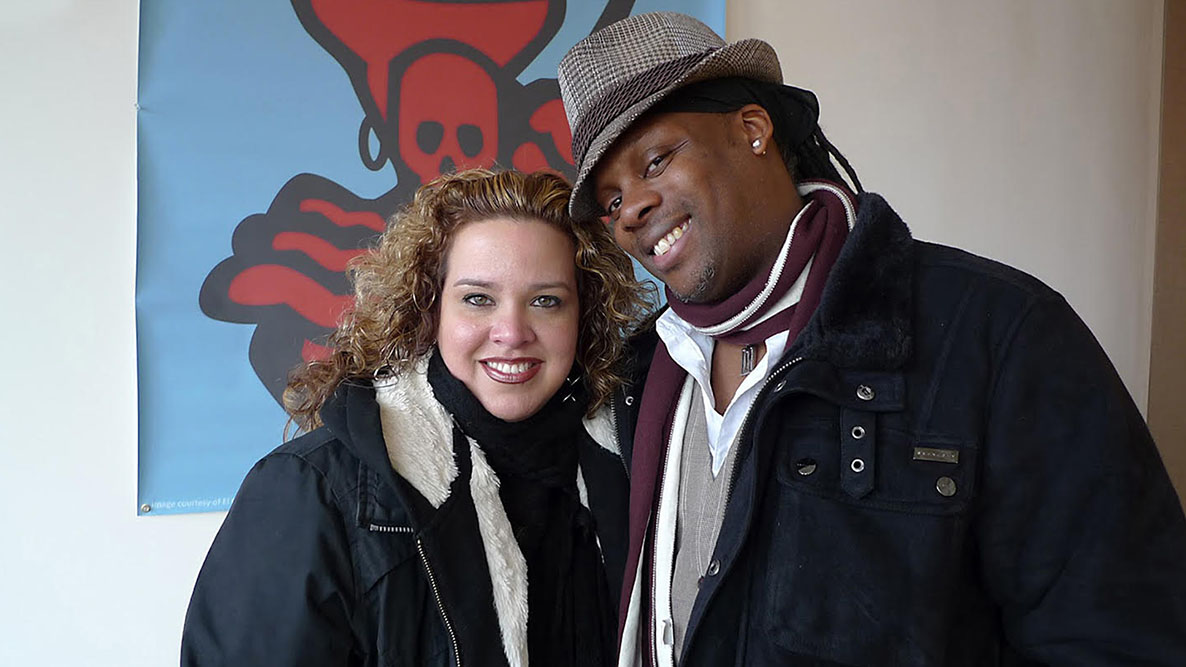 Campus Center, Weis Cinema
5:30 pm – 6:30 pm EDT/GMT-4
The Bard Community is invited to a talk and conversation focusing on Sapp’s and Ruiz-Sapp’s experiences and artistic development from their time as students at Bard, to founding UNIVERSES in 1995, and their company's continued success and development in its twenty-six years as a national theater company of color.
UNIVERSES is home to a core group of multi-disciplined writers and performers of color, who fuse  theater, poetry, dance, jazz, hip hop, politics, blues and Spanish boleros into their own unique brand of theatre-based performances. The group breaks the traditional theatrical bounds to create its own brand of theater. Founded in The Bronx, New York in 1995, the members of UNIVERSES came together in the urban poetry and music scene of the late 1990s, at venues such as the Nuyorican Poets Cafe. UNIVERSES’ original plays include Slanguage, (included in the anthology, The Fire This Time, African American Plays for the 21st Century, TCG), Ameriville, The Ride, The Denver Project, One Shot in the Lotus Position, Blue Suite, Live from the Edge, Party People (performed at The Public Theater in New York City in 2016), and AmericUS, which premiered at Cincinnati Playhouse, 2019-2020. UNIVERSES is the Ensemble in Residence at the Oregon Shakespeare Festival in Ashland, Oregon.

Sapp and Ruiz-Sapp have taken their company, (members include ’03 Bard Alum William Ruiz (a.k.a. Ninja) and Gamal Chasten) around the world, electrifying crowds, inviting and challenging old and new generations of theater makers, theatergoers, and newcomers to envision a new American Theater.