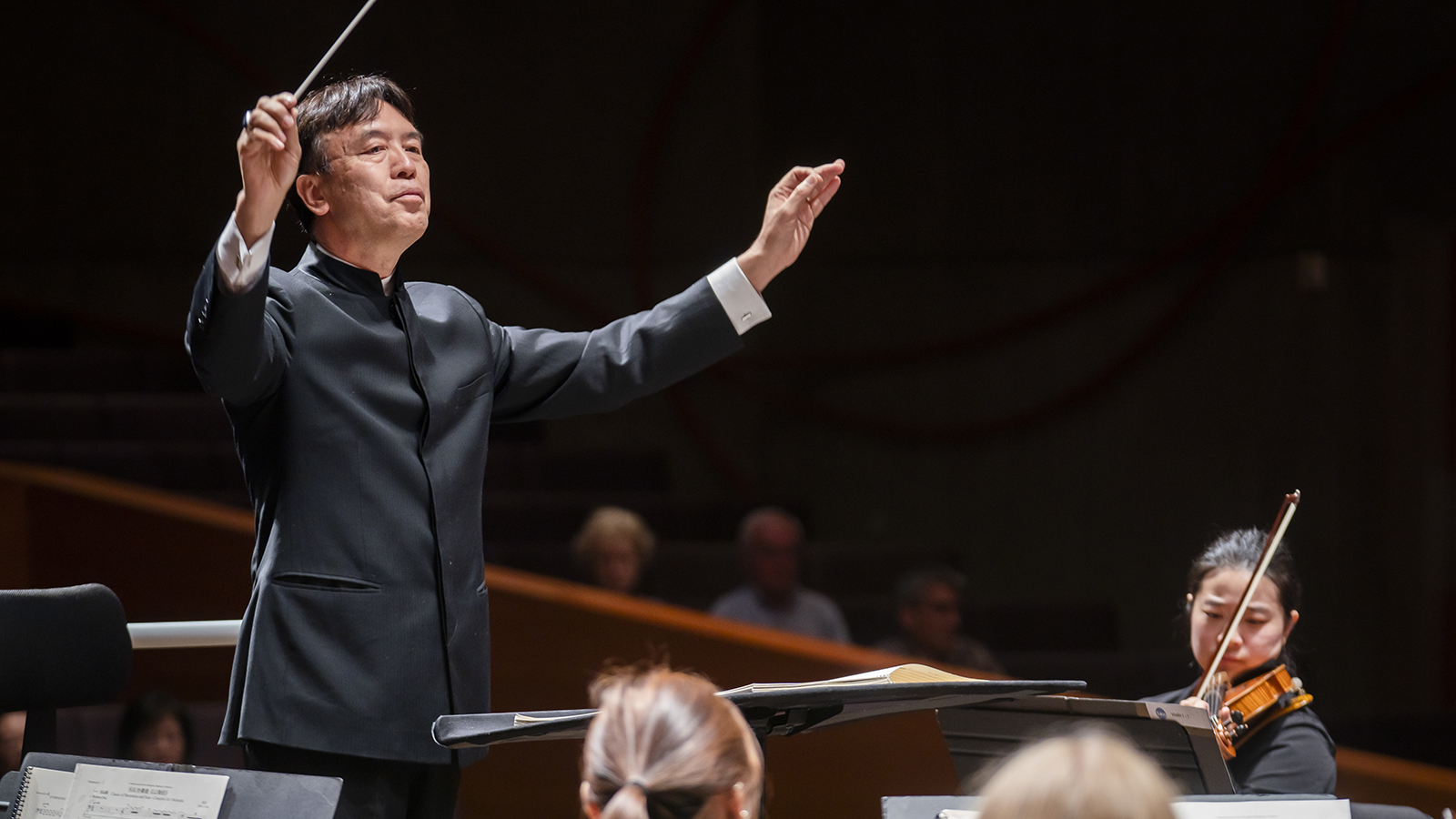 Jindong Cai conducts The Orchestra Now in a symphonic concert featuring works by Tan Dun, Huang Ruo, Peng-Peng Gong, and Xinyan Li. The program includes Tan’s Prayer and Blessing, his initial response to the pandemic, composed in early 2020; Li’s Awakening Light, concerto for guzheng and orchestra, commissioned by the festival to be performed by the winner of the 2019 Bard Conservatory Concerto Competition, Yixin Wang; Gong’s A Chinese in New York, a raw description of the experience of a Chinese student confronting cultural differences in America.

The concert concludes with several moving episodes from composer Huang Ruo’s 2014 opera, An American Soldier. The opera tells the powerful and haunting true story of the death of US Army Private Danny Chen, who was born and raised in New York's Chinatown and died in Afghanistan in 2001 after being subjected to relentless hazing and racial maltreatment by his superiors. The episodes presented here will be introduced by the opera’s librettist, Tony award-winning playwright David Henry Hwang. Estimated run time: 100 minutes, including one 15-minute intermission.

Now in its fourth season, the China Now Music Festival is a leading force in introducing music from contemporary China to the United States and in promoting musical exchanges between the US and China. This year, as we continue to pursue our vital mission, we are broadening our scope to include the voices of a wide array of Asian American composers, with the aim of exploring their importance in contemporary American music and society.

Other programs in this festival:
Composing for History
Music of Huang Ruo
October 12 at 8 pm

Ticket Information: TICKETS
• Tickets start at $25
• $5 tickets for Bard students are made possible by the Passloff Pass.
Buy Tickets