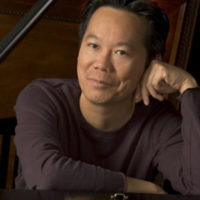 Pianist Wayman Chin has performed widely throughout the United States, Asia, and the United Kingdom. In the United States, his concerts include performances at Princeton University, the Curtis Institute of Music, Jordan Hall, the Isabella Stewart Gardner Museum in Boston, the Honolulu Academy of Arts, and the Old First Concert Series in San Francisco. Chin has appeared at Tsuen Wan Town Hall in Hong Kong, and in the Philippines, on the Sala Foundation concert series, at the residence of the United States Ambassador in Manila, and at Soochow University in Taipei.
Download: Wayman Chin Program.pdf