Opinion: We can’t be lulled into a false sense of security. Trumpism is far from over. Bard Faculty Francine Prose in the Guardian 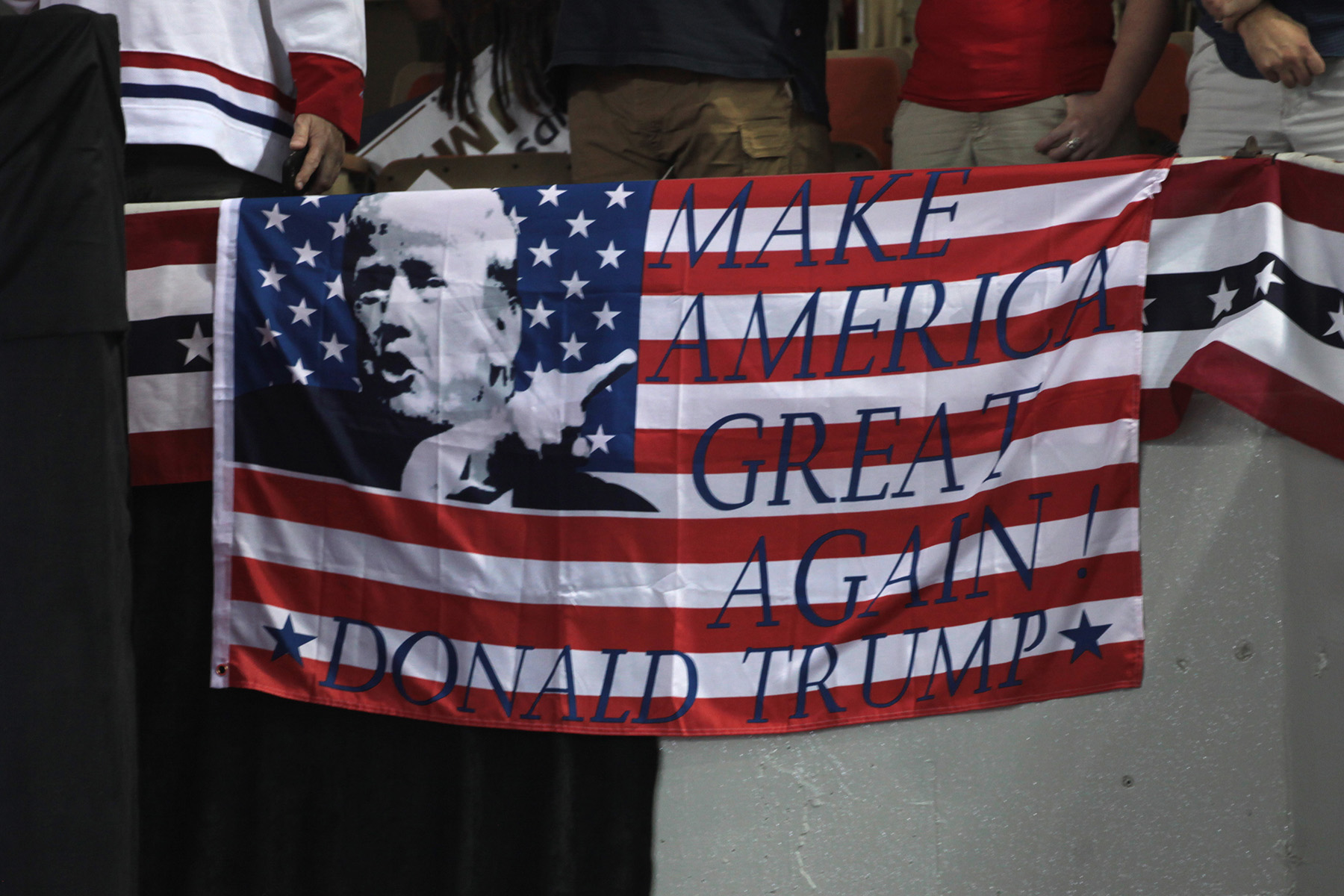 Flag supporting Donald Trump at a rally at Veterans Memorial Coliseum at the Arizona State Fairgrounds in Phoenix, Arizona. Photo by Gage Skidmore (CC BY-SA 2.0)
Distinguished Writer in Residence Francine Prose considers the results of the midterms and a growing sense that Donald Trump “is losing his grip on the Republican party.” But she cautions, “to ‘move on’ from Trumpism, to view his regime as an aberration, a four-year mistake, is to fall victim to the dangerous historical amnesia to which Americans seem so susceptible.” She examines Trump’s announcement of his intention to run for president in 2024 and reflects on some of the most divisive moments of his presidency.