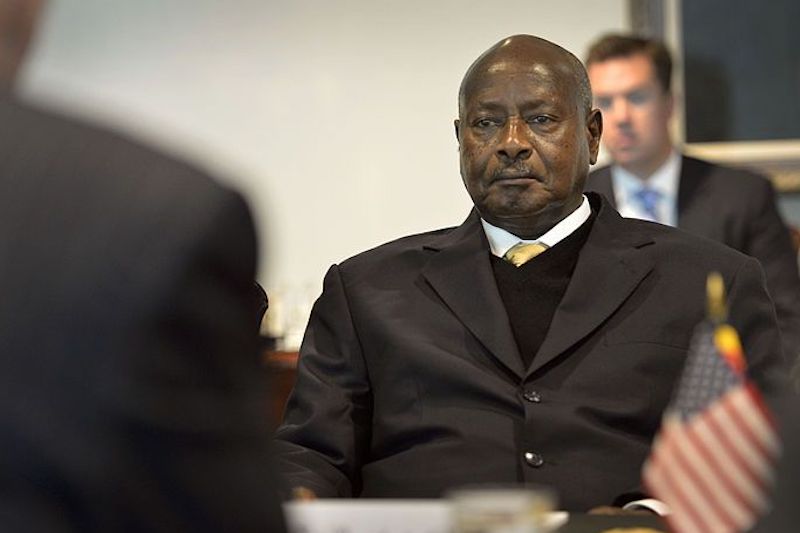 Ugandan President Yoweri Museveni in a meeting at the Pentagon in Washington, D.C. Photo by Glen Fawcett/DoD
“During the 1990s, Washington supported democracy in many African countries by imposing sanctions—or threatening to impose them—on regimes that failed to allow multiparty electoral competition, grant press freedom, and release political prisoners. This policy led to democratic transitions in South Africa, Malawi, Namibia, Ghana, Tanzania, Zambia, and other countries,” says Epstein. “However, unbeknownst to most US taxpayers, some countries, including Uganda, Rwanda, Ethiopia, and DRC, were never encouraged to democratize. These countries, along with South Sudan, after its creation in 2011, have been led by dictators who enjoy vast amounts of development and military assistance from Washington.”