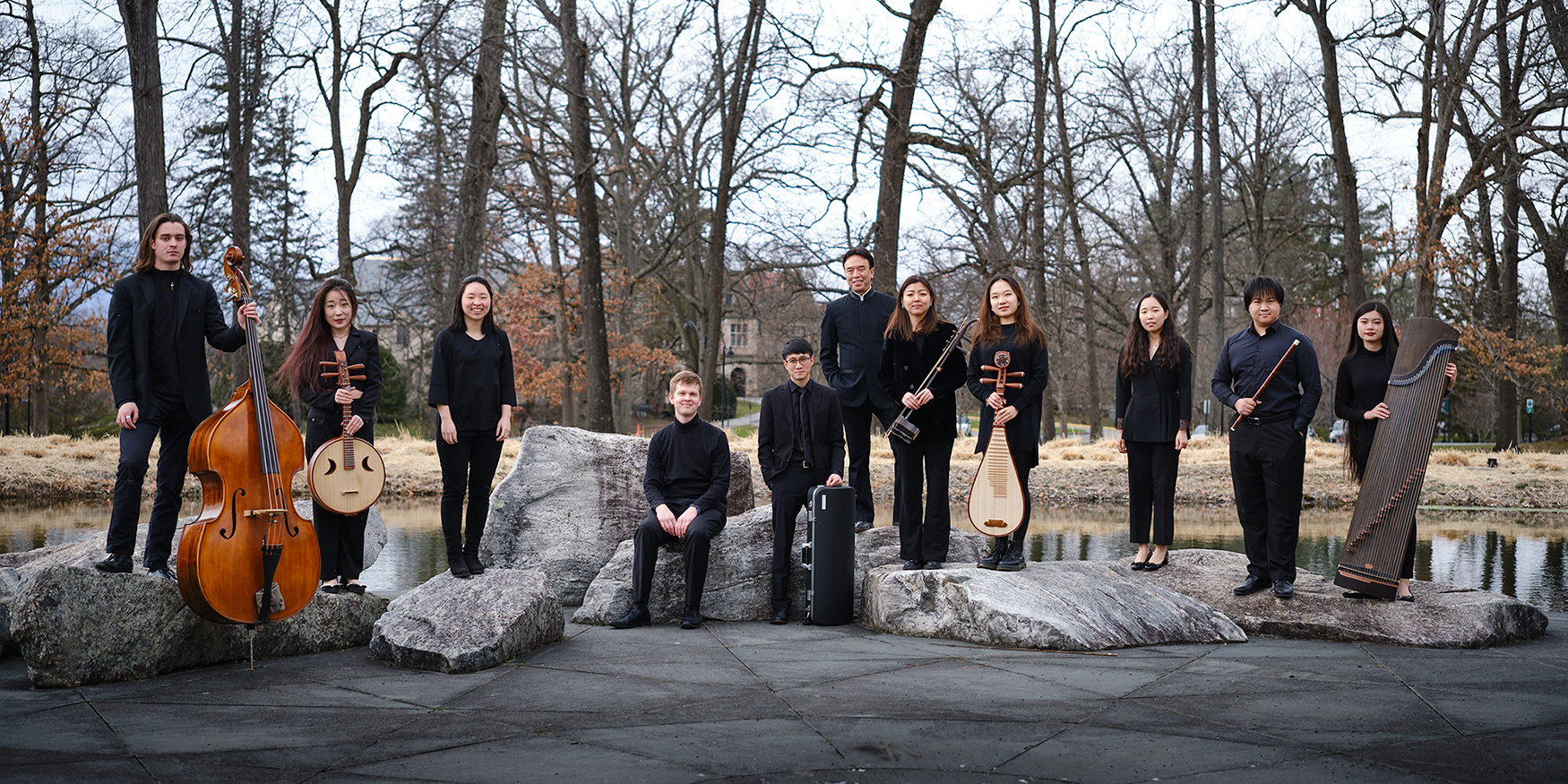 The Bard East/West Ensemble Debuts at “COAL + ICE: Visualizing the Climate Crisis,” Presented by Asia Society in Collaboration with the John F. Kennedy Center for the Performing Arts

Bard Conservatory’s New Ensemble Integrates Chinese and Western Music to Explore New Models of Cross-cultural Cooperation
WASHINGTON, DC — On Saturday, April 16 at 7 p.m., the Bard East/West Ensemble, founded by the Bard Conservatory of Music's U.S.-China Music Institute, will perform a public concert under the direction of conductor Professor Jindong Cai at the Kennedy Center for the Performing Arts in Washington, D.C., with a program of music that brings East and West together. The concert is part of the “COAL + ICE” documentary photography exhibition and climate-themed arts festival organized by Asia Society and the John F. Kennedy Center for the Performing Arts, which is currently running through April 22 at The REACH at Kennedy Center. All events are free and open to the public.

The Bard East/West Ensemble, as the name suggests, aims to combine the instrumentation and musical traditions of the East and the West, to bring together Chinese music and Western music, and to seek a new model of cross-cultural music cooperation. Under the direction of Jindong Cai, the ensemble is comprised of young musicians from the Bard Conservatory of Music and invites accomplished artists to collaborate as guest soloists. The Bard East/West Ensemble will dedicate itself to playing works with unique instrumental creations and arrangements by its resident composers Xinyan Li, Gao Chengjin, and Zhihua Hu, thus creating a new way of musical expression. The ensemble includes 12 musicians who play dizi, erhu, pipa, ruan, suona, guzheng, violin, viola, cello, double bass, and percussion.

Jindong Cai, director of the U.S.-China Music Institute, said: "Music is a unifying force in our ever-changing world. The Bard East/West Ensemble combines Western and Chinese instruments to create a musical dialogue of the kind that we need now more than ever. We look forward to perform during the “COAL + ICE” festival at the Kennedy Center."

The Bard East/West Ensemble’s performance at the prestigious John F. Kennedy Center for the Performing Arts in Washington DC will begin with a 30-minute panel discussion called “Musical Connections in Challenging Times,” with guest speakers Orville Schell, Sheila Melvin, and Jindong Cai.  Subsequently, the one-hour concert will be conducted by Jindong Cai, with instrumental and vocal repertoire from Chinese and American traditional and contemporary music.

The hourlong concert program responds to the exhibition’s theme of climate change awareness through art, and advocates for the concept of international mutual cooperation. The selection of music encourages innovation, breaks boundaries in musical expression between Chinese music and Western music, and offers a delightful experience for audiences from all cultural backgrounds.

Program highlights include Vivaldi's famous “The Four Seasons” arranged especially for the Bard East/West Ensemble. The Chinese wind instrument virtuoso Yazhi Guo will perform a new work, “The World of Winds,” in which he will play various wind instruments such as the suona, sheng, guanzi, hulusi, and saxophone. Soprano Esther Maureen Kelly and baritone José Rubio are two active intercultural singers who will perform a selection of songs in both Chinese and English. Other repertoire includes ensemble works “The Amusing Couple” by Bao Yuankai and “The Silk Road” by Jiang Ying, evoking Chinese folk tradition and the landscapes on the silk road.

This year’s “COAL + ICE” documentary photo exhibition is the first time its global tour has landed on the East Coast of the United States, visualizing climate change through 30,000 square feet of immersive documentary footage. The six-week festival, which revolves around the exhibition, offers music, theater, panel discussions, art-making and other activities for audiences of all ages, and is included in the Kennedy Center’s 50th Anniversary season. All events are free and open to the public, although pre-registration is required on the Kennedy Center’s website.

“COAL + ICE” is a multinational group exhibition focusing on climate change and environmental protection, originally conceived by Asia Society's Center for US-China Relations. First developed as an exhibition for Three Shadows Photography Art Center in Beijing in 2011, it has since been shown across China, in Paris during COP21, and most recently in 2018 at the Fort Mason Center for Arts and Culture in San Francisco.