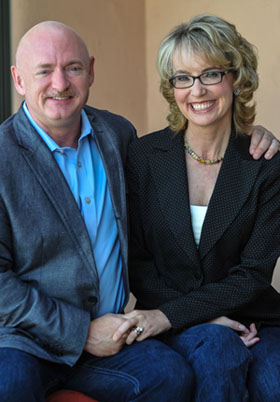 Bard College Holds One Hundred Fifty-Third Commencement on Saturday, May 25, 2013

BARD COLLEGE HOLDS ONE HUNDRED FIFTY-THIRD COMMENCEMENT ON SATURDAY, MAY 25, 2013

Other events taking place during commencement weekend include class reunions; a concert by Bard student soloists and composers with the American Symphony Orchestra, Leon Botstein, conductor; and the granting of Bard College awards for 2013. The Bard Medal will be presented to Roger Phillips ’53; the John and Samuel Bard Award in Medicine and Science to Nicholas Ktistakis ’83; the Charles Flint Kellogg Award in Arts and Letters to Ashim Ahluwalia ’95; the John Dewey Award for Distinguished Public Service to José A. Aponte ’73; the Mary McCarthy Award to Mona Simpson; and the Bardian Award to John B. Ferguson, William Griffith, Jane Hryshko, and Jane Terney Korn.

ABOUT THE COMMENCEMENT SPEAKERS

Former U.S. Representative Gabrielle Giffords has become known across the country for her resilience in the face of violence, and for her consensus-building leadership in Congress. Giffords was shot in the head at point-blank range at a Congress on Your Corner event in Tucson on January 8, 2011. Stepping down from Congress in January 2012, Giffords said, “I will return, and we will work together for Arizona and this great country.” Giffords and her husband, Mark Kelly, founded Americans for Responsible Solutions as a way to encourage elected officials to stand up for both the 2nd Amendment and safer communities by communicating directly with their constituents. Giffords and Kelly will not let leaders across the country forget that Americans are demanding responsible solutions to this critically important issue.

Giffords, who first was a registered Republican, considers herself a moderate Democrat. She ran in six elections in southern Arizona and won all of them. A third generation Arizonan, Giffords has long been a gun owner and believes in the constitutional right of all Americans to safe and responsible gun ownership. For more than 10 years, Giffords has dedicated herself to public service. As the youngest woman ever elected to the Arizona State Senate, she represented her community in the Arizona Legislature from 2000 to 2005, and then in Congress from 2006 to 2012. Her success was credited to her reliance on the old-fashioned values of kindness, candor, and hard, grueling work. In Congress, Giffords represented a diverse area that covers 9,000 square miles, including a 114-mile border with Mexico. She quickly became a leading champion of border security, energy independence, and the needs of military families and veterans. Consistently ranked as one of the most centrist legislators in Congress, she is a strong supporter of fiscal responsibility, bipartisanship, and government accountability.

She is married to Mark Kelly, a retired Navy captain and NASA astronaut. Giffords was for several years the only U.S. representative with an active-duty military spouse. She was recognized as the Honorary Military Spouse of the Year for 2011 by Military Spouse magazine. Giffords holds a master’s degree in regional planning from Cornell University and a B.A. from Scripps College, where she was awarded a William Fulbright Scholarship to study for a year in Chihuahua, Mexico. Bard alumna Pia Carusone ’03 was Giffords’ chief of staff and is currently the executive director of Americans for Responsible Solutions.

Mark Kelly, husband of former Congresswoman Gabrielle Giffords, is a retired astronaut and U.S. Navy captain with 6,000 flight hours in more than 50 different aircraft, 375 aircraft carrier landings, 39 combat missions, and more than 50 days in space. As a naval aviator, Kelly flew combat missions during the Gulf War. He received initial training on the A-6E Intruder attack aircraft. He was then assigned to Attack Squadron 115 (VA-115) in Atsugi, Japan, and made two deployments to the Persian Gulf on the aircraft carrier USS Midway, flying 39 combat missions in Operation Desert Storm. The winner of many awards, including the Defense Superior Service Medal, Legion of Merit and Distinguished Flying Cross, Kelly was selected as an astronaut in 1996. He flew his first of four missions in 2001 aboard space shuttle Endeavour, the same shuttle that he commanded on its final flight in May 2011. He is one of only two individuals who has visited the International Space Station on four different occasions. Kelly’s identical twin brother, Scott, is also an astronaut who served as commander of both the space shuttle and the International Space Station. They share the distinction of being the only siblings who have traveled in space.

Kelly was thrust into the national spotlight in January 2011 after his wife was shot in an assassination attempt in Arizona. Kelly, the son of two police officers, is from West Orange, New Jersey. He received a B.S. degree in marine engineering from the United States Merchant Marine Academy, graduating with highest honors in 1986. In 1994, he received an M.S. degree in aeronautical engineering from the U.S. Naval Postgraduate School.