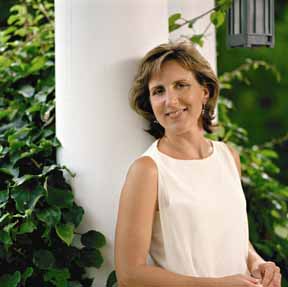 The Richard B. Fisher Center for the Performing Arts Presents the Conservatory Sundays Matinee Series

ANNANDALE-ON-HUDSON, N.Y.— The Richard B. Fisher Center for the Performing Arts presents the popular Conservatory Sundays matinee concert series for fall 2013. The concerts will be performed September 15 and 29, November 10, and December 8. Proceeds from the series, performed by Conservatory students with faculty and special guests, will benefit the Scholarship Fund of The Bard College Conservatory of Music. All performances take place in the Sosnoff Theater at 3 p.m. Suggested donations are $20 (orchestra seating) and $15 (parterre/first balcony). The minimum donation for orchestra seating is $5. Seating location for tickets reserved without a donation will be assigned by the Box Office. For ticket information contact the Fisher Center box office at fishercenter.bard.edu or call 845-758-7900.

The series continues on Sunday, September 29, with “Music Alive!”, Joan Tower and Blair McMillen, artistic directors. More than 40 artists present a colorful selection of music from the 20th and 21st centuries, with works by Louis Andriessen, Osvaldo Golijov, Joan Tower, Daniel Wohl ’03, and a premiere by Conservatory student Tamzin Elliott ’17.

On Sunday, November 10, the Conservatory Orchestra, conducted by Leon Botstein, music director, will perform a program that includes Rossini’s Overture to William Tell; Strauss’s Till Eulenspiegel; and Shostakovich’s Symphony No. 15 in A Major, Op. 141.

The Conservatory Orchestra returns on Sunday, December 8, in concert with Jeffrey Kahane, guest conductor and pianist. The program includes Chausson’s Poème, for violin and orchestra, Op. 25, with Sabrina Tabby ’14; Beethoven’s Piano Concerto No. 4, Op. 58; and Brahms’s Symphony No. 1.

For more information about additional events, including concerts and master classes, go to www.bard.edu/conservatory.

Dawn Upshaw made her debut at the Metropolitan Opera in 1984 and has since achieved worldwide celebrity as a singer of opera and concert repertoire. She is known for singing the great Mozart roles (Pamina, Ilia, Susanna, Despina) as well as works by Bach, Bartók, Stravinsky, Poulenc, Messiaen, Debussy, and John Adams, and has performed with James Levine, Sir Simon Rattle, Gilbert Kalish, Kronos Quartet, Orchestra of St. Luke’s, and the Cleveland, Chicago, and Philadelphia Symphony Orchestras, among others. She is the winner of three Grammy Awards and is featured on more than 50 recordings. Upshaw is the first singer to be named a “Perspectives” Artist by Carnegie Hall, and is the recipient of a MacArthur Fellowship (2007).

Joan Tower is widely regarded as one of the most important American composers living today. During a career spanning more than 50 years, she has made lasting contributions to musical life in the United States as composer, performer, conductor, and educator. Her works have been commissioned by major ensembles, soloists, and orchestras, including the Emerson, Tokyo, and Muir quartets; soloists Evelyn Glennie, Carol Wincenc, David Shifrin, and John Browning; and the orchestras of Chicago, New York, St. Louis, Pittsburgh, and Washington D.C. among others.  In 1990, Tower became the first woman to win the prestigious Grawemeyer Award for her composition Silver Ladders. She was the first composer chosen for a Ford Made in America consortium commission of 65 orchestras. The Nashville Symphony and conductor Leonard Slatkin recorded that work, Made in America, along with Tambor and Concerto for Orchestra, for the Naxos label. The top-selling recording won three 2008 Grammy awards: Best Classical Contemporary Composition, Best Classical Album, and Best Orchestral Performance.

Leon Botstein has been music director and principal conductor of the American Symphony Orchestra since 1992. He is the chairman of the board of Central European University; board member, Open Society Foundations; and was music director, Jerusalem Symphony Orchestra from 2003 to 2010. He is also the founder and co-artistic director of Bard SummerScape and the Bard Music Festival, now in its 24th year. He has been president of Bard College in New York since 1975.

The mission of The Bard College Conservatory of Music is to provide the best possible preparation for a person dedicated to a life immersed in the creation and performance of music. The Conservatory features a unique double-degree program in which all undergraduate Conservatory students receive a bachelor of music and a bachelor of arts in another field. In addition, the Conservatory offers a graduate program in vocal arts, led by renowned soprano Dawn Upshaw; graduate programs in orchestral and choral conducting, codirected by James Bagwell, Leon Botstein, and Harold Farberman; a postgraduate Collaborative Piano Fellowship, directed by Frank Corliss; and a Preparatory Division for students ages 3–18.