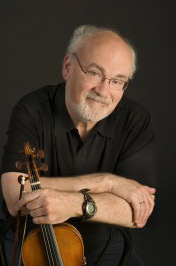 Aston Magna Music Festival 2014: A Season of Romance, War, and Other Human Follies

Tickets are $35 ($30/seniors). Students with valid full-time student ID may purchase $5 student rush tickets on the day of the performance, subject to availability. Art/Smart tickets for people under 30 are $15 at the door. Subscriptions and single tickets can be purchased at astonmagna.org, or (800) 595-4TIX(4849).

On five Thursdays, June 19–July 17, the same Aston Magna performances take place at Slosberg Auditorium at Brandeis University in Waltham, Massachusetts. On Saturdays the Festival moves to Great Barrington, Massachusetts, on June 21, 28, July 5 and July 19 at 6 p.m. at Daniel Arts Center at Bard College at Simon’s Rock; and on July 12 at 8 p.m., at the Mahaiwe Performing Arts Center.

The Aston Magna Music Festival concerts at Bard are made possible, in part, by the New York State Council on the Arts with the support of Governor Andrew Cuomo and the New York State Legislature. Aston Magna is also supported by the Massachusetts Cultural Council; the local cultural councils of Waltham, Egremont-Alford, and Sheffield; and by Friends of Aston Magna.