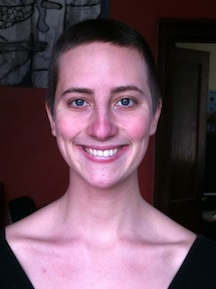 ANNANDALE-ON-HUDSON, N.Y.—Bard College senior Annie Trowbridge, from Peterborough, New Hampshire, has been awarded the prestigious Thomas J. Watson Foundation 2015–16 Fellowship, which provides for a year of travel and exploration outside the United States. The fellowship offers college graduates of unusual promise a year of independent, purposeful exploration and travel—in international settings new to them—to enhance their capacity for resourcefulness, imagination, openness, and leadership and to foster their humane and effective participation in the world community. Each Watson Fellow receives a grant of $30,000 for 12 months of travel and independent study.

Annie Trowbridge has won a Watson Fellowship for her proposal “Wool: A Tactile Tradition of Meaning and Ritual.” She will spend the 2015–16 academic year traveling through Iceland, Scotland, Peru, Chile, Nepal, and Laos studying wool working. “I will experience a varied landscape of communities that perform the stages of the wool process from its conception in shearing and carding to its elaborately woven designs,” says Trowbridge. “From islands populated almost solely by sheep and their farmers to Buddhist communities of dyers and weavers who come together for social change, I will experience firsthand the intimacy of working with my hands alongside others who value the ancient, healing, and transformative practice of wool.”

Bard senior Leya Kayas has been named an alternate Watson fellow for her proposal, “Aural Journeying: Radio as Cultural Production and Distribution,” to spend the 2015–16 academic year in the Middle East and Northern Europe exploring the ways music and other arts and culture intersect through radio.

For further information about the Thomas J. Watson Fellowship Program, visit http://watson.foundation/ or contact the foundation at 212-245-8859.

TO DOWNLOAD a high-resolution photo, go to: www.bard.edu/news/pressphotos/. CAPTION INFO: Bard College senior Annie Trowbridge, from Peterborough, New Hampshire, has been awarded the prestigious Thomas J. Watson Foundation 2015–16 Fellowship.  IMAGE CREDIT: Emma Lutz-Higgins.
#
About Bard College
Founded in 1860, Bard College in Annandale-on-Hudson, New York, is an independent, nonsectarian, residential, coeducational college offering a four-year B.A. program in the liberal arts and sciences and a five-year B.A./B.S. degree in economics and finance. The Bard College Conservatory of Music offers a five-year program in which students pursue a dual degree—a B.Music and a B.A. in a field other than music—and offers an M.Music in vocal arts and in conducting. Bard also bestows an M.Music degree at Longy School of Music of Bard College in Cambridge, Massachusetts. Bard and its affiliated institutions also grant the following degrees: A.A. at Bard High School Early College, a public school with campuses in New York City, Cleveland, and Newark, New Jersey; A.A. and B.A. at Bard College at Simon’s Rock: The Early College, in Great Barrington, Massachusetts, and through the Bard Prison Initiative at six correctional institutions in New York State; M.A. in curatorial studies, M.S. in economic theory and policy, and M.S. in environmental policy and in climate science and policy at the Annandale campus; M.F.A. and M.A.T. at multiple campuses; M.B.A. in sustainability in New York City; and M.A., M.Phil., and Ph.D. in the decorative arts, design history, and material culture at the Bard Graduate Center in Manhattan. Internationally, Bard confers dual B.A. degrees at the Faculty of Liberal Arts and Sciences, St. Petersburg State University, Russia (Smolny College); American University of Central Asia in Kyrgyzstan; and Bard College Berlin: A Liberal Arts University; as well as dual B.A. and M.A.T. degrees at Al-Quds University in the West Bank.

Bard offers nearly 50 academic programs in four divisions. Total enrollment for Bard College and its affiliates is approximately 5,000 students. The undergraduate College has an enrollment of more than 1,900 and a student-to-faculty ratio of 10:1. For more information about Bard College, visit www.bard.edu.
###
(04/01/15)