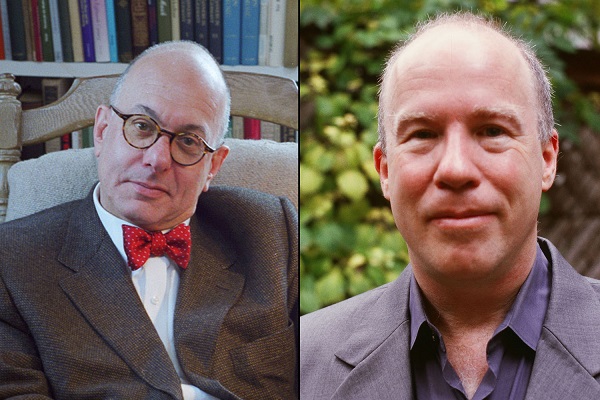 “Nothing is more mysterious, and nothing more vital, than the foreign policy of President Donald J. Trump,” says Danner. “Here, even more than in domestic policy, his beliefs and intentions are a murky mass of contradictions: shunning traditional allies unless they ‘pay up,’ joining hands with Vladimir Putin, ‘bombing the s***’ out of ISIS. Trump is a self-described hard-liner who talks retrenchment, a strong man deeply skeptical of America’s traditional commitments, and he takes office with all the added powers of a leader of a nation permanently at war.”

Leon Botstein, conductor, music historian, and leader in education reform, has been president and Leon Levy Professor in the Arts and Humanities of Bard College since 1975. The author of Jefferson’s Children: Education and the Promise of American Culture, he has published widely in the fields of music, education, and history and culture. Founder of Bard High School Early College, he has been a pioneer in linking American higher education to public secondary schools. Botstein is also a renowned international conductor who has served as the music director and conductor of the American Symphony Orchestra since 1992. He artistic codirector of SummerScape, the Bard Music Festival, and The Orchestra Now (TŌN), as well as conductor laureate of the Jerusalem Symphony Orchestra. His honors include the Award for Distinguished Service to the Arts from the American Academy of Arts and Letters and Harvard University’s Centennial Award, as well as the Cross of Honor from the Republic of Austria.

Mark Danner is a writer and reporter who for 25 years has written about politics and foreign affairs, focusing on war and conflict. He has covered, among many other stories, wars and political turmoil in Central America, Haiti, the Balkans, Iraq and the Middle East, and, most recently, the story of torture during the War on Terror. His books include Torture and the Forever War (forthcoming), Spiral: Trapped in the Forever War (2016), Stripping Bare the Body (2009), The Secret Way to War: The Downing Street Memo and the Iraq War’s Buried History (2006), Torture and Truth: America, Abu Ghraib, and the War on Terror (2004), The Road to Illegitimacy: One Reporter’s Travels through the 2000 Florida Vote Recount (2004), and The Massacre at El Mozote: A Parable of the Cold War (1994). Danner is James Clarke Chace Professor of Foreign Affairs and the Humanities at Bard College and Chancellor’s Professor of Journalism and English at the University of California, Berkeley.