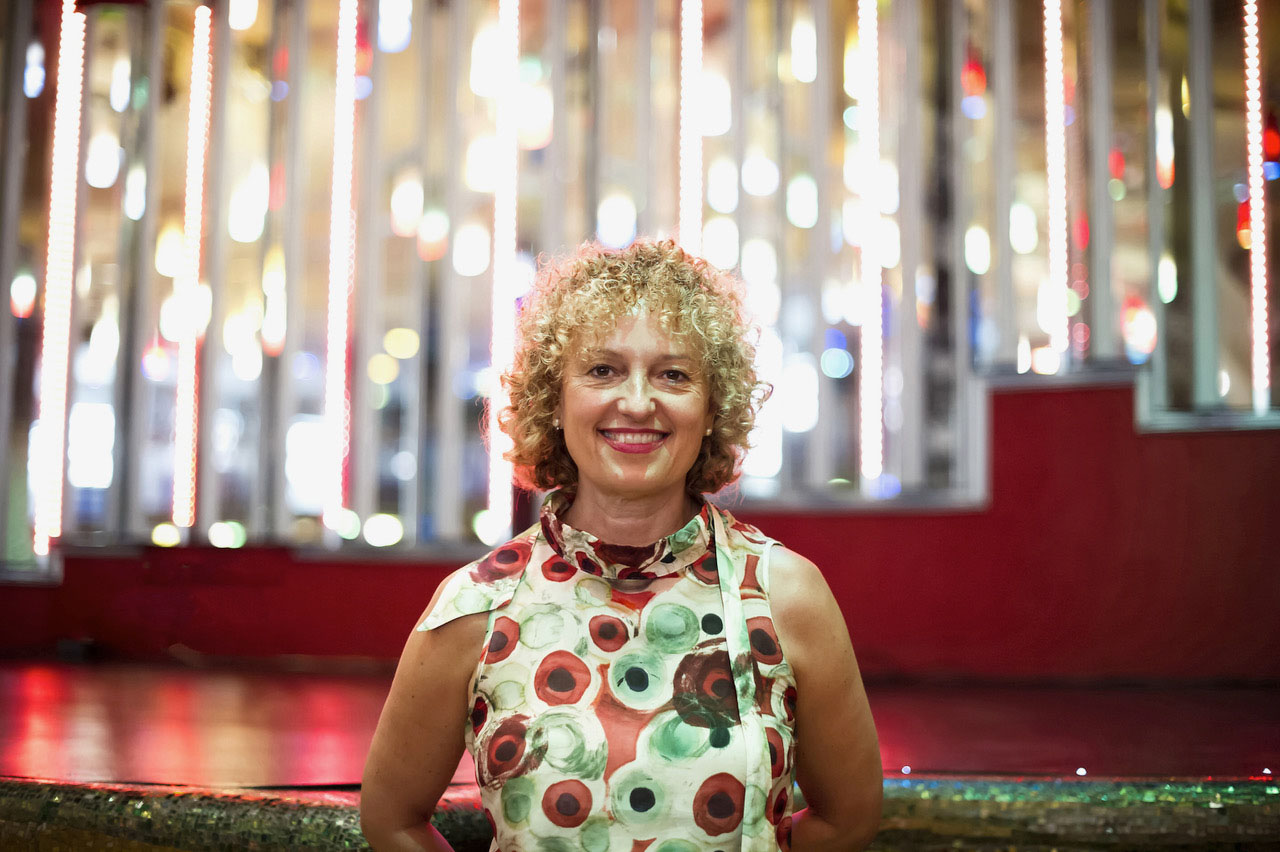 Award Given with Audrey Irmas Prize of $25,000
Presented at CCS Bard Gala Celebration on April 17, 2019 in New York City
ANNANDALE-ON-HUDSON, NY, October, 2018 — The Center for Curatorial Studies, Bard College (CCS Bard) is pleased to announce that Carolyn Christov-Bakargiev, Director of Castello di Rivoli in Turin, Italy, has been selected as the recipient of the 2019 Audrey Irmas Award for Curatorial Excellence. For the past twenty years, the Audrey Irmas Award for Curatorial Excellence has celebrated and awarded the individual achievements of a leading curator or curators whose lasting contributions have shaped the way we conceive of exhibition-making today. The award will be presented to Christov-Barkargiev by Patrizia Sandretto Re Rebaudengo at a gala celebration and dinner co-chaired by Lonti Ebers and Martin Eisenberg on April 17, 2019 at 666 Fifth Avenue in New York City. Event location provided by Brookfield Properties with additional generous support from Lonti Ebers.

"Carolyn Christov-Bakargiev is a singular force within the field of contemporary exhibition making.  Her far-reaching ideas and bold commitment to artists making new and ambitious works is equally matched by her exploration of artistic histories and their re-presentations.  Her remarkable dOCUMENTA(13)was undoubtedly one of the great exhibitions of our time," - Tom Eccles, Executive Director, CCS Bard

“I am very pleased to receive this important award, and to follow many other visionary people who have received it before me. To young people approaching our field I wish to say: act committedly, act with skepticism, and act understanding that we serve the artists and no-one else, as they alone in our art world, with their intelligence, knowledge, emotions, craft, and labors, address, as they have always addressed, the problems of their times. The work artists do celebrates life, not art, and time and again it has repaired and healed the world,” - Carolyn Christov-Bakargiev

The 2019 award will once again be given under the name of patron Audrey Irmas, who has bestowed the endowment for the Audrey Irmas Prize of $25,000. Irmas is an emeritus board member of CCS Bard and an active member of the Los Angeles arts and philanthropic community. The award has been designed by artist Lawrence Weiner, and is based on his 2006 commission Bard Enter, conceived for the entrance to the Hessel Museum of Art at CCS Bard.

Carolyn Christov-Bakargiev (b. 1957, Ridgewood, New Jersey, US) is an Italian and American author, an organizer of events and exhibitions, and a researcher of artistic practices, the histories of art and the politics of aesthetics and multispecies co-evolution. She is the Director of Castello di Rivoli Museo d'Arte Contemporanea and Fondazione Francesco Federico Cerruti in Turin and is currently completing the expansion of the museum to incorporate the Cerruti Collection (May 2019). Additionally, she is Edith Kreeger Wolf Distinguished Visiting Professor in Art Theory and Practice at Northwestern University (2013–ongoing).

Previously, she was Senior curator at P.S.1 Contemporary Art Center, a MoMA affiliate in New York, from 1999 to 2001; the chief curator at Castello di Rivoli (2002-2008); the artistic director of the 16th Biennale of Sydney, Revolutions—Forms That Turn in 2008; the artistic director of dOCUMENTA (13) which took place in 2012 in Kassel, Germany as well as in Kabul, Afghanistan; Alexandria and Cairo, Egypt; and Banff, Canada; the curator of the 14th edition of the Istanbul Biennial (SALTWATER: A Theory of Thought Forms) in 2015 and, in 2016, she became the ﬁrst person to simultaneously direct both of Turin’s two art institutions, the Castello di Rivoli Museo d’Arte Contemporanea and the GAM – Galleria Civica d’Arte Moderna e Contemporanea (2016-2017) where she organized exhibitions such as  Organismi (2016) and Colori (2017).

As a writer, she has been interested in the relations between historical avant-gardes and contemporary art and has written extensively on the Arte Povera movement, such as in her book Arte Povera (Phaidon Press, 1999). She published the first monograph on the work of South African artist William Kentridge (1998–99), and the first monograph on Canadian artist Janet Cardiff, including works done in collaboration with George Bures Miller (2001). She has organized exhibitions with and written books on Fabio Mauri (1994), Alberto Burri (1996), Franz Kline (2004), Pierre Huyghe (2004), Giovanni Anselmo (2016), Ed Atkins (2017), Anna Boghiguian (2017), Wael Shawky (2017), Nalini Malani (2018) and Hito Steyerl (2018-forthcoming).

About the Center for Curatorial Studies
The Center for Curatorial Studies at Bard College (CCS Bard) was founded in 1990 as an exhibition and research center for the study of late twentieth-century and contemporary art and culture and to explore experimental approaches to the presentation of these topics and their impact on our world. Since 1994, the Center for Curatorial Studies and its graduate program have provided one of the world’s most forward thinking teaching and learning environments for the research and practice of contemporary art and curatorship. Broadly interdisciplinary, CCS Bard encourages students, faculty and researchers to question the critical and political dimension of art, its mediation and its social significance. CCS Bard cultivates innovative thinking, radical research and new ways to challenge our understanding of the social and civic values of the visual arts. CCS Bard provides an intensive educational program alongside its public events, exhibitions, and publications, which collectively explore the critical potential of the institutions and practices of exhibition-making. It is uniquely positioned within the larger Center’s tripartite resources, which include the internationally renowned CCS Bard Library and Archives and the Hessel Museum of Art, with its rich permanent collection.

General information on the Center for Curatorial Studies at Bard College can be found on the newly designed website: ccs.bard.edu

For more information on the Audrey Irmas Award for Curatorial Excellence Award Gala Dinner or to purchase tickets, please contact: