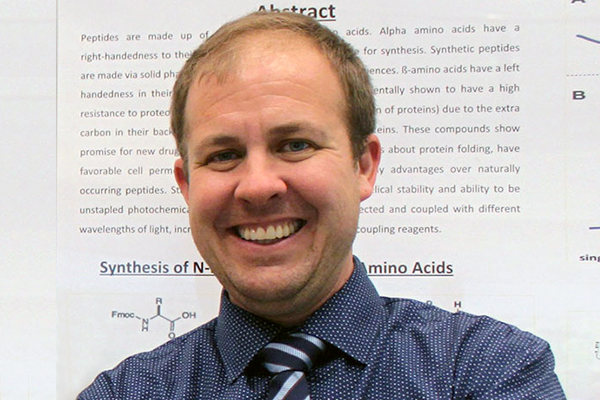 ANNANDALE-ON-HUDSON, N.Y.—The interaction of wind with water and land surfaces is known to control the creation of microbial aerosols, allowing them to be captured by air masses that can be transported regionally and globally. While bacterial aerosols can significantly influence ecology, climate, and public health, they remain poorly studied, especially in urban areas. A new study coauthored by M. Elias Dueker, assistant professor of environmental and urban studies at Bard College and director of the Bard Center for the Study of Land, Air, and Water, sampled air and water at three urban waterfront sites in New York City to evaluate the potential for local connections in waterfront water and air quality. In the study, “Comparison of Bacterial Diversity in Air and Water of a Major Urban Center, published in Frontiers in Microbiology,” Dueker and collaborators, including Shaya R. French ’15, find that the bacterial diversity of urban aerosols was higher than the bacterial diversity of urban waterways. Their results also found evidence of sewage contamination in both water and air at all sites, demonstrating a local connection between water quality and air quality in the urban environment. French worked on the study as a Bard undergraduate biology major.

“The urban environment is complex and often highly contaminated. This paper takes a close look at how this contamination influences bacteria in urban air,” says Dueker. “The bacteria present in urban waterways were compared with the bacteria present in urban air, showing that there are many sources for atmospheric bacteria in an urban environment, including sewage-contaminated waterways and polluted terrestrial areas. We also observed a ubiquitous distribution of sewage-associated bacteria in water and air at several urban sites, highlighting the prevalence of sewage contamination in crowded urban centers and underscoring the complexity of managing this form of pollution in water and air.”

Dueker said that, suprisingly, despite the absence of obvious ecological structures, the air harbored a much more diverse bacterial community than that found in urban waterways. “This provides evidence for the possibility of an atmospheric ‘ecology’ and is a step toward understanding the role of megacities in determining the quality of urban air,” he said.

This study was funded by a Hudson River Foundation Grant.

To read the full study, click here. For more information on the Bard Center for the Study of Land, Air, and Water, please visit landairwater.bard.edu.
# # #