The Vanguard of What?: Kelvin Browne Reviews Alex Kitnick’s New Book Distant Early Warning: Marshall McLuhan and the Transformation of the Avant-Garde 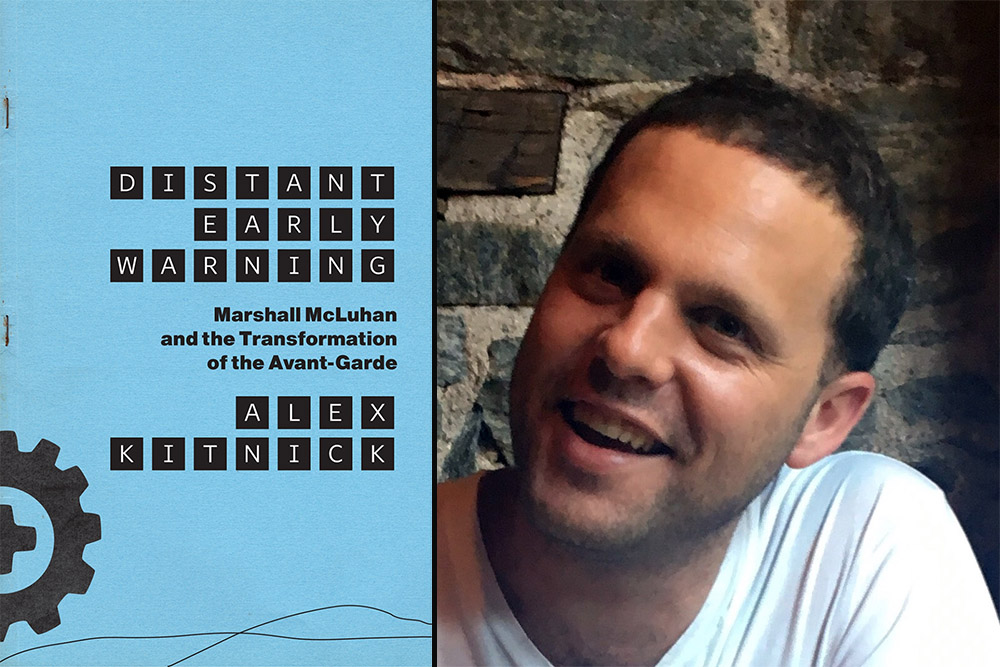 Professor Alex Kitnick and the cover of his new book, Distant Early Warning: Marshall McLuhan and the Transformation of the Avant-Garde.
“Understood or not, McLuhan’s work was influential in its time, and with Distant Early Warning, Alex Kitnick shows how it spoke to numerous artists of the avant-garde,” writes Kelvin Browne in Literary Review Canada. “These artists may already have been aware, even if not consciously, that twentieth-century media consumption was leading to a significant cultural shift, but McLuhan’s analysis helped give shape to their intuitions. That’s why, Kitnick argues, McLuhan should be considered more relevant today than he is: not because of his role in nascent media studies but because he was a bona fide player in the art world.”

Kitnick describes his new book as an introduction to McLuhan’s theory of art. Each chapter positions McLuhan, who is most famous for the idea that “the medium is the message,” into context with individual contemporary artists through “concrete points of contact.” In doing so, Kitnick wants to “to reimagine the relationship between theory and practice, criticism and art.” Alex Kitnick is assistant professor of art history and visual culture and faculty of the Center for Curatorial Studies at Bard College.