This exhibit, described in the expanded text below, can be seen by clicking this link: Blithewood Gardener's Lodge

Anthropological archaeology at Bard has its focus on the Mid-Hudson Valley,

within an hour's drive of the campus. Courses and tutorials take place in autumn and spring, with summer often centering on an intensive archaeological field school. Students in Archaeology at Bard College have the opportunity to study both ancient and historical archaeology, hands-on and in-depth. Adjacent to the Bard campus, the islands, embayments, wetlands, and bluffs of the Tivoli Bays have been occupied by native peoples at least as far back as 9,000 years ago. The College lands have been the scene of historical activity for almost three centuries. Students gain practical experience on diverse Cultural Resource Management projects at Bard and nearby. Graduates have gone on to attain advanced degrees and join the profession.
+ Expand to read more
The photo above illustrates the sequence of research, with the Gardener's Lodge at Blithewood as an example. A site found during management project, first for the Performing Arts Center bus turnaround and then for a driveway to the Campus Center; next became the focus of a summer field school, and finally an outdoor exhibit [view close-up by clicking on address in lower left of Lodge photo]. The exhibit inspired a senior thesis at the College that used its maps to locate the nearby Carriage House, supported by subsurface excavation tests. 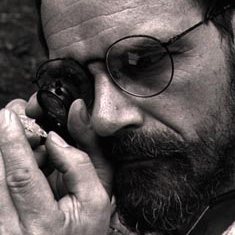 Director of the Bard Archaeology Field School, Assistant Professor of Anthropology
Archaeologist in Residence, Bard College (1997-)
B.A., Hamilton College; M.A., University of Cincinnati; Ph.D., SUNY Albany. He specializes in historical geoarchaeological landscape investigations and experimental use-wear analysis of ancient tools, often with students as assistants in data acquisition. In addition to scientific articles in journals such as Archaeology of Eastern North America, Northeast Anthropology, and Hudson Valley Regional Review, he has edited two collections of scholarly papers, A Northeastern Millennium and A Golden Chronograph for Robert E. Funk. In 2015, Professor Lindner published a book chapter, “Guineatown in the Hudson Valley’s Hyde Park,” in Archaeology of Race in the Northeast (University Press of Florida and Society for Historical Archaeology), based on four field schools and a master's thesis by a 2007 Bard graduate. His summer Archaeology Field School is for college, community, and high school students. During the academic year, he maintains ongoing projects at the prehistoric Forest site at Bard, and at the 18th- and 19th-century Parsonage in Germantown. As scientific consultant, Dr. Lindner participates in environmental impact studies and planning for protection of cultural resources in the Mid-Hudson Valley. He is past president of the New York Archaeological Council, the state's professional organization, and former president of Hudson River Heritage, the historic preservation group for advocacy and education. He has taught at Bard since 1988. Prof Lindner's 1987 doctoral thesis has appeared as a journal article synopsis, which begins on the 2nd page of the pdf file reached by the link below.
Download a summary of Prof Lindner's Doctoral Research