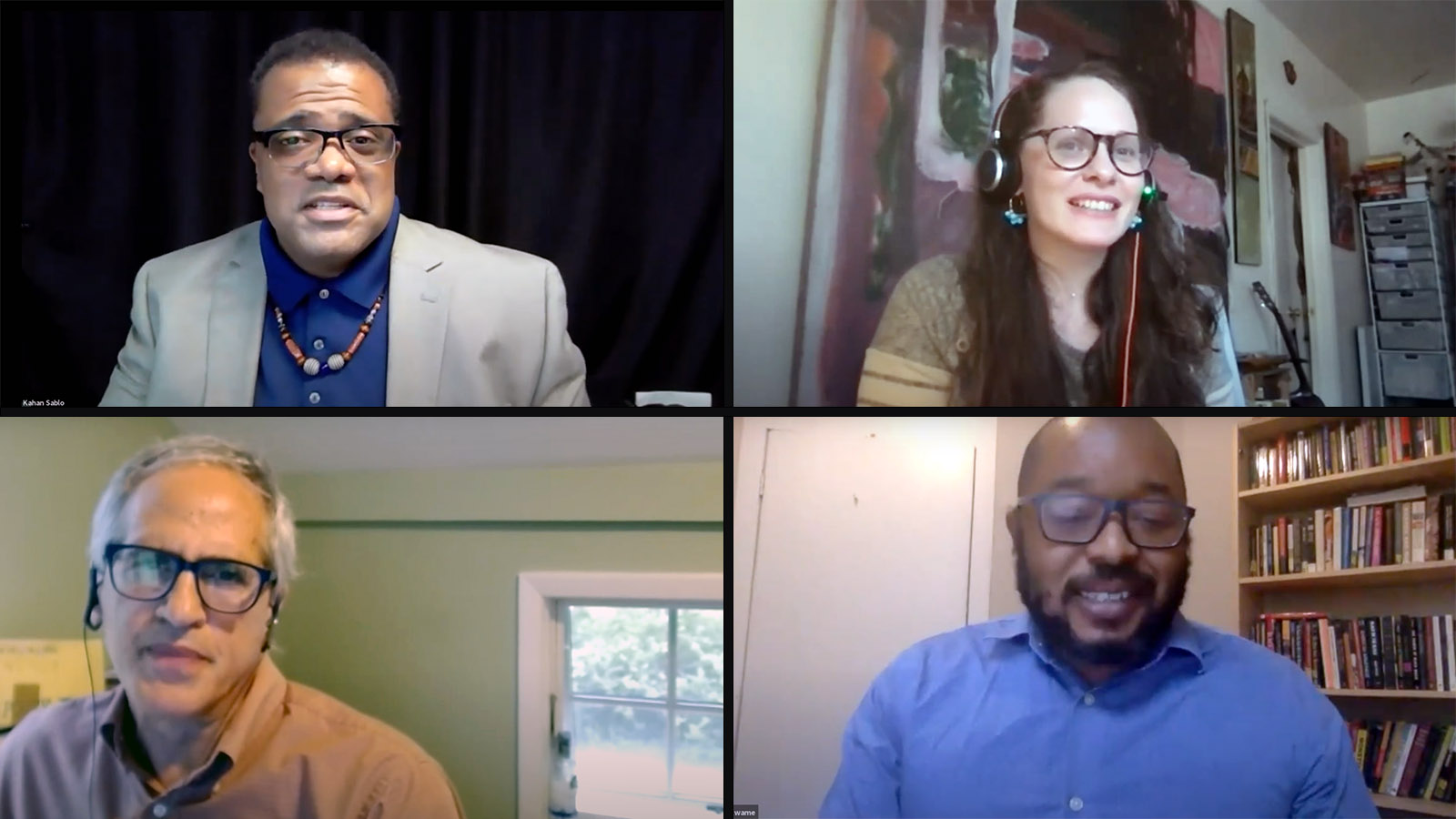 The Chauvin Verdict: Law Enforcement Relationships with Communities of Color

From the President of the College 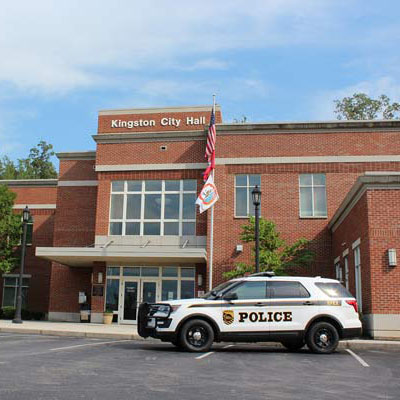 Dr. Kahan Sablo had just moved to Kingston when he had an encounter with a police officer. While Dr. Sablo was out for a run, an officer stopped to question him about reports of a Black man staking out cars in the area. Dr. Sablo took steps to deescalate a brief, tense encounter with the officer, but he wondered if a teenager would have been able to do the same. “I get concerned because…are we going to be marching because there’s blood on the street for something that didn’t need to happen?” he asked. Dr. Sablo's experience is far from unique. A report by Kingston's Re-envison Public Safety Task Force found that 42 percent of all arrests in Kingston involved people of color, while people of color comprise just under 16 percent of the city’s population. The task force has made recommendations to the Common Council to increase community events, improve bias training, and be more transparent about training and discipline, but task force members admit there's a long way to go to safer and more equitable public safety in the city. Read More 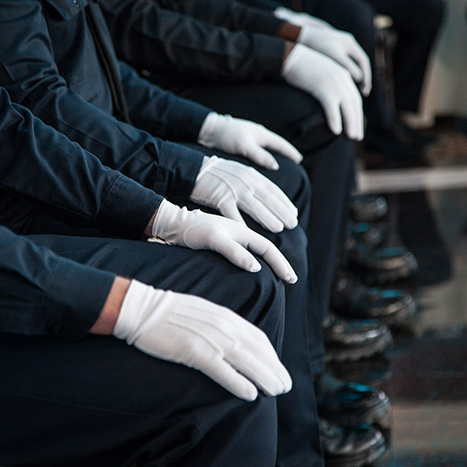 Bard College is exploring a partnership with SUNY Ulster and the Ulster County Sheriff's Office that would provide first-generation police recruits the scholarship funding needed to complete a baccalaureate degree at Bard after earning an associate’s degree in criminal justice at SUNY Ulster. The Police Basic Training Program at SUNY Ulster enrolls a diverse student body, many of whom are first-generation college students. The goal of this potential partnership is to help local law enforcement staffing better reflect the demographics of the community that it serves, while simultaneously equipping police recruits with the critical thinking skills of a liberal arts education.

The Community Relations Working Group of the Council for Inclusive Excellence (CIE) met with representatives from SUNY Ulster, the Ulster County Sheriff's Office, and the Kingston Police Commission (a citizen's group focused on police management and accountability) to discuss transfer and scholarship possibilities, and will follow up later this month to explore more details.

In early spring 2020, Bard completed improvements to the sidewalk lighting along the Annandale Road corridor, from Woods Road to Cruger Island Road. What follows are highlights of the design, as well as an overview of the Safety and Security Office at Bard College Full Story

On June 12, 2020, Executive Order #203 - New York State Police Reform and Reinvention Collaborative was signed to “eliminate racial inequities in policing; to modify and modernize policing strategies, policies, procedures, and practices; and to develop practices to better address the particular needs of communities of color to promote public safety, improve community engagement, and foster trust ...”  This order directs municipalities to consult stakeholders in the creation of a plan that is to be made available for public comment. Click to view plans available on local municipal websites. Full Story

Reporting Incidents of Discrimination or Harassment

Bard College is committed to preventing and addressing all forms of discrimination and harassment that affect the campus community. In order to investigate a complaint and determine an appropriate response, allegations should be delivered through established and secure reporting channels. If you have experienced misconduct, you can make a report by using the Bard College Incident Reporting Form or the Title IX Reporting Form, or by calling the anonymous reporting hotline at 888-323-4198. 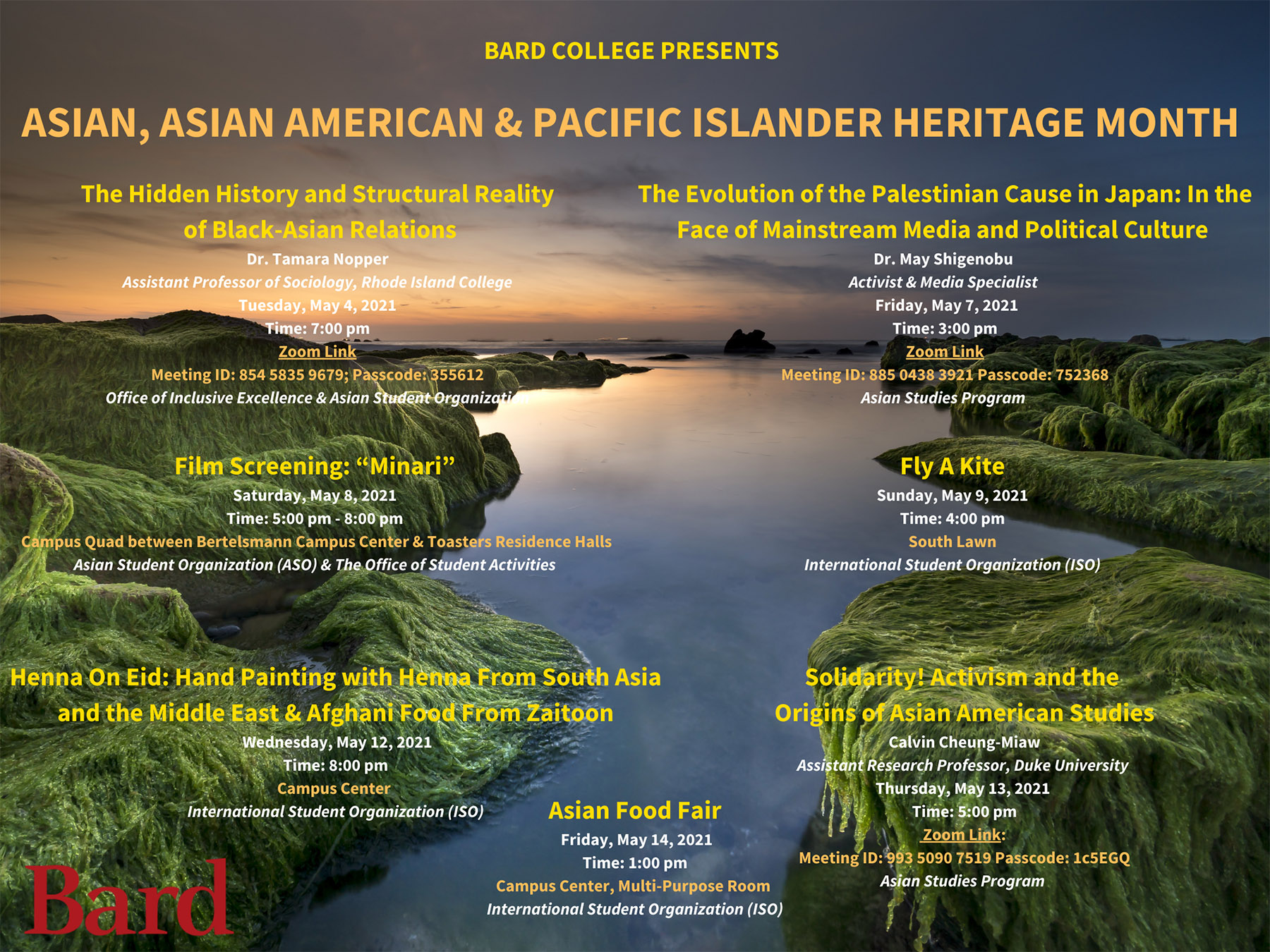 Visit the DEI calendar for Zoom links and details. 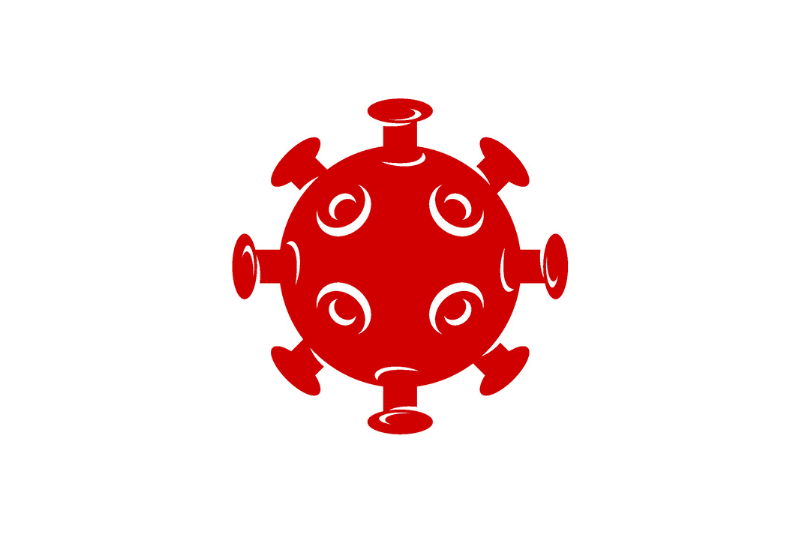 Saturday, May 15, 10:00 am – 3:00 pm EDT
This event and companion online archive aims to reflect critically on the present moment both as a mirror of systemic inequalities—race, gender, class—and as a means of radical transformations—educational and economic, scientific and medical, cultural and interpersonal. Full Story

Students in the Spotlight Bard College student Sonita Alizada has been awarded the 2021 Freedom Prize in recognition of her international advocacy to end forced marriage. Alizada is a 24-year-old rapper and human rights activist from Afghanistan and a sophomore at Bard College. She was chosen by 5,683 young people from 86 countries to receive the prize, which carries an award of €25,000 to support her work. Full Story 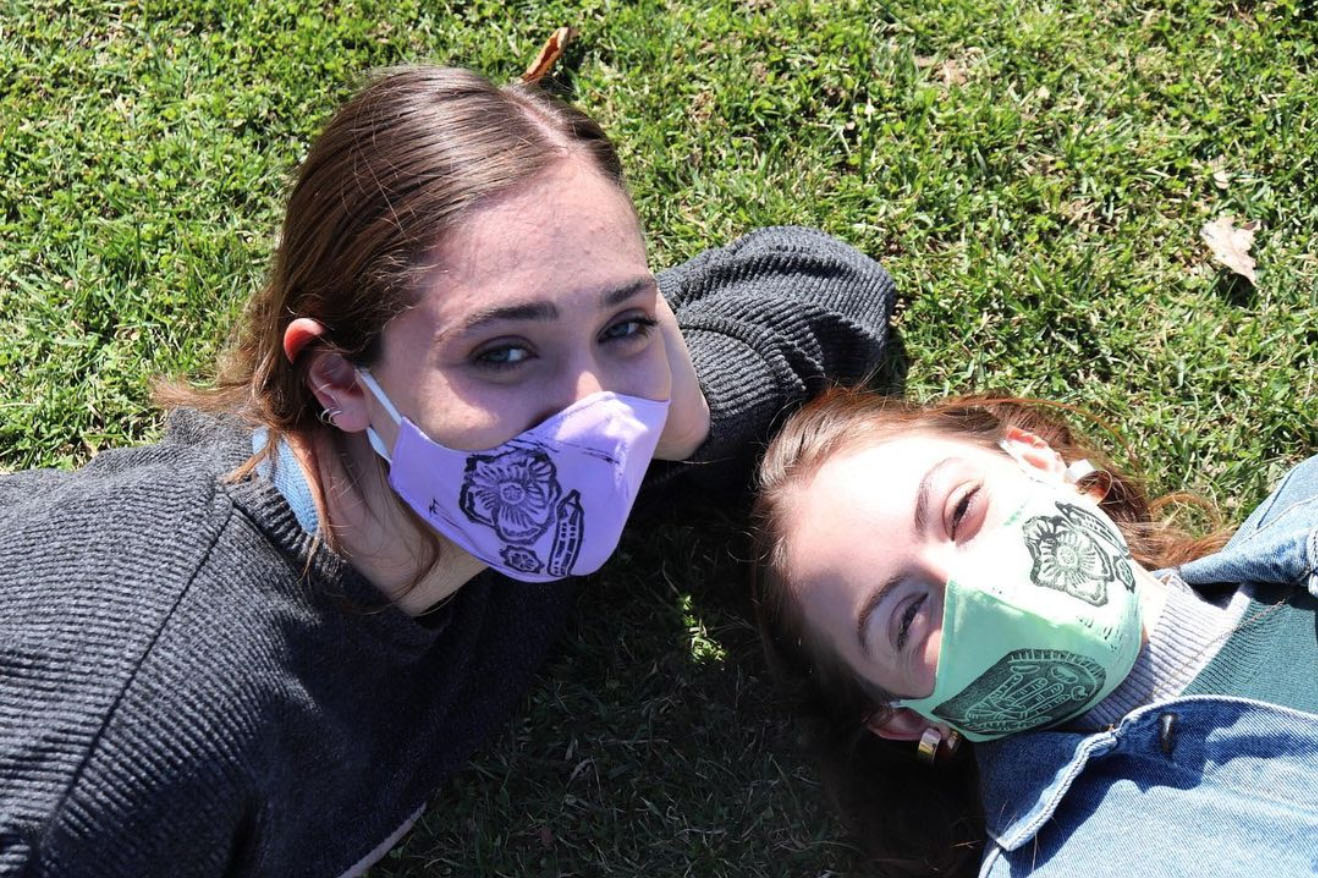 BardEATS is paving the way for more equitable and sustainable food systems on campus. Leading the program are Bard senior Melina Roise and junior Olivia Tencer, with help from fellow students, management from Bard Dining, and support from Bard faculty and staff.  Full Story 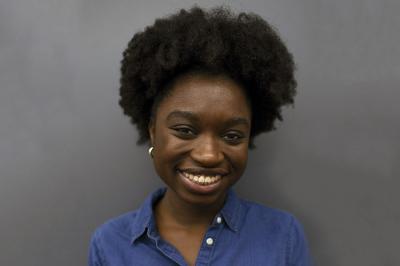 Women of Color United (WOCU) is a campus club created by and for, as the name suggests, women of color. Headed by a host of active and impressive women and femmes of center, Talaya Robinson-Dancy, Sage Swaby, Stecy Mbemba, Naty Rosario, and Luna Ramirez. They bring the spectrum of their expertise into the club experience as they attempt to curate a place where all can feel welcome. Skye Carter interviewed Sage Swaby to ask about the club and how it has fared during COVID. Full Story 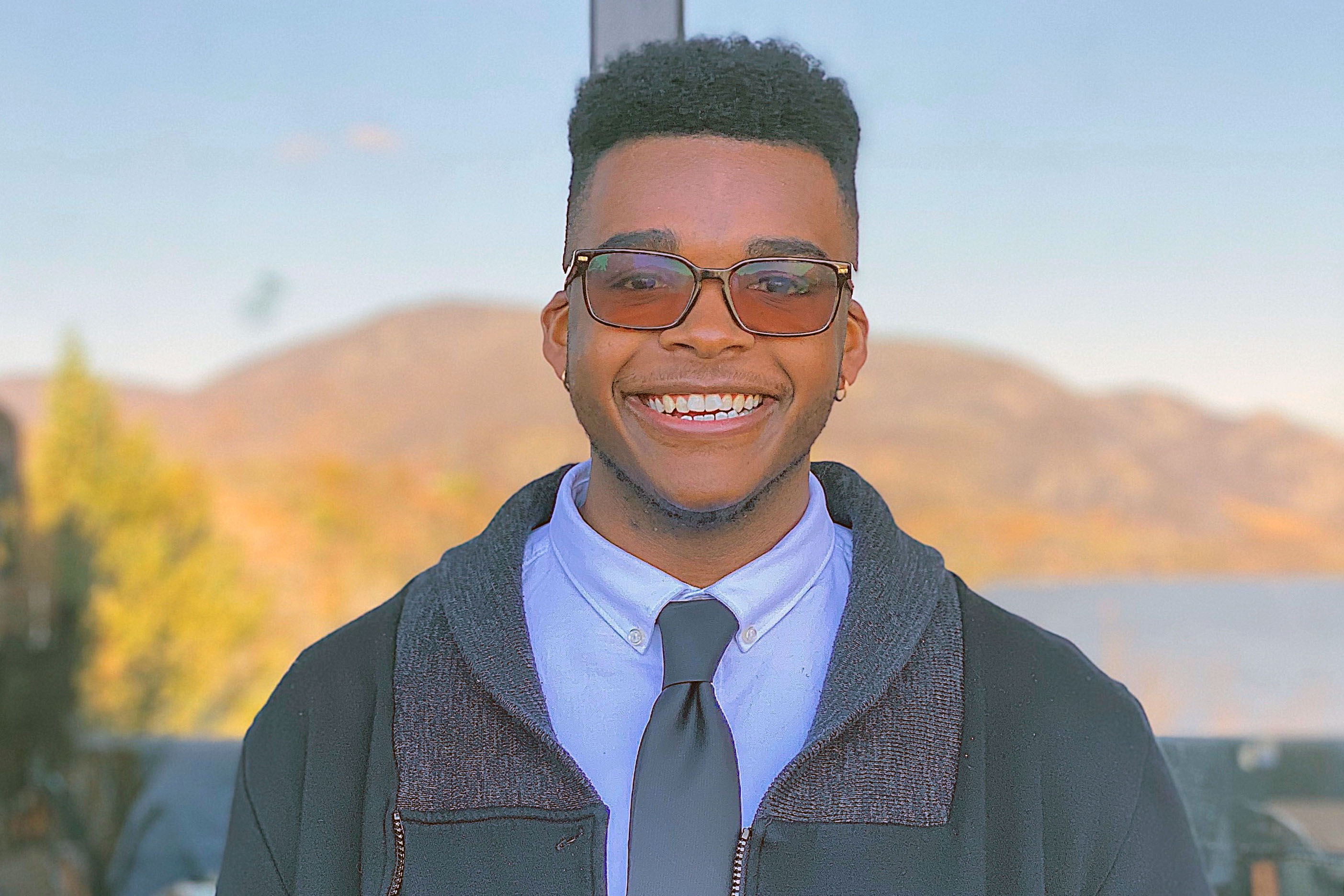 Jahari Fraser ’22 at the Bard Globalization and International Affairs Program

The Bard Globalization and International Affairs Program profiles Jahari Fraser, a Bard junior and Posse Scholar studying Global and International Studies and Spanish Studies. This semester, Jahari is studying at BGIA and interning at Project CETI, a nonprofit organization and 2020 TED Audacious Project Grant recipient that is applying advanced machine learning and non-invasive robotics to listen to and translate the communication of whales.  Full Story 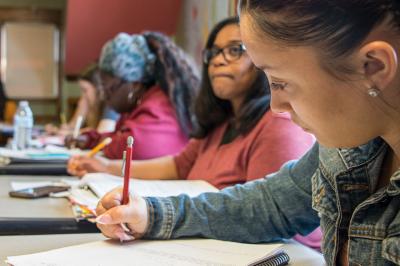 The Bard Prison Initiative (BPI) has announced the launch of its third tuition-free microcollege, which will open in Harlem this fall. Culminating in associate degrees from Bard College, the Bard Microcollege for Just Community Leadership will enroll students who are formerly incarcerated or directly impacted by the justice system and others who aspire to careers in advocacy, community building, or social justice. Admission for the inaugural cohort begins in May. Full Story 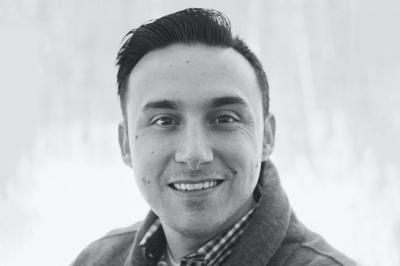 The APS Rising Star designation recognizes outstanding psychological scientists in the earliest stages of their post-PhD research careers. “As an APS Rising Star, you are among the brightest minds in our field,” said APS in its announcement. At Bard since 2019, Lopez earned his PhD in cognitive neuroscience at Dartmouth College. He is the recipient of the National Research Service Award to Promote Diversity in Health-Related Research from the National Institutes of Health, as well as multiple teaching awards. Full Story “You and your students should continue to wear masks and socially distance in the classroom,” Morrison, a professor at the University of California Riverside, writes in response to a vaccinated teacher asking about classroom precautions. “Since your students are not vaccinated, they can get infected with the virus, get sick and also spread it to others. Based on what we know so far, there is a possibility that you could get infected and transmit it to the unvaccinated persons that you interact with inside and outside of the classroom.” Full Story 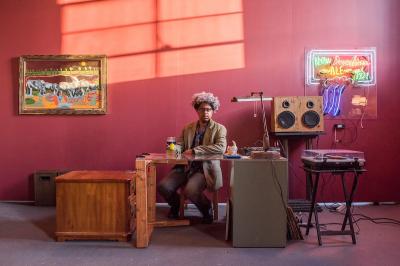 Azikiwe Mohammed ’05: An Artist Who Is Always Heading for Home

Azikiwe Mohammed celebrates everyday heroes and small acts of care in his work. Through different media—painting, textiles, performative installations—he constructs spaces of safety and welcome for people of color and for immigrants whose space is often threatened. Full Story

The artist Azikiwe Mohammed, in his installation as Jimmy, the proprietor of Jimmy’s Thrift Store, in the Knockdown Center in Queens, 2017. Photo credit: Azikiwe Mohammed In 2009, Bach Tong was part of a group of Asian students at South Philadelphia High School that organized an eight-day student boycott after more than two dozen Asian students were attacked at the school. They forced the city to confront the anti-Asian bias that permeated the school system, and it led to a landmark ruling to protect students. After the murders in Atlanta, school and city officials are asking if anything has changed, and how they can prevent future attacks in their city.  Full Story

Students protesting in the wake of anti-Asian attacks at South Philadelphia High School in 2009. Courtesy of Harvey Finkle “When natural disasters and other emergencies hit, resources become scarce, and, too often, people with disabilities cannot access them,” writes Mateo in Just Security. “As global warming continues to drive up temperatures and sea levels around the world, discussions of climate resilience and adaptation must do better to include these communities.” Full Story “The goal of this campaign is not to protect cis-girl athletes as much as it is to make trans athletes disappear,” writes Gessen. “This is a movement to exclude trans girls from community and opportunity. It is a movement driven by panic over the safety of women and children that reproduces earlier panics, like those over the presence of lesbians on women’s sports teams. And, just like earlier panics, this one is based on what passes for common sense but is in fact ignorance and hate.” Full Story Interview: Interdisciplinary Artist Carolyn Lazard ’10 on Their Film Short Crip Time, About the Labor of Care

Crip Time—a meditation on the task of organizing weekly medications and pills—explores cinematic time and the essential work of care. “It is a durational work, and duration plays a large part in my practice,” says Lazard. “My own interests in terms of the medium of video have a lot to do with video’s capacity to represent real time, a kind of duration that matches with our lived experience. ” Full Story Xaviera Simmons MFA ’05 One of Three Female Artists Urged to Go Big. They Didn’t Hold Back.

In the show Brand New Heavies at Pioneer Works in Brooklyn, three female artists answer the curators’ invitation “to do stuff they haven’t been able to do” elsewhere. For Bard MFA alumna Xaviera Simmons—whose practice includes photography, performance, and sculpture—the show was a chance to try a new medium, ceramics. She has built a 15-foot edifice of clay spheres fired at high heat; two video works are shown within, one didactic, the other brashly sensual. Full Story

Photo by Flo Ngala for the New York Times Comprising 150 male couples, Thebes’s Sacred Band was undefeated until it was wiped out in 338 B.C. The warriors’ valor, the Greeks believed, was due to the fact that no man would ever exhibit cowardice in front of his beloved. In the 19th century, their mass grave was found. Daniel Mendelsohn pens this article in the New Yorker ahead of the publication of a new book by James Romm, The Sacred Band: Three Hundred Theban Lovers Fighting to Save Greek Freedom (Simon and Schuster, June 2021). Full Story

Image courtesy Hellenic Ministry of Culture and Sports, Directorate of the Management of the National Archive of Monuments, Department of the Historical Archive of Antiquities and Restorations