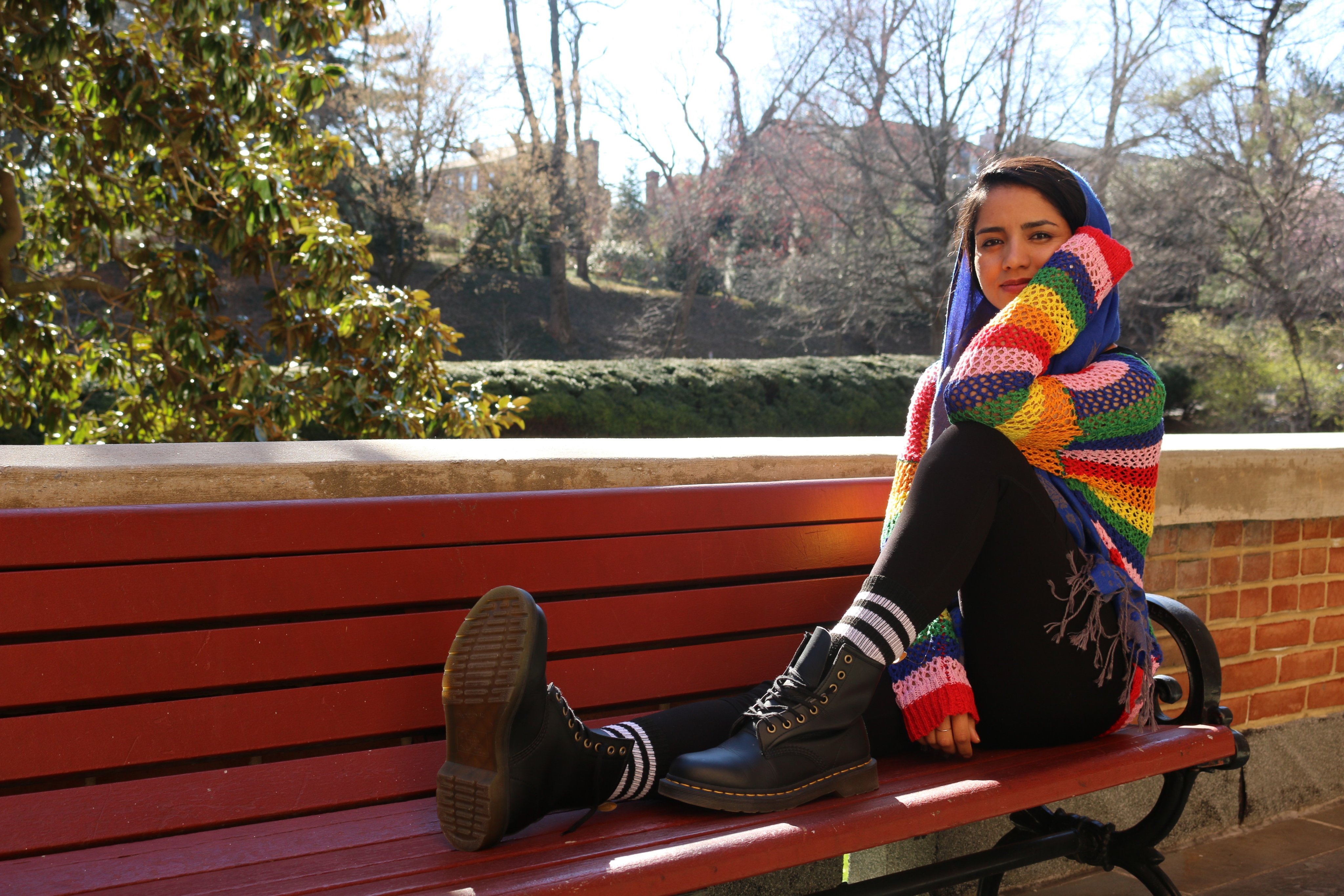 Bard College student Sonita Alizada has been awarded the 2021 Freedom Prize in recognition of her international advocacy to end forced marriage. Alizada is a 24-year-old rapper and human rights activist from Afghanistan and a sophomore at Bard College. She was chosen by 5,683 young people from 86 countries to receive the prize, which carries an award of €25,000 to support her work. The Freedom Prize, organized by the Normandy for Peace Initiative in the Normandy Region of France, recognizes an inspiring young person committed to an exemplary fight for freedom. Alizada is the third Freedom Prize laureate. The prize was awarded in 2019 to Greta Thunberg for her fight for climate justice and to Loujain Al Hathloul in 2020 for her fight for women's rights in Saudi Arabia. Normandy for Peace will present the award at the Normandy World Peace Forum in Abbaye-aux-Dames in Caen, Normandy, June 3–4, 2021.

An international panel of judges selected three Freedom Prize finalists from 251 applications in February. The panel comprised 30 young people of 17 different nationalities. Alizada was selected in addition to Agnes Chow, Hong Kong pro-democracy leader, and Omar Radi, a Moroccan investigative journalist. The Freedom Prize then invited young people aged 15 to 25 to vote for their favorite finalist by April 25.

Sonita Alizada is a rapper who was born in Afghanistan under the Taliban regime. At the age of 10, her family sold her into forced marriage, but the contract fell through. Her family fled the war in Afghanistan for Iran, where they lived as undocumented refugees. In Tehran, an NGO provided Alizada with access to education and a cleaning job. Her family tried again to sell her when she was 16, but she resisted. When Alizada stumbled upon a song by the rapper Eminem, she had an artistic breakthrough. She began writing to tell her story and to speak out against forced marriage and the plight of millions of children around the world. Her first single, “Daughters for Sale,” garnered worldwide attention. Having moved to the United States, she is now a Human Rights major studying law at Bard College. She plans to become a lawyer and to return to her country to defend Afghan women and children.

Alizada’s story is the subject of the award-winning documentary Sonita, directed by Rokhsareh Ghaemmaghami, which premiered at the Sundance Film Festival in 2016.  Alizada has addressed the United Nations and other global forums to advocate against the practice of forced child marriage. She has be named as one of Foreign Policy Magazine’s Global Thinkers of 2015, the BBC’s 100 Women of 2015, an Asia Societies Game Changer of 2017, a 2018 MTV Generation Change Award recipient, Forbes 30 Under 30 Asia 2019, and has been featured by CNN, NPR, BBC, Buzzfeed and over 150 publications in 20 countries.

About the Freedom Prize
The Freedom Prize is an educational initiative that aims to raise awareness of freedom, peace, and human rights, inspired by the values of the D-Day landings of June 6, 1944 in Normandy, France.

The Freedom Prize invites young people aged 15 to 25 from France and around the world to choose an inspiring person or organization committed to an exemplary fight for freedom.   What makes the prize unique is that it involves young people at each stage: from the proposals submitted to the international panel of judges to the final selection of the winner.

Organized by the Normandy for Peace Initiative, implemented with the International Institute of Human Rights and Peace, in partnership with the academic authorities of Normandy and the Canopé network, the Freedom Prize pays tribute to all those who have fought and continue to fight for this ideal.