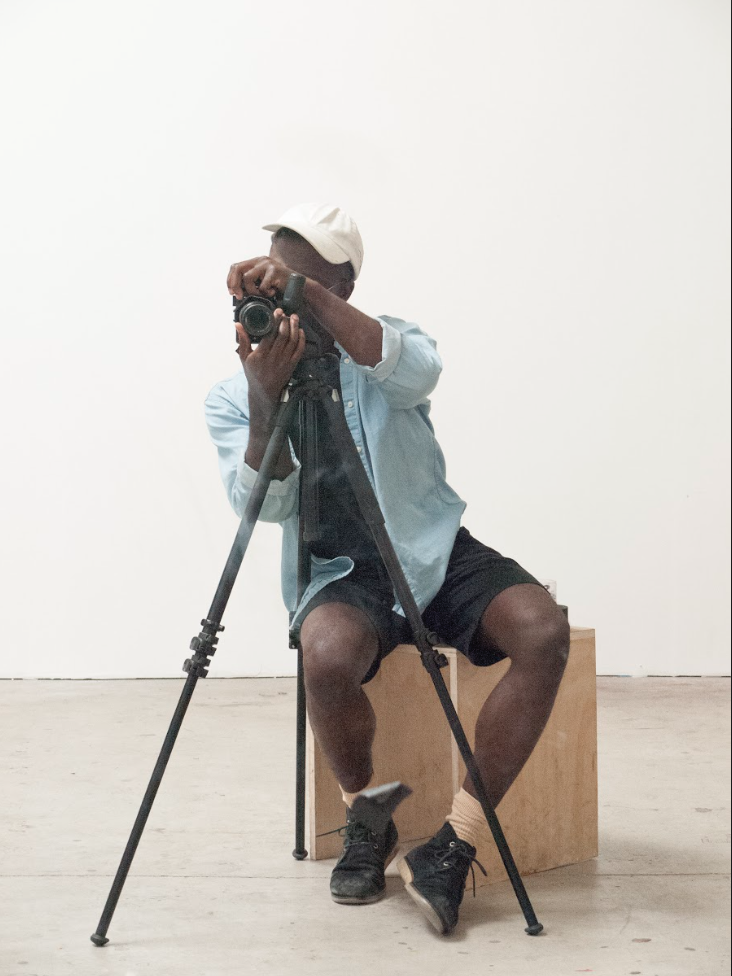 Paul Mpagi Sepuya (b. 1982, San Bernardino, CA) lives and works in Los Angeles, where he received an MFA in photography at UCLA in 2016. From 2000 - 2014 Sepuya resided in New York City, receiving a BFA from New York University’s Tisch School of the Arts in 2004. Sepuya became known for his 2005 - 2007 zine series “SHOOT” and body of work, “Beloved Object & Amorous Subject, Revisited” (2005-8), along with contributions and features in BUTTMagazine, and participation and collaborations in the re-emergence of queer zines culture of the 2000s. He went on to participate in Artist-in-Residence programs at the Lower Manhattan Cultural Council, the Center for Photography at Woodstock, The Studio Museum in Harlem and Fire Island Artist Residency.

Sepuya’s work is in the permanent collections of the Museum of Modern Art, the Whitney Museum of American Art, the Guggenheim Museum, the Studio Museum in Harlem, the International Center for Photography, the Cleveland Museum of Art, the Milwaukee Art Museum and the Carnegie Museum, among others. Solo exhibitions include  “Double Enclosure” at Fotomuseum Amsterdam (2018), “Dark Room” at Document, Chicago (2018) and “Dark Room” at team (bungalow), Los Angeles  and “Figures, Grounds and Studies” at Yancey Richardson Gallery, New York City (both 2017). Sepuya was recently featured in “Being : New Photography 2018” at the Museum of Modern Art and “Trigger” at the New Museum New York City (2018). His first museum survey of work from 2006 - 2018 will open May 2019 at CAM St Louis. Upcoming exhibitions include a survey of work at Contemporary Art Museum St. Louis, and a project for the Whitney Biennial 2019, and group exhibitions at the Walker Art Center, Guggenheim Museum, Getty Museum and Contemporary Art Museum Houston.

Sepuya’s work has been covered and published in ARTFORUM,Aperture, The New Yorker, The New York Times, Art Review, Frieze, Art in America, Monocle,Osmos, The Nation, and he is a recipient of the 2017 Rema Hort Mann Foundation’s grant for Los Angeles artists.